U.S. retail hemp sales soar; when will our farmers grow it? 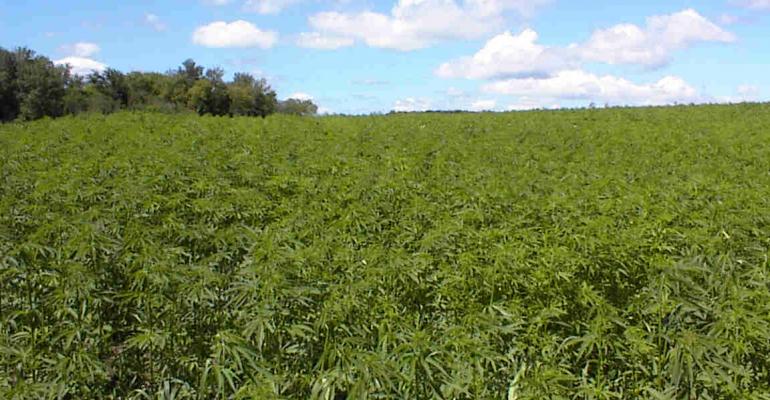 Hemp: nutritionally dense, sustainable to grow, wonderfully diverse, yet forbidden to farm in the United States.

Though U.S. farmers can't grow it, the latest sales data shows American consumers continue to love all things hemp. According to the Hemp Industries Association, a non-profit trade association consisting of hundreds of hemp businesses, retail sales of hemp food and body care products in the United States set records in 2011, reaching $43.5 million.

Sales data collected by the market research firm SPINS shows combined U.S. hemp food and body care sales grew 8 percent, or $2.98 million in 2011. But since those numbers don't include data from The Body Shop, Whole Foods Market, restaurants and several mass-market brands, the HIA estimates that the total retail value of hemp food, supplement and body care sales in the U.S. was really between $130-152 million last year.

Our penchant for the crop has certainly been a boon for Canadian farmers. According to data released by the Canadian government, hemp production in Canada almost doubled in 2011, with total acreage growing to 38,828 acres, according to a release. The HIA estimates the total retail value of hemp products sold in the U.S. at $452 million—money that could be going to U.S. farmers.

To bring attention to the issue, this summer David Bronner, president of Dr. Bronner's Magic Soaps, which makes personal care and home cleaning products using hemp oil, camped out in a steel cage outside of Lafayette Park in Washington D.C. He passed out bread smeared with industrial hemp oil and informed passersby that the oil is rich in omega-3s. Importing hemp from Canada costs his company over $100,000 a year, and he would rather buy the product domestically.

"Obama has promised a rational approach to policies," he said into a microphone hooked up to his cage. "So far as president he has blown off the U.S. hemp industry."

Though firemen forcibly removed him in under three hours using a power saw, the stunt drew national attention, which is maybe just what the hemp industry needed.

In August of 2012, Senators Ron Wyden (D-OR), Rand Paul (R-KY), Jeff Merkley (D-OR) and Bernie Sanders (I-VT) introduced S. 3501, a Senate companion bill to H.R. 1831, the Industrial Hemp Farming Act of 2011. If passed, the bill would remove federal restrictions on the domestic cultivation of industrial hemp, defined as the non‐drug oilseed and fiber varieties of Cannabis.

“Introducing this bill is the first step towards a common sense policy on hemp that helps create American jobs,” said Senator Ron Wyden (D-OR), in a release.  “It is vital that all advocates for industrial hemp redouble their efforts to win support in Congress, if we are going to reestablish this economically important crop.”

I'm hopeful, but in this election year how likely do you think it is that the bill will pass?