Want to avoid being a victim of 'health washing'? Eat real food. 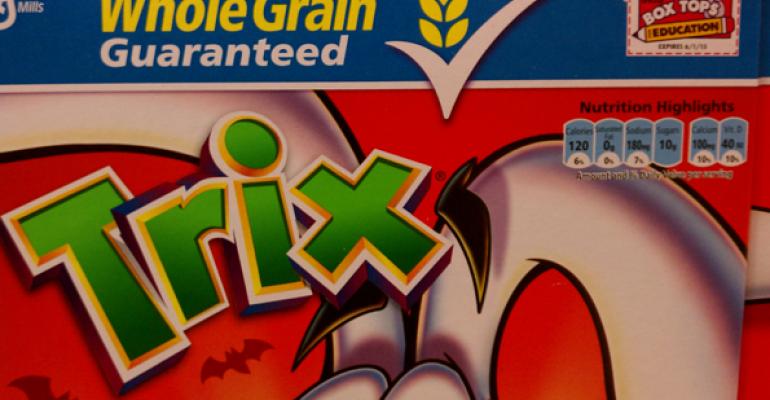 As part of my quest to clean up my diet, lose weight and improve my strength and energy, I’ve been following the Paleo program of eating for the last several months. This means I’m consuming lots of vegetables and lean protein and staying away from grains, dairy and sugar. When I started, I anticipated that giving up my bagel and baguette habits would be most difficult, but actually it’s the sugar that is the hardest to avoid—especially this time of year.

My husband is one person who thinks the cold turkey approach to sugar elimination is a little extreme, and he might be right. But the more I learn about the harmful effects of sugar—effects that go way beyond sugar’s connection to obesity and diabetes—and learn how much sugar lurks in many of the foods I used to regularly eat, the more determined I am to beat what I now realize has been a lifelong sugar addiction. For me, the best way to do this is to give up the sweet stuff entirely.

Most Americans know they should eat less sugar, but too few actually make a real attempt at it. And, unfortunately, the big food companies make it easy for us to think they are selling us healthier, less-sugar-filled food—when, in fact, they are often really engaging in some serious “healthwashing.”

General Mills is a good case in point. In October, the cereal giant issued a press release touting the fact that it had “improved the health profile” of products driving 25 percent of its retail sales volume in 2011. Reducing the sugar content of its Lucky Charms and other popular kid cereals to no more than 10 grams per serving has been a big part of this effort. As General Mills reports: “We've lowered sugar levels in our kid cereals by more than 14 percent on average, with some reduced as much as 28 percent.” This might sound impressive until you consider that a serving size of these cereals is 30 grams—which means that one bowl served to your 4-year-old is still made up of one-third sugar.

So why not slash the sugar content more? As General Mills itself admits, it simply can't do this and still expect kids to want to eat the product. “We know that right around nine grams of sugar per serving, you're at the breaking point where the sugar level is so low that the sweetness is not enough for a kid to eat it on day two after trying it on day one,” Susan Crockett, the head of General Mill’s Bell Institute of Health and Nutrition, told the Wall Street Journal in October. “We're close to the sweetness threshold in cereal.”

Crockett is probably correct that children (and adults) who have grown up eating super sweet cereal might initially balk at eating something that is less sweet; but from my own experience, I know a person’s taste buds can be retrained to appreciate and even enjoy less sugary fare. The key, of course, is giving your kids (and yourself) time to adjust to the change. The best way to do this might be to cut out cereal altogether and start the morning with a healthier breakfast that features lean protein such as eggs, an avocado or other healthy fat, and fresh fruit and vegetables.

A more egregious aspect of General Mills’ recent health washing involves the company’s popular and growing line of “fruit” snacks, including its Fruit Roll Ups, Fruit by the Foot, Fruit Gushers and Fruit Shapes, to name a few. The problem with these products is that, even though they contain no fruit at all and are really just glorified candy, they are positioned as healthy snacks for kids.

The Center for Science in the Public Interest feels so strongly that this marketing is misleading that it has launched a class-action lawsuit against General Mills. According to the suit, General Mills is “conveying an overall message of a healthful snack product to parents when, in fact, the products contain dangerous, non-nutritious, unhealthy partially hydrogenated oil, large amounts of sugar, and potentially harmful artificial dyes."

Consumers who want to avoid becoming victims of such healthwashing attempts would be wise to eat whole foods whenever possible and to scrutinize the labels of any processed foods they purchase—even those donning natural and organic seals and health claims on their packaging.