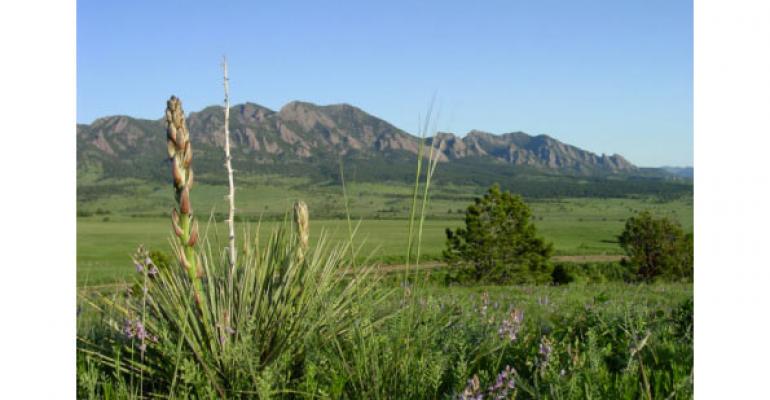 I am fortunate. I live in one of the greenest, most outdoor-oriented towns in the country. It's also one of the most wealthy.

This morning I went for a run along a well-maintained trail snaking along the base of the foothills in Boulder, Colo. The sun was shining. The grass was green. And a small army of fellow Boulderites were out enjoying their morning fitness rituals just like myself—only they all move a heck of a lot faster than me. It’s scenes like this that give Boulder its reputation as a health and fitness Mecca, and that might contribute to Colorado’s placement as 9th healthiest state in the nation, according to America’s Health Rankings.

But many Americans don’t have access to this kind of health-inducing environment. I visited family this weekend near Detroit, Michigan ranked 49th fittest city in the nation by the The American College of Sports Medicine (ACSM) American Fitness Index (AFI).

And it’s no wonder. Most of the Detroit metro area is paved. I jogged on concrete for the first time in my life and it felt like my knees were bleeding after mile one. With few parks, recreation centers or even swimming pools—not to mention high poverty and crime rates—it’s no surprise Detroit trails behind cities with more green (both kinds) when it comes to health and fitness.

So many factors contribute to obesity, heart disease, asthma rates, and many other chronic—and preventable!—illnesses in this country. But it’s hard to tell the residents of cities like Detroit or Oklahoma City (ranked 50th) to get out and get moving when what that entails for them looks drastically different than what it means for me.

So as we all—as citizens and as players in the health and nutrition industry—attempt to fight obesity, diabetes, and heart disease, let’s not forget that it takes more than a diet and more than a supplement.

Yes, consumers should invest in their health. But at the local level, perhaps even at a national level, we need to encourage investment in the infrastructure that encourages and promotes a healthy lifestyle. Because the line between a healthy community and an unhealthy one shouldn’t be drawn on economic lines.