HomeProducts and TrendsFood and BeverageWhy I'm going vegan
Recent
Latest
Sponsored Content
The goodness wrapped in a certified organic seal – video
Podcast: What brands need to get on shelf at Fresh Thyme Market
May 24, 2022
Natural Habitats releases Palm Positive+, A Reference Guide
May 24, 2022
The Planting Hope Company aims to prove gender equity leads to success
May 23, 2022
Trending
Whole Foods' honors 30 companies with 10th annual Supplier Awards
May 18, 2022
Getting ready for 2023: Trends for brands to consider
May 17, 2022
6 tips to promote consumer understanding of Certified Organic
May 18, 2022
Natural beauty market trends
Jun 16, 2021 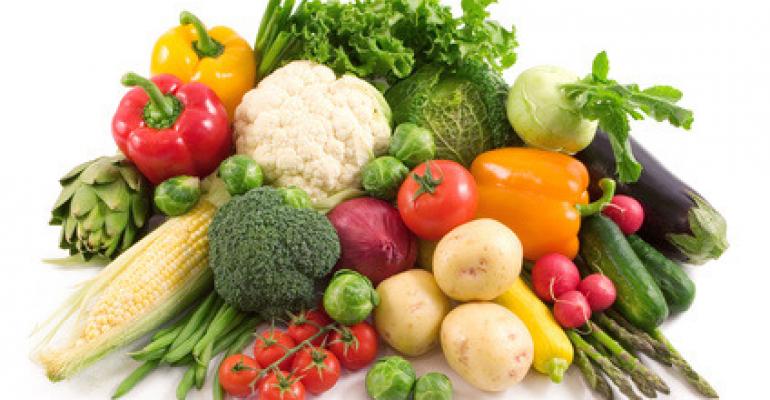 Today, I received this email from a good friend:

"I guess I'm pretty much vegan now. I'll still be rocking leather boots, but no animal products go into my body anymore! I'm so happy to be back to real foods. It's been pretty easy for me. I never really ate red meat or dairy, so it's more a matter of not eating chicken and eggs. I really haven't missed them. I feel better, think more clearly and I'm not giving my money to that system anymore."

This friend has struggled with digestive and health issues since I've known him. He's seen multiple doctors to treat chronic back pain, and though I'm not surprised, not one suggested dietary changes. He did his own research, decided to try a vegan lifestyle, and while it's only been a few months, already he's noticing health improvements beyond what he did while taking medication.

His story is just one of many that I've heard while researching and writing stories for Natural Foods Merchandiser. Working on a feature for our December issue, I was struck by the number of dietitians, doctors and even retailers who now also support a plant-based diet. Take for example Whole Foods Engine 2 Campaign. For 28 days customers can sign up to eat a vegan diet following Rip Esselstyn’s book, The Engine 2 Diet (Wellness Central, 2009). When the program debuted in 2009, more than 5,000 people signed up, and since its inception it continues to gain steam. Can you imagine such a program taking off during the days of  Atkins?

According to the American Dietetic Association, vegetarians and vegans have lower rates of cancer, lower cholesterol and blood pressure levels and fewer instances of obesity. The research is so convincing, I've decided to try ditching animal products myself.  While I do cook most of my meals at home, rarely eat meat and regularly enjoy a rainbow of fruits and vegetables, I'm intrigued with what veganism may offer. Who couldn't use more energy and increased focus, not to mention fewer pounds before swimsuit season?

This weekend I picked up Veganomicon: The Ultimate Vegan Cookbook (Da Capo, 2007) and began scanning recipes. Some call for curious ingredients such as vital wheat gluten and textured vegetable protein. I opted to make the baked potato soup with kale as it sounded the most like something I'd find in a Deborah Madison cookbook.  I tested my creation this afternoon and while pleased with the result, couldn't help but think, all this needs is a little sour cream.  I may need a little help. If you're vegan, I'd love to hear what you serve non-vegan friends, and how you've managed to stick to the diet.