Why the natural industry should support Prop 37 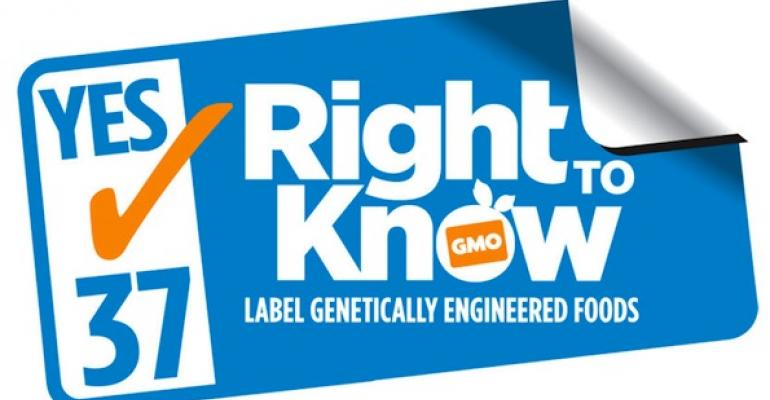 One of the historical cornerstones of the natural products industry is belief in nature. It's the simple idea that nature's systems are brilliant. We don't fully understand natural design but what our scientific observations have revealed gives us a much greater appreciation.

Our role is to supplement where needed and then get out of the way and let nature take its well-designed course. This is the basis of what we all used to call "health food."

Big Food and biotech companies don't see things this way. They're not in the health food business, even if they have acquired some companies for their brand portfolios. They are in the business of food. It's an important distinction. In the food business, nature is regarded as an antiquated operating system that provides biological material for lab improvements which can then be patented.

I'm not making a judgment, just an observation. There are different values and different philosophical approaches. Nowhere is this disparity clearer than in the battle over California's Prop 37.

It's clear why Big Food and biotech oppose Prop 37. It strikes at their profits and patents. They are convinced that if their creations are labeled then people won't want them.

They're probably right. People in Europe don't want them and even poor farmers in Haiti burned GMO seeds rather than plant them.

Why everyone in the natural products industry would not oppose GMOs is less clear.

The ideas of "improving" on natural design, patenting seeds and requiring toxic pesticide use as part of the process (not to mention the un-researched effects of genetic tampering on humans over time) are about as far away from nature as you can get.

These are the days of increasing transparency, sharing information over the Internet and full disclosure. Like alternative healthcare, our natural industry was built on the premise of the right to choose. Doesn't that also include the right to know? Who in our industry believes that the right to know should be regulated by economic interests? That may be the position of Big Food and biotech, but it's an old game. The barn door has been opened. Thanks to numerous documentarians, we've seen what goes on inside—and that door can't be closed.

While there may be legally troubling issues written into Prop 37, the basic premise of the right to know should be supported by our industry loudly and clearly. The New York Times reports that 91 percent of U.S. voters want foods that have been genetically engineered or that contain genetically engineered ingredients to be labeled as such. People have gotten our message. They want to know what they're eating and where it comes from.

Let's not bargain with the ethics and integrity of our industry or confuse the public. We're on their side, aren't we?

Ken Whitman is the president of Natural Vitality and publisher of Organic Connections.

Where do you stand on Prop 37? Share your thoughts in the comments below.