Why no acquisition will save the Twinkie

When Hostess Brands opened its doors in 1930, its founders couldn’t have imagined the impact the company—and its iconic Twinkies and other baked snacks—would have on our history, our culture and our waistlines. Today, the future of Ding Dongs, Twinkies and HoHos remains uncertain, but it’s not just because the Hostess company has shut its doors and is selling off its assets to the highest bidder. 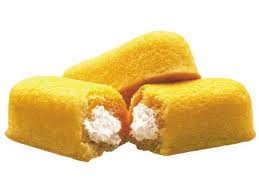 Sure, several potential acquirers including Grupo Bimbo and Flowers Foods (owner of Nature’s Own and Tastykake) are reportedly interested in scooping up the Hostess brands. Still, such a lifeline would likely do little good in the long term.

That’s because, as many of today’s leading food trend experts—including New Hope Natural Media’s NEXT Forecast team—believe, the culture of food is changing such that the majority of consumers soon will no longer want to eat anything that resembles the products once churned out of those now shuttered Hostess factories.

Here are but three of the nails I see in the Twinkie’s coffin:

Real food is making a comeback

Over the years, the Twinkie has become famous for many things—but few of them have had anything to do with what one would associate with actual nutrition. Consumers—and even scientists—marvel at the Twinkie’s unbelievable shelf life, and the product was even implicated in the murders of Harvey Milk and San Francisco Mayor George Moscone through the infamous Twinkie Defense. The question of just what’s in those little yellow snack cakes has become so pervasive that photographer Dwight Eschliman chronicled the 37 ingredients that make up the iconic product in his book, Twinkie, Deconstructed. 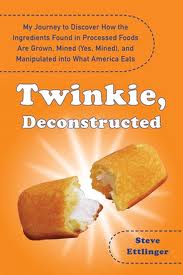 Yet, whether it’s deconstructed or in its "whole" form, the Twinkie represents what’s wrong with food these days to a growing swath of Americans. From the foodies who would rather eat a “real” cupcake over a Hostess variety to the increasing numbers of wholegrarian shoppers who have been educated to understand it’s best to stay away from the boxed products found in the center of the grocery store, more and more consumers are choosing whole foods over highly processed fare. Fortunately for them, a growing number of nutrition-conscious and forward-thinking manufacturers are providing these consumers with a bevy of healthy, minimally processed product options that are making products like the HoHo even less culturally relevant.

Consumers are wising up to sugar

From Dr. Robert Lustig, MD, condemning the sweet stuff as a deadly toxin on 60 Minutes to The Real Bears portrayal of the harmful effects of regularly consuming soda, sugar has been under heated attack this year. And according to recent consumer surveys, the message seems to finally be seeping into American brains.

Here's one recent case in point: Data from the International Food Information Council’s four year survey of U.S. consumers found that 70 percent are trying to consume less sugar. IFIC research also found that the percentage of Americans who blame sugar for their weight gain nearly doubled from 2011 to 2012.

This is all bad news for a food product like the Ding Dong, which contains 36 grams of sugar per serving. To understand just how much sugar this is, the American Heart Association recommends women eat or drink no more than 20 grams of added sugar per day.

Hostess nostalgia is dying off with its older customer base

The Internet is awash with digital tears for the impending death of the Twinkie. But not surprisingly, most are being shed by older consumers who grew up eating Hostess products before it was so well documented just how processed and unhealthy these products really are. Even many of those people who feel overcome by Hostess nostalgia admit they haven’t eaten one of the company's products in years.

A number of other bloggers have already analyzed why food brands such as Twinkies and Chocodiles have failed to resonate with younger consumers, especially the increasingly important millennial demographic. Becky Lang of Zeus Brands makes some particularly compelling points about why millennials find Twinkies and other such products irrelevant. Millennials, she writes, prefer food to feel healthy or wholesome, and they will almost always choose world-inspired, exotic flavors over plain old vanilla or chocolate.

Millennials also prefer to give their money to companies that are run with integrity, says Lang. “What they want, basically, is something healthier and more interesting, made by a company that does right by their customers, their employees and the (gradually warming) world. RIP HoHos.”

Do you think we will see Twinkies and other Hostess brands on store shelves 10 years from now? Share your thoughts in the comments below.