Recent
Latest
Podcast: Innovation, sustainability and integrity at PCC Community Markets
May 18, 2022
Whole Foods' honors 30 companies with 10th annual Supplier Awards
May 18, 2022
EarthX Film Festival focuses on healthy food, sustainability
May 18, 2022
6 tips to promote consumer understanding of Certified Organic
May 18, 2022
Trending
Debra Stark’s light shines bright on natural products industry
May 10, 2022
Unboxed: 7 plant-forward ice creams to stock this summer
May 10, 2022
Getting ready for 2023: Trends for brands to consider
May 17, 2022
Monitor: Consumer research on collagen shows how much education is needed
May 12, 2022

Why you should brag about your store's social responsibility 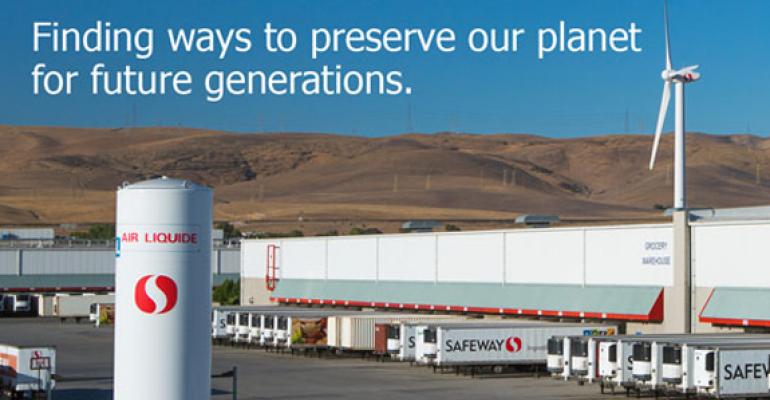 The grocery store chain launched what it calls the “Heart of Safeway Pledge” to promote sustainable actions by customers and employees.

Safeway has done some great things and deserves praise, but the promotion provides another example of supermarkets touting what traditionally has been the realm of health food stores and grocers.

What those supermarkets do better, though, is pat themselves on the back for their efforts. And what Safeway is doing well with this promotion, is pulling customers into the fold by offering a coupon and chance to win gift cards. To get those, Safeway directs customers to reports on its own environmentally friendly actions.

Natural foods retailers can replicate these efforts. In fact, they should, not to brag (as it often feels like big corporations do) but to let customers know the meaning of a store’s operations (and often product selections).

Customers just don’t understand our business and motivations as much as we like to believe. Sharing that story can help them understand and also position your business against (or ahead) of larger competitors.

Authenticity is key. And transparency is appreciated.

Do you often feel like the spotlight is stolen by big retail corporations? Share in the comments.

TAGS: Archive Branding and Marketing
0 comments
Hide comments
Related
CSR & Sustainability: How the Beauty Industry Is Cleaning Up
May 19, 2010