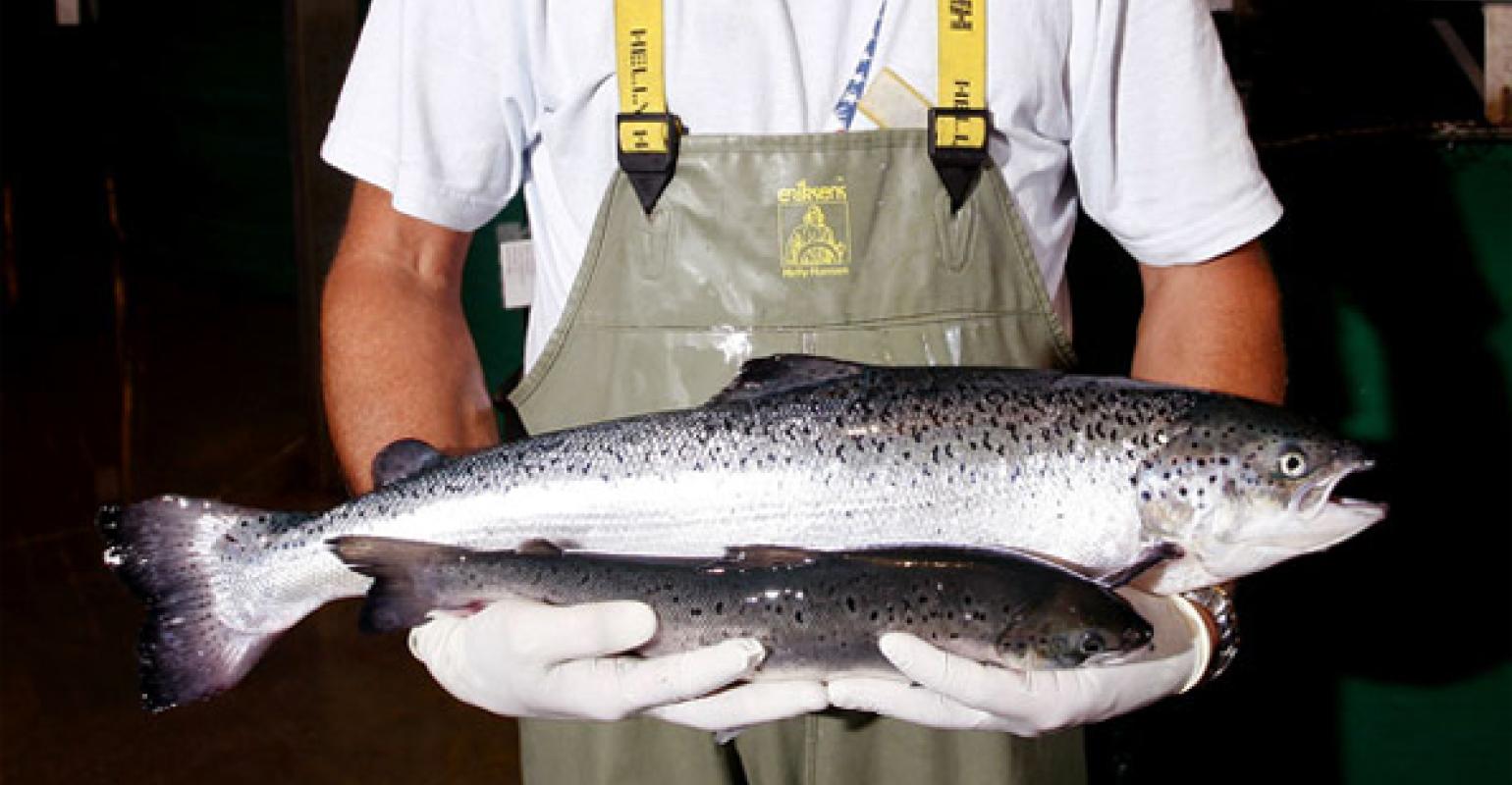 Will GE salmon hit the market?

On Nov. 6, the natural industry endured a blow when California voted down the Prop 37 initiative to label GMOs. But recent news gives non-GMO activists a little hope amongst the doom and gloom of increasing federal approvals and lack of GMO labeling.

Aquabounty, the company famous for creating genetically engineered (GE) salmon (also known as “Frankenfish”), is having a tough time releasing its product to market. According to an article published in the Washington Post, while “the FDA said in a public hearing in September of 2010 that Aquabounty's salmon is ‘as safe as food from conventional Atlantic salmon,’” the association has not formally approved the oversized fish for commercial sale.

The fish in dispute, Aquabounty’s AquAdvantage® Salmon (like the trademark?) includes a gene from a Chinook Salmon, which allows it to grow much faster.

Aquabounty supporters fear if FDA ever does get around to approving the product, it will be too late for Aquabounty to capitalize off it. “Aquabounty had less than $1.5 million in cash and stock,” reports the Washington Post. “And it has no other products besides genetically modified salmon in development.” Indeed, the cash-strapped company may barely last until January 2013.

Will the GE salmon ever reach market? I hope not. True, people have been breeding animals for hundreds of years, but combining genes from different species is unsettling—regardless if the salmon looks and tastes identical to wild salmon. As Hirshberg points out, if you can patent the fish, then it’s not the same (although shoppers wouldn’t know if it has been genetically modified or not because the fish wouldn’t require a label.)

Although Aquabounty stresses that it only creates sterile, female fish (eliminating any possibility that the fish can escape into the wild), if Jurassic Park has taught me anything, it’s that nature finds a way to prevail.

Webinar: The Future of GMO Labeling in the United States
Oct 09, 2012