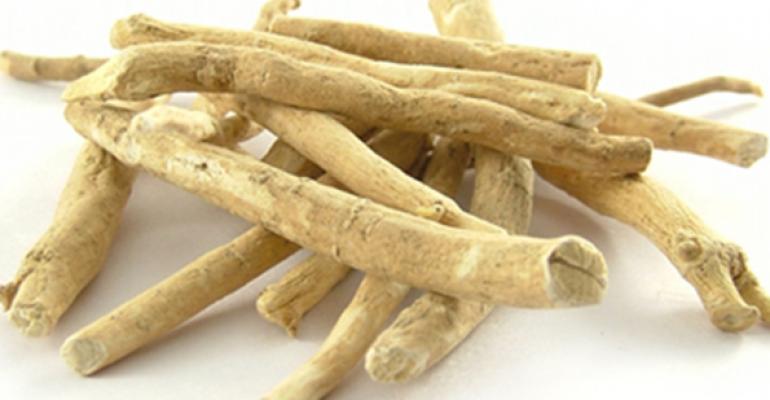 Consuming KSM-66 Ashwagandha for eight weeks can significantly improve endurance levels and quality of life, according to a clinical trial report published in AYU, a journal of Ayurveda medicine.

Researchers have found consuming KSM-66 Ashwagandha for eight weeks can significantly improve endurance levels and quality of life, according to a clinical trial report published in AYU, a journal of research in Ayurveda medicine.

Ashwagandha, a popular medicinal plant in Southeast Asia and southern Europe also known as Indian winter cherry, is often referred to as "Indian ginseng" because of its rejuvenating effects, according to AYU. In 2014, KSM-66 Ashwagandha was the first such supplement certified as non-GMO by the Non-GMO Project.

The double-blind, randomized, placebo-controlled trial used a sample of 50 healthy men and women between the ages of 20 and 45 years. One person was not included in the analysis after withdrawing consent, AYU reported.

Kartikeya Baldwa, director of Ixoreal Biomed, the maker of KSM-66, said, "The traditional Indian system of medicine, Ayurveda, has long advocated ashwagandha for increasing energy, stamina and endurance. There are other published studies documenting the effectiveness of ashwagandha in improving stamina. However, this is the first study using a standardized, branded ashwagandha root extract demonstrating significant positive effects on cardiorespiratory endurance."

Baldwa added, "What is noteworthy is that this study looks not only at physical function but also at psychological and psychosocial well-being. Ashwagandha is known to promote mind-body balance, something of increasing interest to formulators in sports and active health. It is nice to see a study providing additional evidence on this valuable twin function of ashwagandha."

A 2013 study published in the Annals of Neurosciences journal found that KSM-66 Ashwagandha can extend lifespans. The study was conducted on Caenorhabditis Elegans worms, whose metabolic systems are similar to that of humans.