"One of the biggest trends we're seeing is companies really understanding their audiences better and designing with them in mind," says Fred Hart, partner and creative director at Interact, a food and beverage branding and packaging design firm.

To illustrate, he points to the canned water brand Liquid Death. "It has such an extreme look and feel—very heavy metal, very alternative," Hart says. "I don't have any tats or ride a motorcycle, but that visual aesthetic cues more than that. It also cues a counterculture mentality of being unorthodox and willing to challenge the status quo. That's my mentality, and they did a great job of conveying that through design language."

Though stylistically opposite from Liquid Death, Hart says De La Calle, which offers fermented pineapple beverages in vivid yet pared-down cans, has also crafted an aesthetic that speaks to its audience.

"It represents the culture it comes from and captures the flavors and lifestyles we associate with Mexico," he explains. "It uses a visual language that resonates with people or that people have an aspiration for." 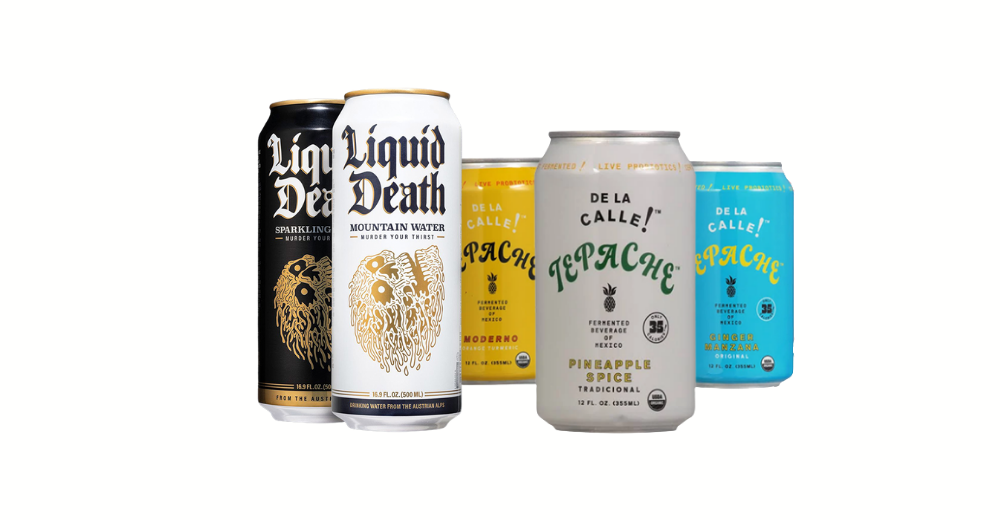