HomeBusiness ResourcesBranding and Marketing3 ways to use unique sampling methods
Recent
Latest
4 tips to get ahead of chemical concerns in packaging
May 20, 2022
7 CBD favorites in the increasingly popular gummies format
May 20, 2022
Mission MightyMe helps parents introduce allergens to babies
May 20, 2022
UNFI's Eric Dorne to step down as chief operating officer
May 20, 2022
Trending
Whole Foods' honors 30 companies with 10th annual Supplier Awards
May 18, 2022
Sponsored Content
The rise of sustainable business – eGuide
Sponsored Content
Getting ready for 2023: Trends for brands to consider
May 17, 2022
Sponsored Content
Unboxed: 7 plant-forward ice creams to stock this summer
May 10, 2022

3 ways to use unique sampling methods 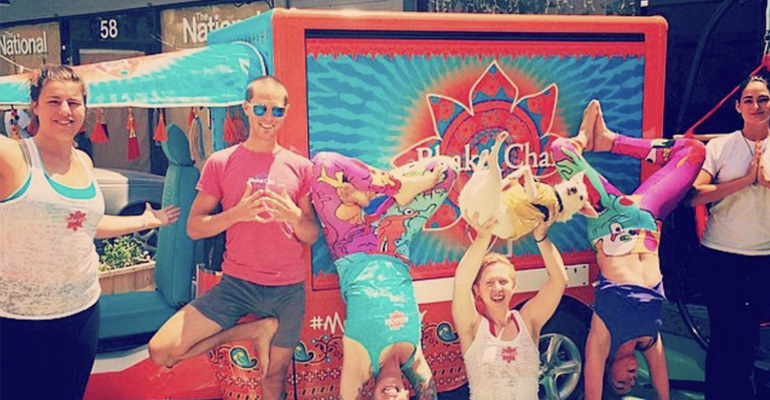 Kicking up your business game in creative ways can reap big rewards.

When RollinGreens co-founders Lindsey and Ryan “Chef Ko” Cunningham wanted to launch their business they took out a $25,000 loan to customize a food truck. Less than two months later it was operational and on the road.

For five and a half years, the food truck was a RollinGreens staple that helped grow a brand that has become synonymous with its Ancient Grain Millet Tots.

Related: Reach out: How to use experiential marketing to build your brand

“We were constantly booked, we worked seven days a week, 100 hours a week,” says Lindsey Cunningham whose company launched its packaged product line in 2015 and had the food truck as a farmers market staple in Boulder, Colorado. “We were able to get face-to-face with our customers and got feedback on a daily basis. It was such a unique approach to launch food into the marketplace.”

Here are a few other ways to offer unique sampling methods from natural food business owners who know.

Chef Ko began doing store demos, along with other people they hired for three years to constantly get that consumer feedback. Last summer RollinGreens took it a step further and teamed up with Beyond Burger, Sir Kensingtons, Health Ade Kombucha and Whole Foods Market for a traveling pop-up burger bar at 12 different Whole Foods. Customers paid $8 for the meal with proceeds going to a charity of Whole Foods’ choice.

Besides giving back to others, Cunningham says the experience also got their tots in front of new customers.

Thanks to a connection with a board member, RollinGreens teamed up with Cooking Matters which is part of Share Our Strength, a national nonprofit organization working to end childhood hunger in the U.S. To raise funds for Cooking Matters, RollinGreens donated a “Night with Chef Ko” where he would go to someone’s home and cook a dinner. The proceeds of the event were then given to Cooking Matters, Cunningham says.

To find good charity partner for a food sampling event, review GuideStar, which rates and ranks charities, at GreatNonprofits.org.

2. Deliver your product by using a creative delivery method.

Go almost anywhere in Asia and you’ll probably see or ride in a tuk-tuk at some point.

Brook Eddy, the founder of Bhakti, the chai beverage company whose name in Sanskrit means “devotion through social action,” loved India while traveling through the country in 2002. To meld the ritual of drinking a cup of spicy chai with a business plan, she converted a tuk-tuk into a sampling station, and hired a driver who traveled around the U.S. for a year before returning to Colorado.

“We wanted to get across how fun we were,” she says. “And we wanted to create an experience.”

They customized the tuk-tuk to hold refrigerators on both sides in the back with a table that slid out to display merchandise and offer pressed pots of hot chai once the two-seater vehicle was parked. After hosting a contest, they named the tuk-tuk Ginger and brought her to Targets, cafes and yoga festivals.

To find the right person who could do “guerrilla marketing and pass out bottles,” Eddy says they hired someone personable, who had been traveling abroad and was only looking for a year-long job and was willing to get his motorcycle license—a necessity in some states if you want to drive a tuk-tuk.

“It is a big spend to pay someone full-time, but it brought a lot of awareness for the brand,” says Eddy, who has retired Ginger to doing local events in Denver and Boulder, Colorado, such as the Jaipur Literature Festival.

What she didn’t anticipate before making the $80,000 purchase for the customized tuk-tuk was all the mechanical things that needed to be fixed along the way, from batteries needing to be charged to refrigeration pieces.

“But a lot of people would stop us because they wanted to know what was that thing driving down the road,” she says. “That’s when we’d stop and hand out a bottle of chai.”

It certainly helps to have celebrity backers like actress Kate Hudson and retired baseball star Alex Rodriguez touting your product. When Zak Normandin, the founder and CEO of Iris Nova, the parent company of Dirty Lemon Beverages, launched in 2015, he knew it needed to be a direct-to-consumer operation. After founding Little Duck Organics, a kid-based food business in 2009, Normandin soon realized he couldn’t get all product ideas directly into the hands of the consumers because of the buyers.

“We were coming up with cool ideas and often getting stopped by buyers,” says Normandin, whose company is backed by Coca Cola. “We wanted to find an easy way for customers to receive the product but reorder them.”

So they used technology as a value-add for their investment to distribute beverages throughout the platform with an order-by-text philosophy.

Unlike most companies, they didn’t sample on a national scale. Instead, they focused on “strategic wholesale accounts” where consumers could buy a single drink instead of spending $65 on a six-pack. 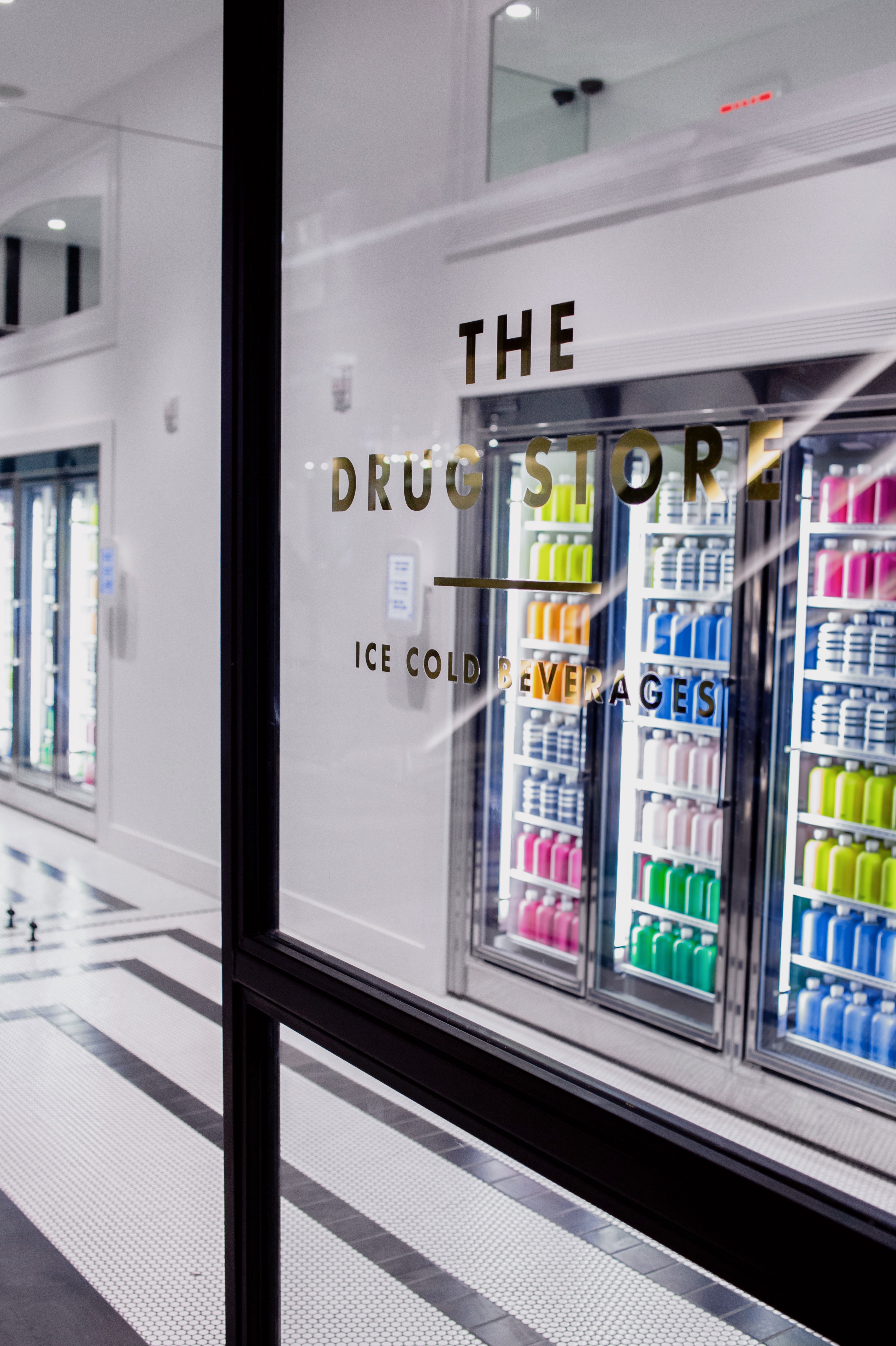 They opted out of traditional grocery stores and focused on being in high-end establishments such as Barry’s Bootcamp locations and Erewhon Market in Los Angeles, as well as setting up space in Manhattan’s Tribeca neighborhood “Drug Store” as its first of several permanent locations.

“We looked at this as a great opportunity for customers to sample the product before buying it,” says Normandin, whose Iris Nova company is now working with startups and established companies to distribute third-party beverages.

By limiting the number of locations customers could access the product, Normandin says they were able to create demand by being highly selective while collecting data to better understand their target demographic.

How Vital Farms builds its brand by educating consumers
Aug 02, 2017

How consumers pick the winners of the NEXTY Consumer Choice Awards
May 13, 2019