Here's what you need to know about supplement claims substantiation 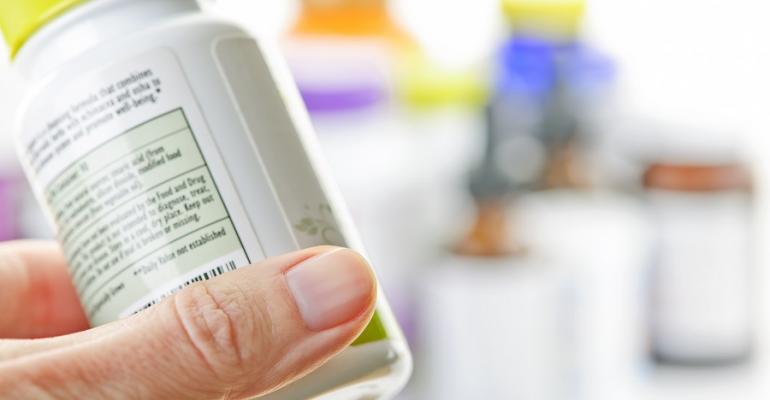 While supplement claims must be backed by scientific evidence, randomized controlled trials are not necessarily required.

FDA and FTC are the regulatory agencies involved with advertising of FDA-regulated products (including, without limitation, foods and dietary supplements). FDA is primarily responsible for the labeling of FDA-regulated products, while FTC is primarily responsible for the advertising of the regulated products. The National Advertising Division (NAD) of the Council of Better Business Bureaus and the Electronic Retailing Self-Regulation Program (ERSP) are self-regulatory bodies that review claims for accuracy and truthfulness. State attorneys general can bring their own actions by enforcing the state mini FTC Acts. Private litigants can bring their own actions under various state laws governing false advertising and unfair and deceptive trade practice and in California, also under the Consumer Legal Remedies Act (CLRA). Competitors have the option of bringing actions for false advertising under the Lanham Act.

Generally, claims made about foods and dietary supplements fit into one of four types: health claims, nutrient-content claims, structure/function claims and comparative claims. Health claims discuss the relationship between a nutrient and a disease or condition and are specifically approved by the FDA. Nutrient-content claims characterize the level of nutrients in a product. Structure/function claims generally describe the role of a nutrient or dietary ingredient intended to affect the normal structure or function of the human body, for example, “calcium builds strong bones.” Comparative claims must compare like products and must not be deceptive. As to the health claims and nutrient-content claims, the advertiser must show that the product meets all requirements to make the claim. Structure/function claims and comparative claims require substantiation.

FTC, FDA, NAD and the ERSP require “competent and reliable scientific evidence” to substantiate all claims (express and implied) used on labels and in advertising. State attorneys general and courts construing claims under the Lanham Act and various state laws likewise generally apply the same standards. The District of New Jersey recently dismissed a private consumer class action lawsuit on the premise that it cannot be premised on a “lack of substantiation” theory (Bayer Phillips’ Colon Health Probiotics Sales Practices Litigation, No. 11-03017 [D. NJ]).

FTC has published the guidance, “Dietary Supplements: An Advertising Guide for Industry,” to aid in defining “competent and reliable scientific evidence.” According to FTC, it includes tests, analyses, research, studies or other evidence based upon the expertise of professionals in the relevant area, that has been conducted and evaluated in an objective manner by persons qualified to do so, using procedures generally accepted in the profession to yield accurate and reliable results.

However, through two consent decrees with Iovate and Nestle, FTC tried to narrow its interpretation of “competent and reliable scientific evidence” to exclusively be defined as two randomized, double-blind, placebo-controlled clinical trials (RCTs). However, consent decrees are essentially a settlement agreement between FTC and the defendant, which should not make them precedential or binding in other cases. Moreover, courts have uniformly rejected FTC’s rigid RCT stance on “competent and reliable scientific evidence.”

The Eleventh Circuit Court of Appeals rejected this narrow definition of “competent and reliable scientific evidence” in FTC v. National Urological Group Inc. and ruled that “district court misapplied the doctrine of collateral estoppel when it barred [defendant] . . . from presenting [non-RCT] evidence to prove their compliance with the injunctions against them.” (Case No. 14-13131 [11th Cir. 2015]). The district court found defendant “in contempt for violating [the] injunctions that prohibit them from making any representation about weight-loss products unless they ‘possess and rely upon competent and reliable scientific evidence that substantiates the representation,’” and thereby collaterally estopped defendant from presenting evidence to substantiate its claims. However, the Eleventh Circuit ruled that the district court erred when it misapplied the law by not allowing Hi-Tech’s evidence to be presented. Thus, the Eleventh Circuit Court of Appeals rejected that competent and reliable scientific evidence must be in the form of RCTs.

Moreover, in U.S. v. Bayer, the District of New Jersey likewise rejected the position that “competent and reliable scientific evidence” could be met only through RCTs (No. 07-01, 2015 WL 5822595 [D. N.J. Sept. 24, 2015]). The court reiterated the FTC Guidance that “competent and reliable scientific evidence” means “tests, analyses, research, studies or other evidence based on the expertise of professionals in the relevant area, that have been conducted and evaluated in an objective manner by persons qualified to do so, using procedures generally accepted in the profession to yield accurate and reliable results” and that it is a is a “flexible” standard, and “[t]here is no fixed formula for the number or type of studies required.”

The court in United States v. Bayer confirmed the FTC Guidance, which states that one should look to “the totality of the evidence.” The surrounding body of evidence will have a significant impact both on what type, amount and quality of evidence is required to substantiate a claim and on how that claim is presented. Whether an advertiser has “competent and reliable scientific evidence” is appropriately assessed by scientific experts. The Court also confirmed that studies on the precise formula used in the advertised product are not required. Rather, it can be “appropriate to extrapolate from the research to the claimed effect,” even if there “are significant discrepancies between the research conditions and the real-life use being promoted.”

The Court confirmed that the following evidence could also be acceptable: in vitro studies, research explaining the biological mechanism underlying the claimed effect, and epidemiologic evidence. Other relevant evidence could include animal studies and anecdotal evidence.

As to studies, obviously, longer-term studies are better than shorter-term studies. The study should have statistically significant results. Studies that are published in reputable peer-reviewed journals are preferred, but a study does not have to be published to be relied upon. Foreign research may be considered, but the advertiser should be aware of the differences between populations as it could affect the results (differences in diet, health, etc.). Finally, in terms of actual possession of a substantiation file, the Court held that a company need not print and file every document relied on as part of its substantiation dossier, and reliance on studies provided by suppliers is an appropriate data point in the body of evidence.

The bottom line is that although RCTs are considered by scientists as the “gold standard” and would likely suffice to substantiate claims by themselves, they are not required, and other types of evidence may be relied upon.

Erica Stump is an attorney, focusing her practice on representing the needs of the dietary supplement industry. Stump began her legal career as an intellectual property (IP) attorney at a boutique firm in Miami and teaching trademark law at the University of Miami School of Law, her alma mater. She then went in-house and served as general counsel to VPX/Redline in Davie, Florida, and then as general counsel to Bodybuilding.com in Boise. Stump started her own practice in 2011 and is the president of Erica W. Stump P.A., representing dietary supplement companies, food and beverage companies, scientists, manufacturers and ingredient suppliers. Stump and her colleagues provide legal advice and representation related to IP disputes, trademark and patent searching, clearance, and prosecution, FDA/FTC compliance of labels, marketing, and advertising materials, contract drafting and review and general business disputes. Stump also oversees and is involved in clinical trials for dietary supplement companies. Stump has litigated trademark disputes against Red Bull, Muscle Milk (CytoSport) and Monster Energy. Stump has litigated against the FDA and FTC and has appeared before the National Advertising Division (NAD). Stump is also on the advisory board of the ISSN.