HomeBusiness ResourcesBranding and MarketingHow Beyond Good, formerly Madecasse, changed its name
Recent
Latest
6 tips to promote consumer understanding of Certified Organic
May 18, 2022
Sponsored Content
Balanced Health Botanicals Newsletter – May
Getting ready for 2023: Trends for brands to consider
May 17, 2022
EXPO VIDEO: How did a young sparkling water brand get licensing deals with Marvel and Disney?
May 16, 2022
Trending
Debra Stark’s light shines bright on natural products industry
May 10, 2022
Unboxed: 7 plant-forward ice creams to stock this summer
May 10, 2022
Hemp CBD industry struggles so far in 2022
May 10, 2022
Monitor: Consumer research on collagen shows how much education is needed
May 12, 2022

How Beyond Good, formerly Madecasse, changed its name 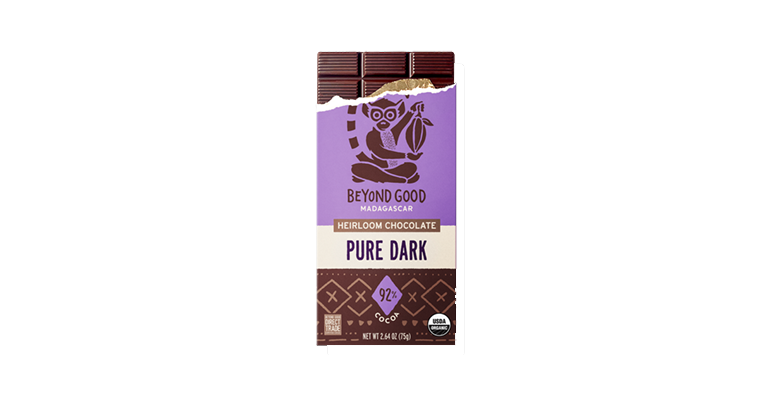 There are many complexities involved when changing a natural product brand name after over 10 years in operation.

It’s common practice for young food and beverage companies to undergo a rebrand (or three) in their first several years of operation. And packaging redesigns and refreshes are a tried and true way to breathe life and excitement back into a product with sleepy sales.

But changing an entire brand name after 10+ years? That’s rare, as most food companies work hard to build brand recognition with consumers, retailers and media.

However, the chocolate bar Beyond Good, formerly Madecasse, is not most companies. After years of work, the company is rolling out their new brand name with the same signature lemur-adorned packaging.

What led the conscious company to change their brand name? In what ways does the new moniker Beyond Good help achieve and communicate their unique mission? And what were the challenges and threats to doing so?

We caught up with founder and CEO Tim McCollum and Vice President Perry Abbenante to learn how the name Beyond Good came to be, and their advice for other brands who are considering a name change, too.

What inspired you to change the name of your company from Madecasse to Beyond Good?

Tim McCollum: To be candid, I wanted to do this nine years ago, and every year since then. But as a smaller business, I didn’t have the guts to do it. The biggest issue with the name “Madecasse” was that people couldn’t pronounce it—not our customers, not even our parents.

Years ago, we did a lot of in-store consumer research, and in addition to sampling, we asked people to pronounce “Madecasse.” Not only did most people get the name wrong, but 60% of shoppers said they preferred not to even try. That’s how intimidating the name “Madecasse” was. I knew the brand name was holding us back.

Can you describe the process of finding the perfect new brand name?

TM: Our vice president, Perry, led the effort starting in October 2018. We worked with not one, but two naming agencies—agencies that do nothing except name products and companies. We worked with two because we wanted to broaden the pool of prospective names we wanted to look at.

There were a lot of names we were interested in, but you have to make sure it has a possibility to be cleared by the United States Patent and Trademark Office.

Perry Abbenante: Both agencies stated that after we chose the final name, we needed to undertake a much more rigorous full trademark search, conducted by a trademark attorney, before submitting anything to the U.S. Patent and Trademark Office (USPTO).

The search by the trademark attorney uncovered no big red flags and the recommendation was that they felt we could get USPTO approval for Beyond Good, but it was far from certain. Chance of success: 70%. This had to do with the sometimes unpredictable nature of the USPTO. 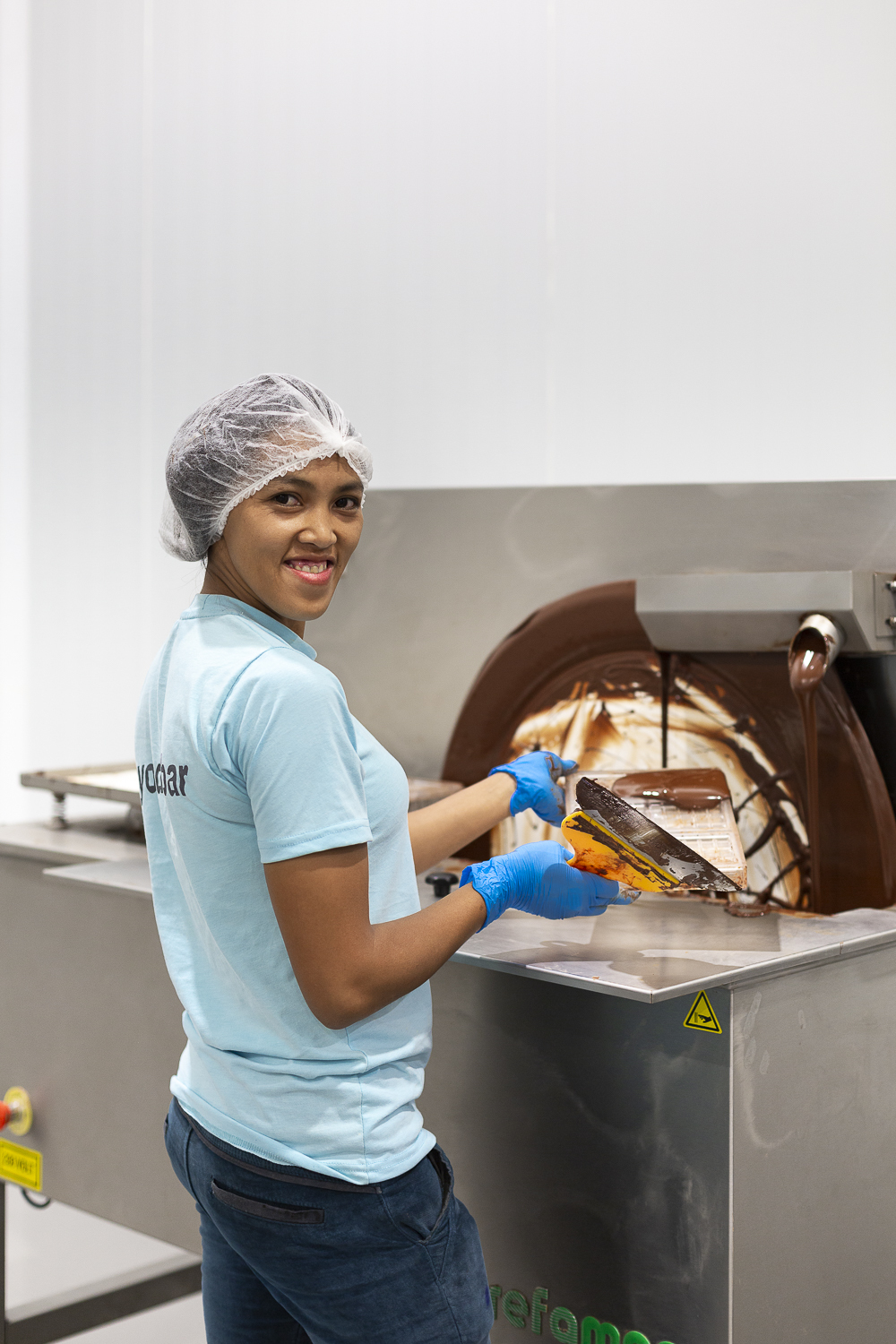 The USPTO grants permission to use names based on the class of trade of the brand and items in question. They use their experience and opinion to decide whether a name is unique enough not to cause consumer confusion and vice versa. With this in mind,  we formally submitted Beyond Good to the USPTO for use in multiple chocolate and vanilla categories on December 21, 2018. The USPTO lets new applicants know that the initial ruling can take up to 120 days. That’s a long time to wait. Had we not gotten approval, we could have appealed, which would have been costly, time consuming and probably futile.

Thankfully, we received word on March 22, 2019 that our application had been reviewed by the USPTO and that it was approved for publication and opposition. Several steps later, the long and short of it is that we were able to submit our Statement of Use to the USPTO on December 17, 2019, in the allotted time. We received word on February 4, 2020 that they had accepted our Statement of Use. It was a long journey, but a beneficial one.

How did you decide to replace Madecasse with Beyond Good, trademark concerns aside?

TM: Beyond Good articulated several important things about the chocolate industry that we wanted to say.

The name refers to our unique supply chain, our plans to widen sourcing and manufacturing to Uganda, the positive impact our sourcing and the quality of our product itself.

It is not enough to just be “good,” as in Fair Trade or organic. There’s almost zero transparency in the chocolate industry—most chocolate companies can’t tell you who farmed the cocoa because there are typically three to five middlemen between harvesting and manufacturing. That’s why chocolate from different brands often tastes the same. Cocoa has been commoditized.

By choosing Beyond Good, we’re showcasing all the help we’ve been able to do with farmer income and reforestation through cocoa agroforestry, and the unique, delicious taste of our chocolate.

Last time we spoke, which was a few years ago, you were in the process of building a new manufacturing facility in Madagascar—near where the cocoa was harvested. How has the build gone? 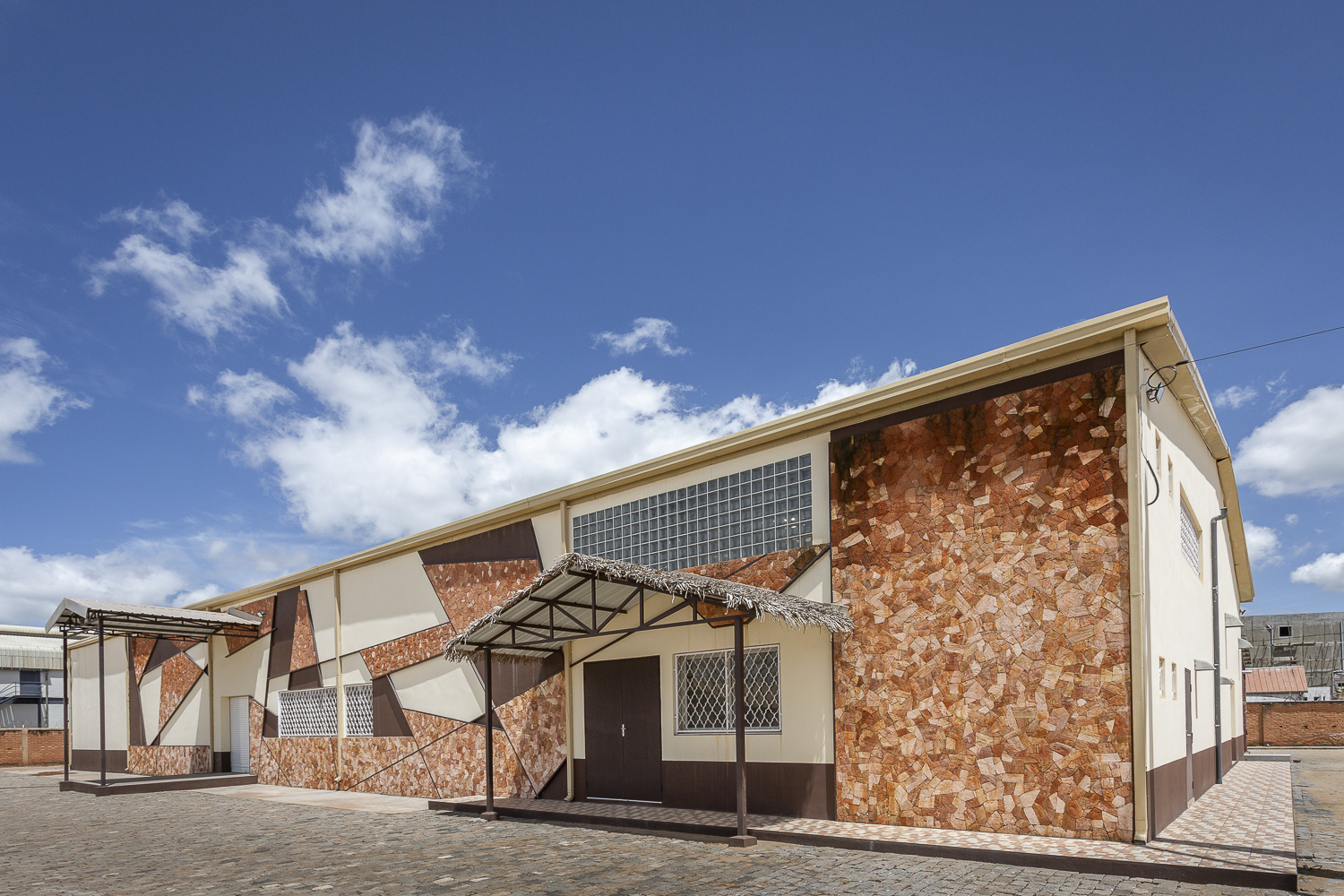 TM: Yes, the Madagascar facility is up and running! I can tell you, however, I know why no one else does this—there are so many challenges to manufacturing chocolate in Africa. However, we are able to manufacture a high-quality product very consistently, and we are getting it right in terms of scale: our goal over the next two years is to build another supply chain and factory in Uganda.

Do you have any advice for other brands who are considering a name change?

TM: If there are companies out there who know their brand name is inhibiting their growth, change it. But do it diligently and methodologically. Tackle that big problem that you’re afraid to tackle.

Before we started this process, we reached out to all of our partners, including distributors, top retailers, suppliers, people who work in logistics and many more to see if we could do this as seamlessly as possible. We also retained our bar codes, which made the process less of a hassle.

This interview has been edited for clarity and brevity.