How REBBL effectively connected with celebrities 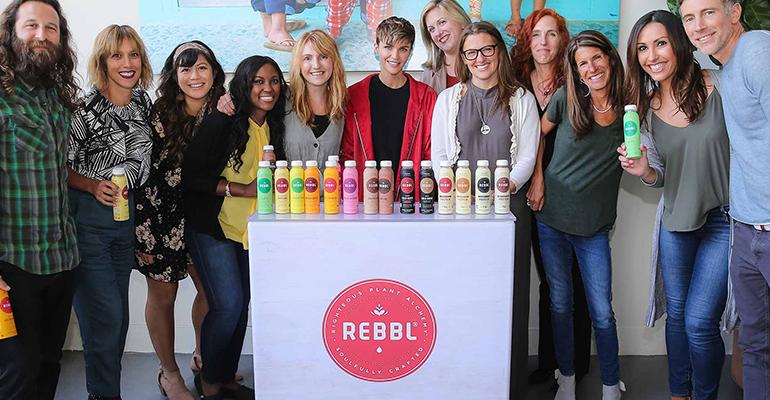 It’s not every day that Batwoman calls and says she wants to be a part of a natural food company’s brand. That’s what happened when Australian-born actress Ruby Rose contacted REBBL, the for-profit organic herb elixir company because of its work with Not For Sale, a nonprofit focused on ending worldwide human trafficking.

“We don’t go out and cold pitch celebrities very often,” says David Batstone, co-founder of REBBL, headquartered in Emeryville, California. “Most people have fallen in love with REBBL and what we stand for and then ask us ‘How can I use my platform?’”

When Batstone initially co-founded Not For Sale with Mark Wexler to fight modern-day slavery, he says they did “the typical things” most nonprofits do, including asking for money from rotary clubs, religious communities and wealthy individuals. Initially the nonprofit focused on building housing to help rescue children from labor and sex trafficking.

After doing an intensive brainstorm session with other founders, bankers and professional athletes, Batstone wanted an alternative way to fundraise which led to creating REBBL, a beverage company focused on sourcing herbs from the Amazon and returns 2.5% of net sales from every bottle sold to Not for Sale.

“It’s a great, admirable plan on paper but executing that is almost impossible,” Batstone says. “The whole business idea was being a rebel and to think completely out of the box.”

New Hope Network caught up with Batstone and Rusti Porter, senior vice president of Brand Engagement at REBBL, to learn more about how they connected with celebrities.

How did things start?

Rusti Porter: Ruby kicked it all off. She found us in a Whole Foods Market in Southern California. Ruby and her financial team reached out to us and said she wants to become more involved with the brand, she thinks it’s perfect for her and wants to know more.

RP: We got on a phone call, started having a conversation and talked about what that meant for her. She’s invested in the brand and does strategic sessions with us. She was instrumental in helping us feel confident enough to go make a short film that people would engage in because she’s narrating for us.

How did you decide what people to partner with?

RP: We started talking to people in different industries and decided to create this movement of young rebels with a cause and call it the REBBL collective. Let’s support one another and help drive change.

Part of our qualifier was to have people who are plant-based or involved in the plant-based change movement. It’s about coming together to amplify one another’s mission so we can be a part of the larger movement.

We wanted to find people that could offer different perspectives. We wanted some expertise in health and wellness. We already had a relationship with Dr. Cole. We approached Koya who has a great following in the health and wellness industry. People look to her for information. If she puts something out there, people trust her. She knows that and partners with brands she believes in. That’s been part of our amplification.

David Batstone: It’s great when you get a celebrity and you don’t have to script them. You can just let them loose. That’s what Michael Franti was like. Those are the kinds of celebrities you want to get.

Before creating the REBBL collective, how did you connect with influencers?

RP: A lot has changed in the past three years on social media. Part of it was being at the right place, right time. We were early in the movement of Instagram influencers like Rachel Mansfield and Jordan Younger (the blogger of The Balanced Blonde).

What things have you learned from celebrity influencers?

RP: Michelin-starred chef Dominique Crenn is a big advocate for the planet. She challenged us right away and said: “What about plastic?” We said our commitment is to transition into 100% post-consumer recycled plastics. She said, “okay I’m in."

What did that mean from a business perspective?

RP: It’s not easy for a small company to take these types of positions. It’s been challenging operationally and financially. We are already giving 2.5% of net sales per bottle to Not For Sale and paying a fair price for ingredients. This was a big choice for us.

We also knew if we used 100% post-consumer recycled plastic, our bottles were going to be a slightly different color. There’s was a risk that consumers would say ‘I can’t see the liquid inside anymore.’

Why did you end up making the change?

RP: After going back and forth, we decided it was the right thing to do because it sits with our values and they probably wouldn’t have supported us if we didn’t do it.

Functional beverage brand REBBL powers up with $20M in funding
May 18, 2018