HomeBusiness ResourcesBranding and MarketingKeep trade show marketing legal
Recent
Latest
4 tips to get ahead of chemical concerns in packaging
May 20, 2022
7 CBD favorites in the increasingly popular gummies format
May 20, 2022
Mission MightyMe helps parents introduce allergens to babies
May 20, 2022
UNFI's Eric Dorne to step down as chief operating officer
May 20, 2022
Trending
Whole Foods' honors 30 companies with 10th annual Supplier Awards
May 18, 2022
Sponsored Content
The rise of sustainable business – eGuide
Sponsored Content
Getting ready for 2023: Trends for brands to consider
May 17, 2022
Sponsored Content
Unboxed: 7 plant-forward ice creams to stock this summer
May 10, 2022
Natural Products Expo
brought to you by 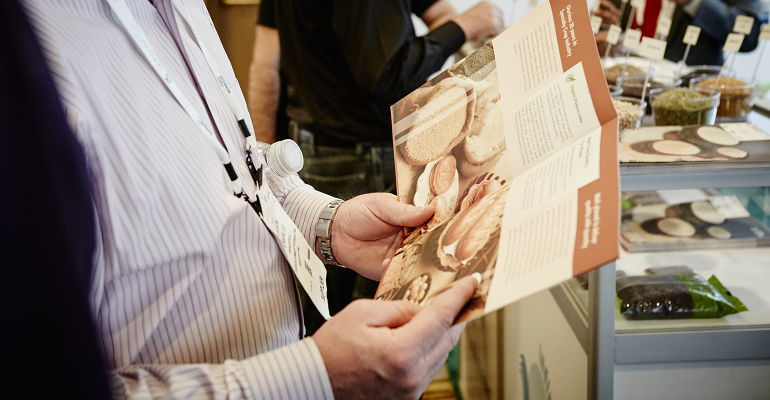 Signs, banners, posters, brochures and other promotional materials used at trade shows need to be vetted by competent and knowledgeable personnel to ensure claims made are permissible.

Trade shows have become ubiquitous in the dietary supplement, food, beverage and cosmetic industries. A conference, convention or trade show occurs every month in a different part of the country, where companies can go to exhibit and promote their products. However, these shows are not a “free for all” for companies to say whatever they want about their products. Claims made at trade shows are often under as much, if not more, scrutiny than claims made at retail locations or on the Internet.

While companies may be looking to attract potential buyers from retailers or new customers, the halls are also filled with federal and state regulators, personnel from state attorneys general and district attorney offices, class action plaintiff lawyers and competitors that are closely scrutinizing claims. Accordingly, companies must balance their desire to zealously promote their products with the need to ensure everything being said is permissible and supported with appropriate substantiation.

Many of the industry trade shows consist of large exhibit halls in which exhibitors have booths or tables to market and promote their products. Samples of products may be on display and are often given away for attendees to try. At some trade shows, like the Olympia Fitness and Performance Show in Las Vegas, exhibitors sell large volumes of products at huge discounts. Whether products are sampled, given away or sold, it is important to understand claims made at trade shows must be compliant.

On the front end, many trade shows, including Natural Products Expo, have implemented a rigorous approval process that must be undertaken before companies can exhibit. Product labels, marketing materials intended to be displayed or disseminated at the company’s booth, and even websites promoting those products are reviewed by trade show personnel for regulatory compliance. If the reviewers determine products are noncompliant, companies may need to refrain from using those materials. And, if labels contain impermissible or noncompliant claims, a company’s application to exhibit at the show may be rejected altogether.

Additionally, some of the more diligent organizations running trade shows perform compliance reviews of exhibitor booths in the morning prior to a show being open for business. Teams of in-house counsel and regulatory personnel, trade organization representatives and attorneys walk through the hall to identify potentially noncompliant materials and claims, and violators receive a visit from trade show personnel telling them to remove the material.

This increased scrutiny of claims made by exhibitors from trade show personnel and the increased rigor of such review is directly attributable to FDA’s increased presence at such shows. Personnel from FDA frequently patrol industry trade shows to monitor what companies are saying about their products. Even if companies are not selling products at the show, materials displayed at the show may be “labeling” if they are also used to promote and sell products, or the materials reference the company’s website on which products are sold. Further, even if materials are not labeling, FDA may still use such materials as evidence of the true “intent” of companies to sell products for purposes associated with drugs, instead of dietary supplements, food, beverages and cosmetics.

Lest anyone believe FDA isn’t surveilling claims at trade show, one needs to look no further than some warning letters issued by FDA. Most recently, FDA issued a warning letter to Amafruits LLC in July 2017. In addition to claims identified as being made on the company’s website and various social media platforms, FDA indicated it obtained a document from the 2017 Natural Products Expo West trade show in Anaheim, California, which directed readers to the company’s website. Claims in that document such as “Benefits of acai berry … reduce risk factors for cancer” were alleged by FDA to be evidence of the product’s intended use as a drug. The year prior, FDA issued three warning letters in July 2016 to three different companies alleging, among other things, that promotional materials obtained at the 2016 Natural Products Expo West trade show included claims that provided further evidence the products were intended for use as drugs.

In addition to FDA representatives roaming the trade show floor and personnel from other regulatory agencies, like the Federal Trade Commission, as well as state and local government attorneys may be monitoring the show for claims. Inquiries from state attorneys general offices and local district attorney and city attorney offices into claims and adequate substantiation continue to rise; the genesis of such inquires comes from many different areas. Outrageous claims made by a company representative at a booth could be the impetus for a closer look by such entities. And, of course, a discussion about claims is incomplete without mentioning the steady volume of class action lawsuits over everything from “all natural” to “healthy” to “made in the USA.” Trade shows are fertile ground for plaintiff lawyers looking to find the next claim they can target by sending a wave of demand letters to force a settlement.

Exhibiting at trade shows is a big undertaking for companies. A great deal of time and expense goes into the preparation of signs, banners, posters, brochures and other promotional materials—and those materials are put out there for the world to see. It is crucial that companies have materials vetted by competent and knowledgeable personnel to ensure claims are within permissible bounds, and adequate substantiation exists for each claim. By doing so, companies can enjoy a successful trade show without putting themselves at risk for action from those scrutinizing their claims.

Justin J. Prochnow is an attorney and shareholder in the Denver office of the international law firm of Greenberg Traurig LLP (gtlaw.com). His practice concentrates on legal issues affecting the food and beverage, dietary supplement and cosmetic industries.

Should you call your innovation a supplement or a beverage or a food?
Sep 18, 2017

CBD Summit covers cannabis from seed to shelf—and then some
Jan 30, 2018