Language matters when it comes to selling plant-based dishes 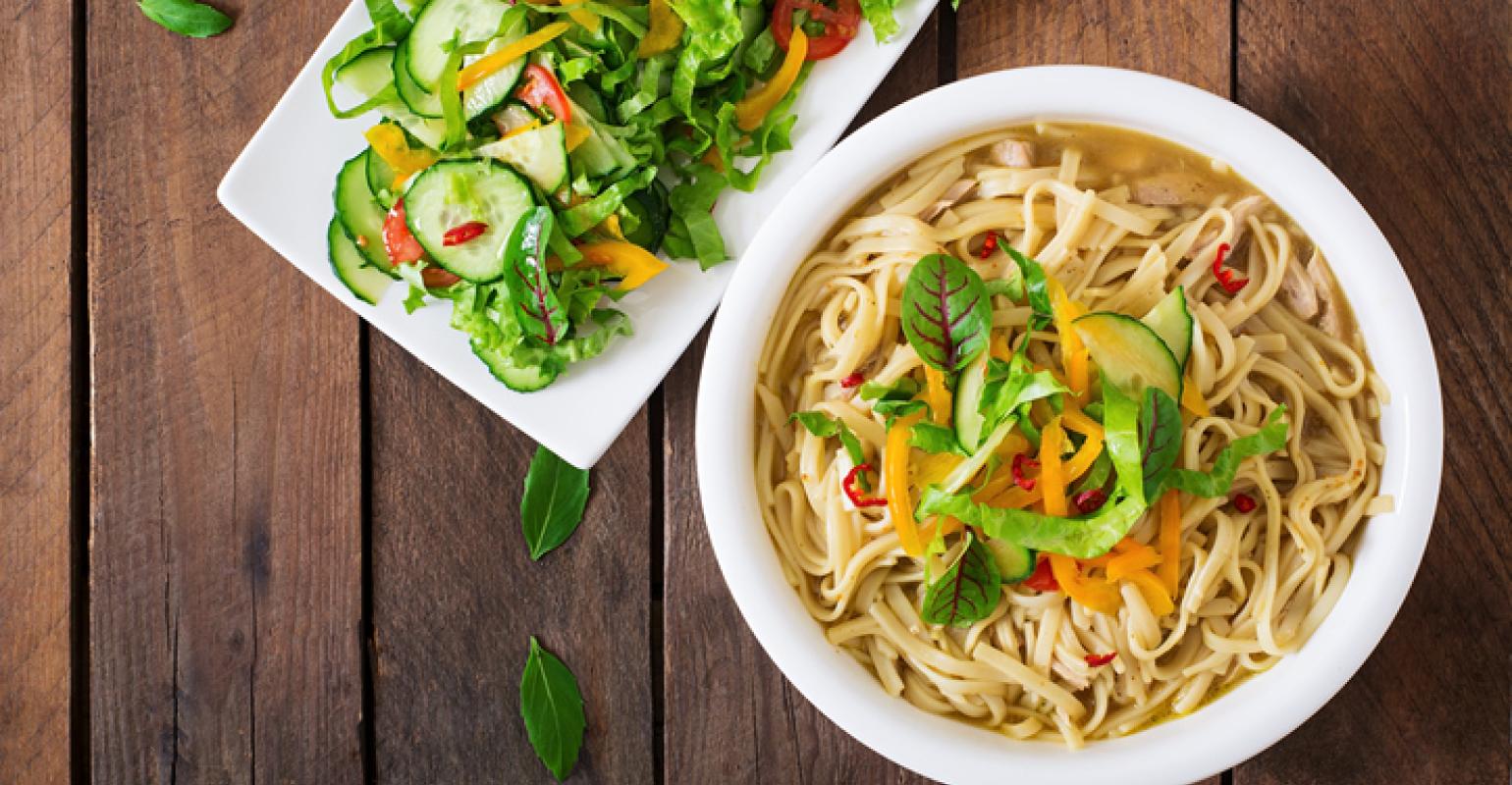 "Flavor-centered” descriptors attracted more people to vegetable dishes in a new study that could offer tips for promoting healthy foods at foodservice.

Think fast: Which would you rather eat—carrots with sugar-free citrus dressing or twisted citrus-glazed carrots? If you’re leaning toward the latter, you’re not alone.

In a study conducted over 46 days during last fall quarter in Stanford University’s Arrillaga Family Dining Commons, different ways of labeling plant-based dishes were put to the test.

The study, which looked at how descriptive language affects food choices, was led by Brad Turnwald and co-authored by Danielle Boles and Stanford Psychology Assistant Professor Alia Crum, with collaboration by Stanford Dining’s Jackie Bertoldo, senior manager of nutrition, performance and wellness.

During the study, a featured vegetable at the dining hall was labeled in four different ways: basic (carrots), healthy-restrictive (carrots with sugar-free citrus dressing), healthy-positive (smart choice Vitamin C citrus carrots) or indulgent (twisted citrus-glazed carrots). No matter how the carrots were labeled, they were prepared and presented exactly the same.

A similar study, conducted in the United Kingdom by behavioral science graduate student Linda Bacon, tested whether placing plant-based dishes in their own separate vegetarian section on a menu would influence ordering.

The research team created different versions of one menu and tested it on 750 adults who usually eat meat and/or fish. With an online survey, people were asked which dish they would select if they were at a restaurant dining with friends. In one version of the menu, plant-based dishes were among all the other dishes in a single list, at the top and bottom of the list. The second version of the menu grouped two plant-based dishes together at the bottom of the menu, in a separate section under the heading “Vegetarian Dishes.”

The results were striking. When the veggie dishes were mixed in with the other dishes, 13.4 percent of people ordered the plant-based choice. When the plant-based dishes were segregated into their own section of the menu, people were 56 percent less likely to order them, with only 5.9 percent choosing either risotto primavera with peas, mushrooms and lemon or ricotta and spinach ravioli with asparagus, butter and sage sauce.

"Having spent 25 years in the food industry, I can tell you that, despite our very best intentions, as consumers we don’t always make the buying decisions we wish we would," Linda Bacon told the World Resources Institute. "Our brains are often too busy or distracted to fully evaluate what we should eat. We can be unconsciously influenced by many factors, including what we notice first, how attractively a product is described or displayed and social norms."

At Stanford, the dining department took the research and adapted the language on menus accordingly, while keeping the healthy choices the same.

"These results certainly influenced the way we look at promoting healthy foods in the dining halls," Bertoldo says. "We put a great deal of effort into making nutritious food that is satisfying and delicious, so it makes sense to market these options in a way that emphasizes this."

Eric Montell, executive director of Stanford Dining, hopes studies like this will lead to more collaboration between dining services, Stanford faculty and researchers and also point students in the right direction.