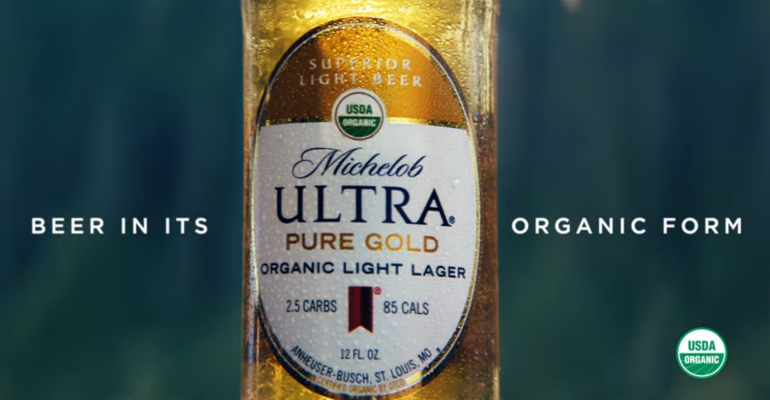 Are mainstream beer drinkers starting to care about how their alcoholic beverage of choice is made?

They’re funny. They tug at your heartstrings. They’re often ridiculous. They entertain the football-indifferent folks who are just at the party for the snacks. Punctuating one of the most-watched television events in the United States, Super Bowl commercials are so much more than traditional advertisements. In addition to entertaining and informing viewers about certain products, Super Bowl commercials also function as a cultural litmus test to gauge values mainstream consumers hold dear.

Part of the reason such commercials are worthy of scrutiny is due to their cost. For Super Bowl 2019, the host network CBS reportedly charged companies $5.25 million for a 30-second spot—roughly $175,000 per second, according to CNBC. If brands are prepared to shell out that much cash to access 100 million potential customers, you can bet such spots are expertly designed to best appeal to their target audience. Particularly for beer brands, the Super Bowl is a prime way to communicate brand values to adults who are (more likely than not) drinking a brew while watching the commercial.

Do such issues resonate with mainstream consumers only through the lens of beer? Or are these sustainable, better-for-you tenets gaining traction throughout all eating patterns? Regardless, we’re ecstatic to see massive beer brands such as Michelob talk about organic, and to see Budweiser communicate the sustainability of their products. Check out the commercials below.

Zoe Kravitz taps into the calming power of ASMR (autonomous sensory meridian response), a combination of whispers and other sounds that for some people elicit reactions such as tingling on the spine, to launch a USDA Organic version of Michelob light. A verdant island setting communicates the product's naturalness.

A medieval setting and a quest soaked with a backhanded jab at other beer brands, Bud Light aimed to highlight how their product is brewed without corn syrup, while their competitors do.

Nothing like a cute pup and a team of Clydesdales in a beautiful rural setting to evoke the cleanliness of Budweiser's products, which are made using wind power.