ADVERTISEMENT
Ingredient Marketplace 2016
Stuck between Engredea and Vitafoods, the Ingredient Marketplace show still had a decent coterie of innovators and disruptors.
Beetroot is the new hot sports ingredient
Beetroot extract is a dietary source of nitrates—though not the kind you get in hot dogs. Instead it acts as a natural blood-flow booster. It's gained popularity in the last few years, especially after the London Olympics when everyone, it seemed, was drinking beet juice. This is a sports ingredient best used to prime the workout to come. A 2012 study found subjects on a treadmill had a last leg of a simulated 5k race finished 5 percent faster.

Sabinsa has its Sabeet ingredient, a water-soluble version that makes it ideal in beverages or dispersible tablet. Here, Ahmed Khan shows off the spec sheet.
Astaxanthin gets real
There's a lot of action happening in the astaxanthin market. AlgaeLife is the world's first organic astax. The Natural Algae Astaxanthin Association is working on its education efforts against synthetically derived, pure astaxanthin.

Meanwhile, Fuji's AstaReal is non-GMO, GRAS and has an NDI from the FDA. The company has 10 patents, on both use and composition, and 50 human clinicals on its material, generally in the four areas of skin health, muscle endurance, cardiovascular health and eye health. It's also excellent for pets' sleep, shiny coats and staying alert.
Protein remains a powerhouse

While athletes have long bent toward the appeal of whey protein, the general population just wants protein in their bodies. The natural shopper, meanwhile, is pushing the envelope on all things plant protein. The result is double-digit growth for the foreseeable future in the protein biz.

Batory Nutra is distributor of a range of proteins, from soy (its anchor protein) to pulses (it's the year of the pulse!) to the naturals niches that are held down by pea protein. It is not yet into the micro niches of cricket, chia or hemp.

Of note, when Olympians are using ribose, they're taking a minimum of 5 grams per day, which is significantly less than you'll find in beverage applications.

Mitochondria with a twist

I say coQ10, you say mitochondria.

But what if I told you a new ingredient, also featuring the 17th letter of the alphabet, is making waves, also on mitochondria, but with a twist?

Pyrroloquinoline quinone, PQQ for short, has been shown to increase mitochondrial biogenesis—the creation of new mitochondria. So while coQ10 makes mitochondria better, PQQ simply makes more mitochondria. Put them together and you have multiple effects on the power plant of the cell.

More mitochondria action!
Nicotinamide adenine dinucleotide (NAD+) is an essential metabolite in all human cells. It plays a key role in cellular metabolism within the cell's mitochondria. Niagen, a branded ingredient from Chromadex, is the first and only commercially available form of nicotinamide riboside, an NAD+ booster and “no flush” form of niacin. But this isn't for cholesterol. Because of its role in mitochondria, we can expect performance gains in mitochondrial function. But, tantalizingly, it increases sirtuin activation—as close to the fountain of youth as the nutrition world has yet approached.
The Cran Man is in the house!

Stephen Lukawski is the Cran Man. He brings a bit of the passionate, earnest, gung-ho and just a touch of silliness that the world can use more of. Just look at him standing next to the cardboard cutout of Cran Man (with a none too subtle similarity to Lukawski himself). Check out that iridescent cran-colored tie! Wait till he gives you some electric powder and tells you to brush your teeth with it. I weighed the tradeoffs between halitosis elimination and red teeth. Seemed to work!

His mission is not merely to sell cranberries, but to sell the nutrient-dense components. And he wants quality high. And he wants overseas adulterers put on notice that new testing regimes are going to make it harder to get away with cheatery. (For more on this, click here.)

Maybe the best stuff for women ever
Helios Corp has just a few ingredients, but they are mighty. Our favorite is EstroG-100, which has made significant inroads in mainstream drug store channels in the supplements aisle. Three human clinical trials show it significantly improves 10 end-point claims of interest to postmenopausal women. It works in as little as 7 to 14 days, which is a whole lot shorter than you can expect from black cohosh.
Certifications spell trust
Trust in supplements is not exactly at a high point. To communicate quickly, brands are turning to quality seals. The winner of the seal competition has to be Ixoreal's KSM-66 brand of ashwagandha. There are fully 19 seals associated with this ingredient, including from NSF, USDA Organic and Non-GMO Project verified and ISO 9001. These vouchsafe the integrity and quality of the king of the trending adaptogenic herb set.
Botanicals keep on growing

Nexira has a lot going for it because it offers a lot. Three ingredients in particular caught our eye:

* ViNitrox brand polyphenolic blend, because it is a nitric oxide booster (see beetroot, above), and a new clinical study showing increased blood flow when taken pre-workout.

* Fibregum, an all-natural gum acacia soluble fiber. Basically the sap of the acacia tree, Fibregum is outstanding in beverages and food applications (it has no taste, color or odor), and is a gentle soluble fiber on the body's system—no digestive effects for you!

Pycnogenol for what ails ye
A classic Swiss army knife ingredient, pycnogenol is derived from French maritime pine bark. It's a great antioxidant with published research showing efficacy for heart health, inflammation, blood sugar, women's health and sports nutrition. We noticed this time a focus on skin health, because it selectively binds to collagen and elastin in the skin. It helps with fine lines and enhancing skin tone, giving skin that smooth and shiny appearance of the vitality set. Trees are the answer.
Aye aye (aye), Skipper
In the midst of Ingredient Marketplace meanderings, I was texted a picture from my kids of our new puppy, Skipper. They thought it cute to put a skrunchy to tie up his ears, which are growing faster than moss on the north side of a rainforest tree, faster than mold on the back of a co-ed's mini-fridge, faster than a gluten scare at a PTA bake sale. Fast! Apparently, the canine species is impervious to shame. We love him.
Cukes are now officially functional

We never thought we'd see the day that the charming if crunchy-water-like cucumber would ever see its day in the functional ingredient sun. But that day has come!

Xsto Solutions has introduced a patent-protected and clincally supported cuke solution, branded as Cuvitus. Its novel benefits are for temporary muscle pain and joint support.

Go ahead, ask Justin at Xsto if he's ever had muscle or joint discomfort. 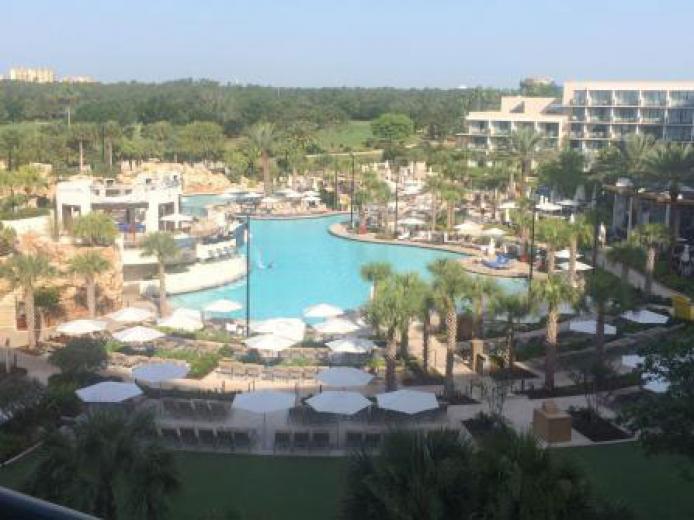