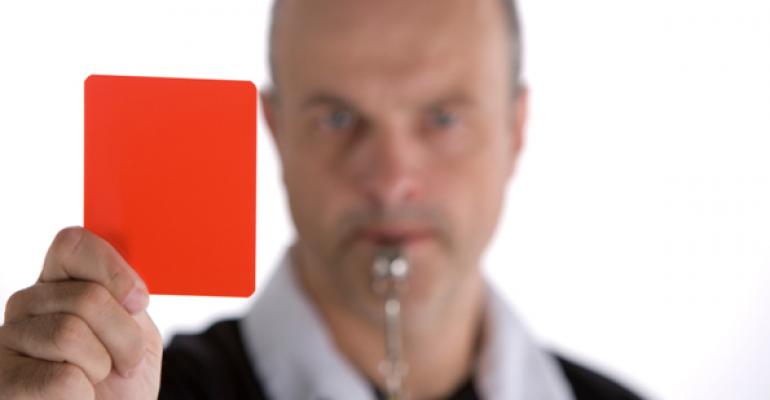 Adding insult to injury, the first round of class-action lawsuits are seeking damages for allegations that the private-label brands from major retailers Walmart, Target, Walgreens and GNC have harmed consumers.

It took less than a week for the first of what is expected to be many class-action lawsuits to hit the four retailers accused of selling adulterated botanical supplements.

The 61-page filing by the law firm Hagens Berman alleges that two defendants who live in Iowa have been harmed by purchasing adulterated products.

“We believe these major retailers have completely abandoned their responsibility to consumers who trust that their products contain what’s listed on the label – not phony pills full of anything but,” said Steve Berman, managing partner at Hagens Berman and attorney representing the purchasers.

Though the original action by the New York attorney general has been a public-relations nightmare for both the herbal supplements industry as well as the larger dietary supplements world, the genetic testing methods employed by the attorney general’s office have been roundly criticized by testing labs as the wrong tool (even in the right war against botanical adulteration) to measure purity of botanical extracts.

Botanical experts and testing labs have said that using DNA bar code testing on extracts is “not fit for purpose” because the DNA from the plant source material is usually gone after extraction and heat from processing. It’s been said that because the New York attorney general’s testing technology is not noted as being reliable for botanical extracts by any standard-setting body, the case would be laughed out of court. Regardless, the damage has surely been done since the New York Times took the case to the front page (above the fold) in its Feb. 3 edition.

“Another bottom feeder,” sniffed industry attorney Marc Ullman of the Ullman, Shapiro & Ullman law firm in New York. “Unfortunately, there exists a group of plaintiff’s lawyers who feed off these things. They have their tried-and-true 'class representatives' that they can go to to initiate these litigations. They don’t do a shred of their own research to validate their claims.”

Indeed, the filing – Hale et al v Walgreen Co et al – is mostly given to recitations of the consumer protection laws on the books in 28 states. It relies exclusively on the New York attorney general’s report, which has been roundly criticized as being fatally flawed.

“A lawyer’s obligation before making allegations like this is to not simply regurgitate the New York AG’s press release,” said Ullman. “The federal courts have Rule 11 that requires counsel to conduct their own investigation to see if the filings have any basis in fact. A filing like this, it seems to me, should be up for sanctions for failing to investigate. This pleading is a joke, and I hope the company gets sanctions.”

The filing also asserts that “Herbal Supplements are not regulated by the United States Food and Drug Administration. Supplements are considered ‘dietary supplements’ and therefore come outside the purview of the FDA. In other words, virtually anyone with the ability to manufacturer, market and sell Herbal Supplements can do so, with no oversight from the FDA.”

That assertion, while perhaps fashionable in the mainstream media, is nonetheless incorrect. Among other things, the FDA regulates the supplements industry through means including Good Manufacturing Practices audits, Adverse Events Reports notifications, New Dietary Ingredient filings, structure/function claims, and more.

“Firms like this aren’t interested in protecting consumers,” said Ullman. “They’re interested in keeping the vast majority of the money and passing coupons to so-called clients.”

In addition, at least four other class-action lawsuits have been filed in the home-state headquarters of the four major retailers fingered in the New York attorney general’s report – Illinois (Walgreens), Pennsylvania (GNC), Arkansas (Walmart) and Minnesota (Target).

“The pile-on effect is starting,” said Loren Israelsen, president of the United Natural Products Alliance (UNPA). “They will advertise on national TV that if you’ve taken any of these products to call us.”

The UNPA has acquired all the products tested in the attorney general’s investigation, down to the correct lot numbers, and is carefully going through a process that includes sending the supplements out to multiple testing labs – including one that the FDA uses – that will use multiple testing methods on each sample to ensure uniformity and accuracy and to assess the true purity of the botanical brands. Israelsen said UNPA is looking to have the results made public at Natural Products Expo West in early March.

For its part, GNC announced on Tuesday that it has tested the supplements in question using “industry-wide standards … to authenticate the ingredients in our products” and the “results demonstrate they are pure, safe and fully compliant.”

Of the other retailers, “Target has gone silent, Walgreens was the first and fastest to shut down nationally, and Walmart only stopped selling in New York and says they’ll talk with downstream suppliers,” said Israelsen, who added the retailers are “in litigation lockdown mode. They have to protect themselves from the class-action cases.”

The New York attorney general’s office has also been unresponsive about its testing protocol because, industry members believe, they now know the DNA bar code testing is inadequate.

“Would you want to take that technology into court?” said Israelsen. “What’s remarkable is in the critical comments from experts in the field, that DNA bar code testing is not appropriate for botanical extracts because the protein is denatured, there’s nothing there to look at, so the results that were so sensational make absolutely no sense. Virtually every expert in the field, even critics, have pointed this out.”

Quality, Testing & Validation for Ingredients: An Assessment of Progress and Pitfalls
Dec 11, 2014