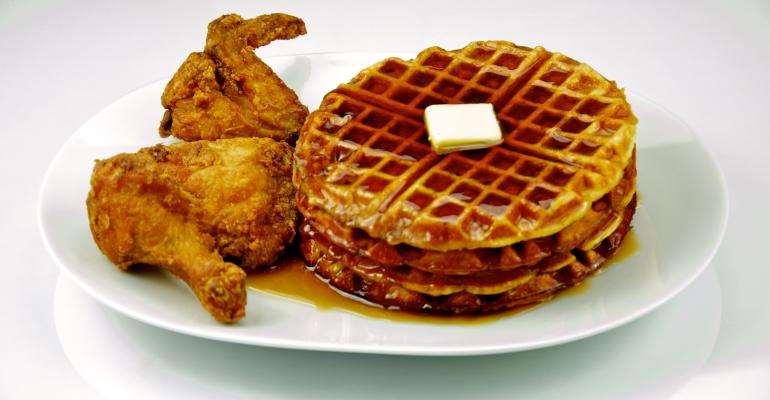 Today’s consumers are a diverse and growing multicultural mix of individuals. Younger demographics and consumers’ changing eating habits are pushing the envelope for innovative flavor combinations, versatile ingredients, and unique textures. In response to the changing times, Comax Flavors reveals flavor trends for 2015 divided into four distinct groups, each featuring five different flavors: Melting Pot, In a Nutshell, Coffee House and Breakfast Anytime. Flavors in each of these collections are versatile and can be used in a variety of food and beverage applications such as ready-to-drink beverages, alcohol, dairy, ice cream, baking goods, confections, sauces, marinades and seasonings.

Melting Pot
According to the U.S. 2012 Census, both the Hispanic and Asian populations are expected to double by 2060. The Hispanic population is projected to increase from 53.3 million in 2012 to 128.8 million while the Asian population is expected to grow from 15.9 million to 34.4 million. “The U.S. is a true melting pot and we want to offer versatile flavors that cater to the large and growing multicultural population and younger demographics,” stated Catherine Armstrong, vice president of corporate communications for Comax Flavors. Flavors in this group include:

In a Nutshell
According to the California Department of Food and Agriculture, the value of U.S. tree nut production in 2012 was over $7 billion, with almonds, walnuts, pistachios and pecans accounting for most of the sales. Nuts are increasing in popularity due to their nutritional properties including omega-3 fatty acids, protein, vitamins, and minerals. “To address the health and wellness trend, we developed a collection of powerhouse nut flavors to emphasize their diverse tastes and textures,” notes Armstrong. Flavors in this group include:

Coffee House
According to the NCA National Coffee Drinking Trends (NCDT) 2014 market research study, Americans daily gourmet coffee consumption driven by espresso-based beverages, is up 34 percent versus 31 percent in 2013. Mintel expects the ready-to-drink coffee market, which includes refrigerated and shelf-stable products, to grow to $2.6 billion by 2020. Furthermore, according to IRI data, shelf-stable cappuccinos and iced coffees increased 10.6 percent in dollar sales in the 52 weeks ending July 13, 2014, compared with the prior-year period. Coffee is so well-liked; it even has its own holiday, National Coffee Day, on Sept. 29. “To tap into the convenience trend and meet the demand for Barista-style coffees, we created a range of unique coffee flavor combinations that appeal to a wide audience,” says Armstrong. Flavors in this group include:

Breakfast Anytime
Driven by the “snackification” of America, more and more consumers are eating around the clock. Breakfast is no longer just a morning meal; it’s being eaten throughout the day and night.  Innovative breakfast items that are portable and convenient are emerging in both consumer packaged goods and quick service restaurants. Breakfast comes in multiple forms - from hot and cold foods and beverages to sweet and savory flavors, now anything goes, anytime. “As categories are blurring, there are now more breakfast options than ever before and we want to meet the consumers' changing tastes and behaviors.” Flavors in this group include: