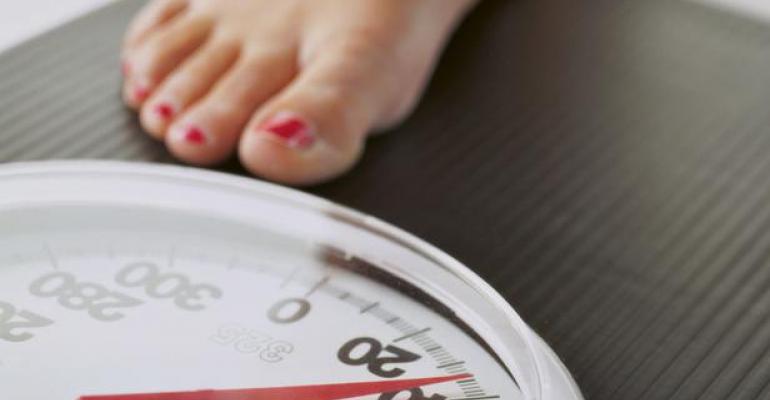 The battle against the bulge is a global phenomenon that could translate into real opportunity for manufacturers, according to a large new study by Nielsen.

The battle against the bulge is a global phenomenon that could translate into real opportunity for manufacturers, according to a new study by Nielsen, a leading global provider of information and insights into what consumers watch and buy. Nearly half (49 percent) of the global respondents in Nielsen's Global Health & Wellness Survey consider themselves overweight. Obesity rates around the world are accelerating and not just in developed countries. In fact, 62 percent of the world's 671 million obese individuals live in developing markets, according to the 2013 Global Burden of Disease Study. The study estimated that 2.1 billion people (nearly 30 percent of the global population) were overweight or obese. Nielsen's study shows that consumers are attempting to take charge of their health—50 percent are actively trying to lose weight and 88 percent are willing to pay more for foods with healthy attributes to some degree.

The obesity crisis and consumer desire to become healthier could be a growth driver for manufacturers who better align their offerings to consumer needs and desires for healthier food. Roughly 75 percent of global respondents believe they "are what they eat" and nearly 80 percent are actively using foods to forestall health issues and medical conditions, such as obesity, diabetes, high cholesterol and hypertension.

"There is a tremendous opportunity for food manufacturers and retailers to lead a healthy movement by providing the products and services that consumers want and need," said Susan Dunn, executive vice president, Global Professional Services, Nielsen. "While diet fads come and go overtime, innovative, back-to-basics foods that taste good, are easy to prepare and provide healthful benefits will have staying power. The first step is knowing where to put your product development efforts."

The Nielsen Global Health & Wellness Survey polled 30,000 online respondents in 60 countries to identify how consumers feel about their body image and the steps they're taking to get healthier.

Are consumers willing to pay more for foods with healthy attributes?
Consumers believe health attributes in the foods they eat are important, but are they willing to pay more for the benefits they provide? The answer is yes—to a degree. Dividing global respondents into four buckets of spending intent, the highest percentages are only moderately willing to pay a premium for health claims—an average of 38 percent across 27 attributes included in the study. About one-quarter of global respondents are very willing to pay a premium (27 percent), followed by 23 percent who are slightly willing and 12 percent who are not willing. While there was not one health attribute that swayed dramatically from these spending intention buckets globally, a few regional differences prevail.

A willingness to pay a premium for health benefits is higher in developing markets than elsewhere. More than nine-in-10 respondents in Latin America (94 percent), Asia-Pacific (93 percent), and Africa/Middle East (92 percent) say they're willing to pay more for foods with health attributes to some degree, compared to eight-in-10 in Europe (79 percent) and North America (80 percent).

One notable exception is organic foods. Thirty-three percent of respondents say organics are very important and the same percentage is also very willing to pay a premium for these products.

A willingness to pay a premium for health attributes declines with age. Generation Z (under 20) and Millennials (21 to 34) are more willing to pay a premium for all attributes, even those that are more important to Generation X (35 to 49) and Baby Boomers (50 to 64). Percentages believing they are very important are lowest among the Silent Generation (aged 65+) for all 27 attributes. Attributes gaining the most favor include products that are GMO-free, have no artificial coloring/flavors and are all natural.

"While age often dictates a need for foods that contain certain health attributes, it is the youngest consumers who are most willing to back up their sentiments with their wallets," said Dunn. "As Millennials' purchasing power increases, manufacturers and retailers that make the effort to understand and connect with this generation's needs increase their odds of success."

When it comes to the foods we eat, consumers are going back to the basics. Respondents were asked to rate health attributes from very important to not important in their purchase decisions. The top desirable attributes are foods that are fresh, natural and minimally processed. Foods with all natural ingredients and those without genetically modified organisms (GMOs) are each considered very important to 43 percent of global respondents—the highest percentages of the 27 attributes included in the study. In addition, about four-in-10 global respondents say the absence of artificial colors (42 percent) and flavors (41 percent) and foods made from vegetables/fruits (40 percent) are very important.

In Asia-Pacific, the importance of attributes largely mirrors the global averages, with a few exceptions. The desire for sustainably sourced ingredients (43 percent) is higher in Asia-Pacific than in any region except Latin America (tie) and it is the second most important attribute for respondents in the region. The absence of caffeine is also rated more important in Asia-Pacific (28 percent) than worldwide (23 percent).

In Europe, comparatively smaller percentages rate health attributes as a very important influencing factor for purchase decisions. The number of respondents who say a given attribute is very important is below the global average for 24 of the 27 attributes included in the survey. Only GMO-free products are more important in Europe than globally (47 percent vs. 43 percent, respectively).

"Consumers with limited disposable income need to get the most out of the products they buy, which is oftentimes the case in developing countries," said Dunn. "Foods that help meet essential nutritional needs are very appealing, while those with positive social and environmental benefits may be considered less essential or 'nice to haves'."

In North America, the absence of high fructose corn syrup is cited as very important by 32 percent of respondents (compared to 26 percent globally), and it is tied with GMO-free as the most important attribute for North American respondents (it's No. 21 worldwide).

How are consumers losing weight?
Around the globe, the majority of respondents rely on tried-and-true methods to lose weight—diet and exercise. Three quarters of global respondents who are trying to lose weight plan to change their diet, and nearly as many (72 percent) plan to exercise. Eleven percent say they take diet pill/bars/shakes, 7 percent use medicine prescribed by their doctor and 6 percent use other methods not described in the survey.

Among those who are changing their diet to lose weight, nearly two-thirds (65 percent) say they are cutting down on fats, a decline from 70 percent reported in Nielsen's 2011 Global Health & Wellness Survey, and 62 percent are eating less chocolate and sugary sweets, a percentage that holds steady from 2011. Conversely, more than half of global respondents (57 percent) are expanding their diets with more natural, fresh foods, up from 55 percent reported three years ago.

Eating smaller portions is the diet method of choice for four-in-10 global respondents (41 percent) and nearly as many are choosing to consume fewer processed foods (37 percent). A low-carbohydrate diet has increased in popularity since 2011, rising seven percentage points to 25 percent. One-in-five (19 percent) respondents are following another non-specified diet plan, and one-in-10 (11 percent) are opting for commercial slimming programs like Weight Watchers.

Fat's reputation as dietary enemy No. 1 is fading in North America. Between 2011 and 2014, the number of respondents (59 percent) saying they are cutting down on fats dropped by double-digits (14 percentage points). Over the same period, the number of North American respondents following a low-carb diet (23 percent) increased 10 percentage points. While the low-carb movement appears to be gaining momentum in North America, the region still trails Asia-Pacific in adoption, where 34 percent of respondents say they follow a low-carb diet to lose weight—the highest of any region.

Eating smaller portions to lose weight is most popular in North America (49 percent) and Latin America (48 percent), and the percentage of respondents eating fewer processed foods is highest in North America (46 percent). The use of commercial slimming programs in Asia-Pacific and Africa/Middle East (17 percent in each region) exceeds the global average (11 percent).

"The growth of healthy options does not automatically come at the expense of indulgent offerings," said Dunn. "There is room for both healthy foods and occasional treats in consumers' diets. It is the semi-healthy options that are most impacted. To drive growth for these offerings, manufacturers should look for areas where they can improve the nutritional profile of foods and highlight the health benefits their products provide to consumers."

Consistent with the uptick in healthy beverage sales, carbonated soft drinks sales were down 1 percent globally over the past two years. The largest declines were in North America (-8 percent), but Asia-Pacific was also down (-1 percent) and Europe was flat. Nevertheless, soft drink sales grew in Africa/Middle East and Latin America (16 percent and 6 percent respectively).

And there's still a place for treats in consumers' diets. Chips, chocolate and cookies/biscuits all grew globally (6 percent, 4 percent and 1 percent, respectively), but carbohydrate staples like bread and cereal declined 3 percent and 8 percent respectively. It's not all bad news for these categories, however. While developed regions (North America and Europe) drove the global decline, sales in developing regions grew in the two-year time period. In Africa/Middle East, bread was up 3 percent and cereal was up 5 percent; in Asia-Pacific, bread grew 13 percent and cereal increased 8 percent; and in Latin America, bread sales were up 12 percent.

The power of the package label
A review of purchasing data indicates health claims are strongest when added to products already considered healthy. Healthy products with packaging callouts tended to outperform the category as a whole. The effectiveness of label claims for semi-healthy and indulgent categories, however, seems to depend on consumers' perceptions of the product. Potato chips with whole-grain labeling, for example, decreased 11 percent in the two-year period, but potato chips with low or reduced sodium increased 18 percent. Consumers may think of potato chips as a salty snack, so a low-sodium option may be more appealing than whole grain.

"When adding health and wellness claims to products, manufacturers must first understand how consumers perceive their products," said Dunn. "If the product is perceived as healthy, any claims regarding the health benefits of a product are likely to resonate with consumers. For semi-healthy and indulgence categories, however, manufacturers must be more selective and choose claims that address a particular product attribute. For example, while consumers may be skeptical of heart-health claims for potato chips, they may be more open to claims about low or reduced sodium because this is compatible with their view of chips as a salty indulgence."

Consistent with consumers' rating of the importance of attributes, sales of products with "natural" and "organic" claims have grown 24 percent and 28 percent, respectively, over the past two years. Also consistent with the interest in more pure/natural products, sales of artificially sweetened "diet/light" products declined -12 percent, while products naturally sweetened with Stevia grew 186 percent.

Sales of products with healthy ingredient claims are also growing across categories. Products with claims about salt content (low or reduced sodium) and the addition of real fruit to products both grew 7 percent over the past two years, while products with reduced or no fat content claims grew 4 percent.

While respondents intend to eat healthier in the next six months, everyone needs a treat sometimes. The largest percentage of respondents expect to buy the same amount in nearly all categories, including indulgences such as cookies and cakes (47 percent), ice cream and frozen novelties (44 percent) and potato chips/salty snacks (38 percent).