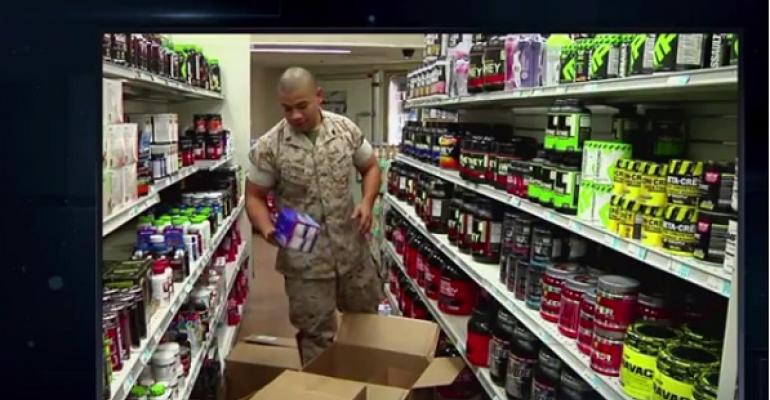 The poster child in a shocking and awful HBO report that aired Tuesday was two soldiers who died, allegedly from DMAA&mdash;an illegal, performance-enhancing drug masquerading as a supplement that&rsquo;s since been pulled from store shelves by FDA.

The U.S. military is in a tough spot. It plays whack-a-mole with alleged terrorists—al Qaeda, ISIS, Shia, Shiite, what’cha got?—around the oil fields of the Middle East. And according to a Tuesday night HBO “Real Sports” episode with Bryant Gumbel, it's also playing whack-a-mole with allegedly unsafe dietary supplements—DMAA, ephedra, what’cha got?

On HBO, they chose to talk about two soldiers who died with "DMAA in combination with other ingredients" in their bodies.

While the latest media report finally got over the tiresome inaccuracy that the supplements industry is “unregulated,” the new meme is that it’s “under-regulated.” The poster child in the shocking and awful HBO report was two soldiers who died, allegedly from DMAA—an illegal, performance-enhancing drug masquerading as a supplement that’s since been pulled from store shelves by FDA.

In the HBO report, it took too long for the FDA to pull those performance-enhancing supplements from military stores.

“This is not a safe and effective system for regulating pills and powders that we’re putting into our bodies,” said Pieter Cohen, the Harvard celeb who’s been making the media rounds lately lambasting the quality and regulatory regime around supplements. “We’re talking about something that’s sold to supposed to benefit our health, and it makes absolutely no sense that we’re waiting for the products to be sold hundreds of thousands of times before we can whack them down, and then we have to chase after something else.”

The HBO report went on to discuss the state of supplements regulation—which was about as spot-on as weapons of mass destruction in Iraq. It then pivoted to how the laws came into effect, aiming ire at Utah Republican Sen. Orrin Hatch.

“Critics of dietary supplement regulation tend to focus on pre-market approval as the only option, ignoring the fact that pre-market approval is not a full-proof method to safety, nor is it a viable option for the vast majority of products in our industry that don’t receive the same patent protection and financial incentives as pharmaceutical products,” says Steve Mister, president and CEO of the Council for Responsible Nutrition. “Our industry is open to dialoguing with those who are serious—and realistic—about finding ways to avoid the kinds of tragedies shown in this segment in the future.”

The United Natural Products Alliance, based in Hatch’s home state of Utah, sent us a detailed record of supplements regulation, pointing out HBO’s “irresponsible reporting” that’s “a glaring disservice to the public.” To wit:

“Millions of consumers use dietary supplements daily and do so safely and with great benefit,” said UNPA President Loren Israelsen. “This is in large part due to the efforts of Sen. Hatch, who has tirelessly worked to assure continued access to safe and beneficial products. Based on his record, we are surprised and disappointed that HBO missed the mark so badly.

“Regrettably, HBO has chosen to misinform its viewers on the regulation and safety record of supplements,” he added. “And while we agree that rogue players and products do exist, this is not because of DSHEA or Sen. Hatch, who has consistently worked to preserve the rights of consumers to access safe dietary supplements.”