HomeIngredientsHemp—no, not pot, not CBD, not cannabis, not quite—hemp for victory
Recent
Latest
4 tips to get ahead of chemical concerns in packaging
May 20, 2022
7 CBD favorites in the increasingly popular gummies format
May 20, 2022
Mission MightyMe helps parents introduce allergens to babies
May 20, 2022
UNFI's Eric Dorne to step down as chief operating officer
May 20, 2022
Trending
Whole Foods' honors 30 companies with 10th annual Supplier Awards
May 18, 2022
Sponsored Content
The rise of sustainable business – eGuide
Sponsored Content
Getting ready for 2023: Trends for brands to consider
May 17, 2022
Sponsored Content
Unboxed: 7 plant-forward ice creams to stock this summer
May 10, 2022

Hemp—no, not pot, not CBD, not cannabis, not quite—hemp for victory 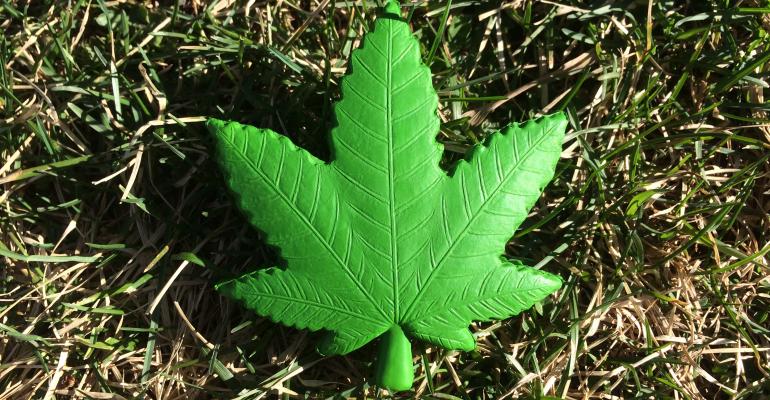 This home-grown economic driver can replace fiber, concrete, tobacco, plastic, petroleum. Oh, and it could also save the climate crisis. Are you on board?

After years of anti-smoking campaigns across America, the once-proud Kentucky tobacco farmer has well and truly fallen on hard times. Despite some export opportunities for Asian markets, tobacco just isn’t cool any more.

But farmers there have an expertise in planting crops. And they’re tired of sitting around, cashing relief checks.

“Kentucky hemp is cool,” Hendrix said at the third annual NoCo Hemp Expo, held in Loveland, Colorado, April 1-2. “It’s good for farmers, good for processing jobs. But nobody buys hemp products in Kentucky. On the west coast or here in Colorado it’s normal. Kentucky is an exporter.”

Hendrix, now also the director of business development for domestic production for CBD company CV Sciences (formerly Cannavest), said the Kentucky tobacco crop has been decimated because of the sustained anti-smoking campaigns here.

“Farmers need a replacement crop,” he said. “We have the agricultural infrastructure. We should do this, we’re not growing tobacco anymore.”

That 2014 Farm Bill allowed states to grow their own hemp if their state law allowed. It also defined “industrial hemp” as having less than 0.3 percent THC—the cannabinoid that gets you high.

Nine states took Congress up on its offer, with the leaders being Colorado and Kentucky.

CBD Biosciences, based in Pueblo, Colorado—which is rapidly becoming the agricultural capital of industrial hemp grows in the state, thanks to a climate that can accommodate two grow cycles per year—planted 120 acres of hemp in 2015 and expects to plant 1,200 acres in 2016, according to company owner Chris Peruzzi. He said he expects the company to employ 130 people in three years in its 200,000 square-foot facility that once housed a Boeing airplane plant.

Peruzzi said CBD Biosciences is poised to become the “anchor of the first hemp cluster, in Pueblo.”

At the third annual NoCo Hemp Expo, there were 130 exhibitors, 50 sponsors and 70 speakers. Add it all up and it was three times the size of last year’s expo.

“None of these businesses existed three or four years ago,” said Sean Murphy, editor-in-chief of Hemp Biz Journal, who touts the boilerplate statistic that there’s 25,000 uses of the plant, from sustainable plastic to textiles, health care to buzz management. “There’s this huge amount of entrepreneurial activity based on farming. Perhaps only Silicon Valley has an industry with this amount of entrepreneurial activity and innovation.”

Murphy said that while purely industrial hemp is estimated to contribute only 4 percent of market sales in 2015, those hemp-based products for uses as far afield as automobile parts, insulation, technical fabrics and oil-well liners will rise to 25 percent of sales by 2020.

Hemp-based foods in the U.S. in 2015 account for 19 percent of hemp consumer sales, according to Hemp Biz Journal, with sales projected to exceed $100 million this year.

The industrial hemp market, now at $500 million/year in the U.S. with annual growth of 26 percent, is poised to triple in size, to $1.5 billion, by 2020, according to Hemp Biz Journal estimates.

The National Hemp Association has three primary goals that will help the market grow, not least by consciously decoupling hemp from its psychoactive cousin, marijuana. Of primary importance is to de-schedule it at the federal level. Today, all cannabis plants are considered Schedule 1—no medical value and with a high chance for abuse. Yet half the states have medical marijuana laws, indicating that, at the grass roots at the very least, people consider marijuana to indeed have some healthcare benefits.

And that’s not even counting the other phytocannabinoid, CBD. If there is a true medical marijuana constituent, it’s the cannabinoid that doesn’t actually get you high. CBD is being investigated as a pharmaceutical for child-onset epilepsy diseases, and is also the beneficiary of no small amount of anecdotal stories on a range of pain-management situations.

There are two other orders of the day for the National Hemp Association, according to executive director Zev Paiss. One is the banking issue around the marijuana business. Because marijuana remains on Schedule 1 and is still illegal on the federal level, no banks want to support any aspect of the industry—especially the recreational dispensary aspect—leaving it very much a cash-only business. That’s more than a tall order for any business.

The third component of the National Hemp Association’s campaign is around education—on economic impact, on healthcare, on agriculture, as a disruptive raw material.

Hemp for victory? How about hemp for plastic? Hemp for concrete? Hemp for petroleum? Hemp as rotational crop?

“Hemp can be a very important contributor to enable all of our lives to be more sustainable,” said Hunter Lovins, president of Natural Capitalism Solutions. “The most important is the agricultural aspect—a deep-rooted plant that takes the carbon out of the air and puts it back into the soil.”

Mercedes-Benz is using hemp in its cars. Ireland is leading the way with environmentally friendly buildings. Israel is a leader on medical use. Yesterday, if you had a hemp business in America, you were importing the raw material from either Europe, China or Canada. Tomorrow, we may have a true home-grown (ahem) market right here in America.

Are you bullish on hemp? How will it change your business? Comment below.

The hemp/marijuana revolution: A testing ground for supplements to get it right?
Jul 02, 2015