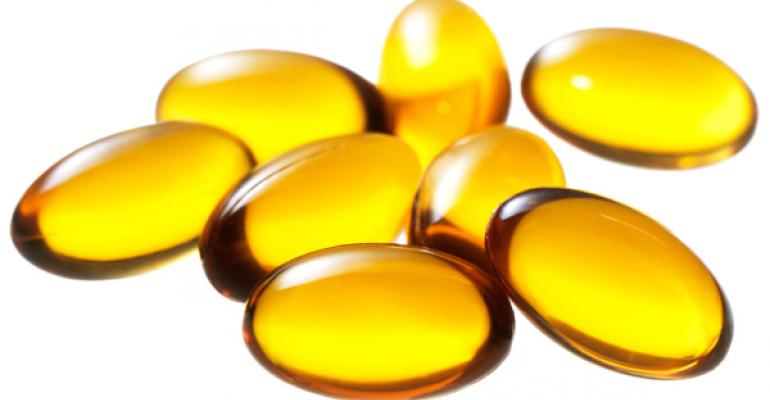 New study finds that high levels of blood lipids can keep this essential micronutrient tied up in the bloodstream and prevent it from reaching the tissues that need it.

In the continuing debate over how much vitamin E is enough, a new study has found that high levels of blood lipids such as cholesterol and triglycerides can keep this essential micronutrient tied up in the blood stream, and prevent vitamin E from reaching the tissues that need it.

The research, just published in the American Journal of Clinical Nutrition, also suggested that measuring only blood levels may offer a distorted picture of whether or not a person has adequate amounts of this vitamin, and that past methods of estimating tissue levels are flawed.

The findings are significant, the scientists say, because more than 90 percent of the people in the United States who don't take supplements lack the recommended amount of vitamin E in their diet.

Vitamin E is especially important in some places such as artery walls, the brain, liver, eyes and skin, but is essential in just about every tissue in the body. A powerful, fat-soluble antioxidant, it plays important roles in scavenging free radicals and neurologic function. In the diet, it's most commonly obtained from cooking oils and some vegetables.

Some experts have suggested that recommended levels of vitamin E should be lowered. But because of these absorption issues, the recommended level of 15 milligrams per day is about right, said Maret Traber, the lead author of this study. Inadequate vitamin E intake remains a significant societal problem, she said.

"This research raises particular concern about people who are obese or have metabolic syndrome," said Traber, who is the Helen P. Rumbel Professor for Micronutrient Research in the College of Public Health and Human Sciences at Oregon State University, and a principal investigator in OSU's Linus Pauling Institute.

"People with elevated lipids in their blood plasma are facing increased inflammation as a result," Traber said. "Almost every tissue in their body is under oxidative attack, and needs more vitamin E. But the vitamin E needed to protect these tissues is stuck on the freeway, in the circulatory system. It's going round and round instead of getting to the tissues where it's needed."

This research was done with 41 men and women, including both younger and older adults, who obtained vitamin E by eating deuterium-labeled collard greens, so the nutrient could be tracked as it moved through the body. Of some interest, it did not find a significant difference in absorption based solely on age or gender. But there was a marked difference in how long vitamin E stayed in blood serum, based on higher level of lipids in the blood—a more common problem as many people age or gain weight.

The study also incorporated a different methodology, using a stable isotope instead of radioactive tracers, than some previous research, to arrive at the estimates of vitamin E that made it to body tissues. Using the stable isotope methodology that these researchers believe is more accurate, they concluded that only 24 percent of vitamin E is absorbed into the body, instead of previous estimates of 81 percent measured by the use of radioactive vitamin E.

"In simple terms, we believe that less than one third the amount of vitamin E is actually making it to the tissues where it's most needed," Traber said.

Vitamin E in the blood stream is not completely wasted, Traber noted. There, it can help protect LDL and HDL cholesterol from oxidation, which is good. But that doesn't offset the concern that not enough of this micronutrient may be reaching tissues, she said.