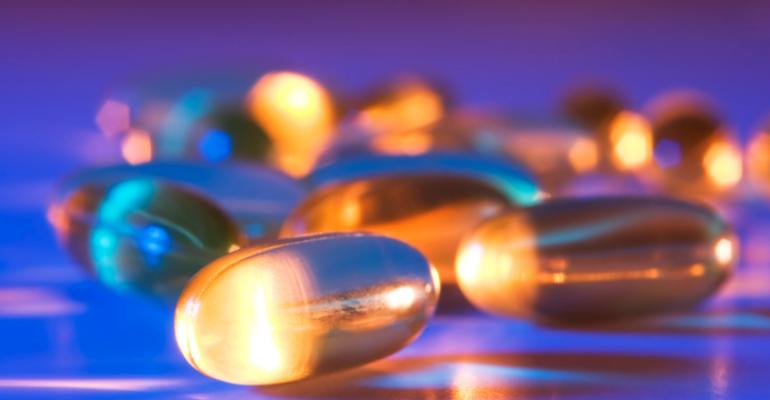 Vitamin E deficiency may cause brain damage, according to new research from Oregon State University.

Their study revealed how a lack of the vitamin messes with the brain’s supply chain of nutrients needed to maintain the health of neurons.

The research was done on zebra fish. OSU researchers, who obviously know how to tell a brain-damaged zebra fish from a genius zebra fish, found that fish fed a diet deficient in vitamin E throughout their life had about 30 percent lower levels of DHA-PC, which is critical to brain cells. The researchers also looked at the level of compounds called lyso PLs, nutrients needed to get DHA into the brain, where they help membrane repair. They found that the lyso PLs are an average of 60 percent lower in the fish with a vitamin E deficient diet, according to a release about the study from OSU. The study appears in the Journal of Lipid Research and was noted on sciencedaily.com.

“This research showed that vitamin E is needed to prevent a dramatic loss of a critically important molecule in the brain and helps explain why vitamin E is needed for brain health,” Maret Traber, the Helen P. Rumbel Professor for Micronutrient Research in the College of Public Health and Human Sciences at OSU and lead author on this research, said in the release.

“Human brains are very enriched in DHA, but they can’t make it,” said Traber, who also is a principal investigator in the Linus Pauling Institute at OSU. “They get it from the liver. The particular molecules that help carry it there are these lyso PLs, and the amount of those compounds is being greatly reduced when vitamin E intake is insufficient. This sets the stage for cellular membrane damage and neuronal death.”

The zebra fish used in the study and their intake of vitamin E are equivalent to humans eating a low vitamin E diet over a lifetime. In the U.S., 96 percent of women and 90 percent of men don’t get enough E.

“There’s increasingly clear evidence that vitamin E is associated with brain protection, and now we’re starting to better understand some of the underlying mechanisms,” Traber said.

A study published recently in the Journal of Experimental Medicine found that high doses of vitamin E may curb oxidative stress in mice.