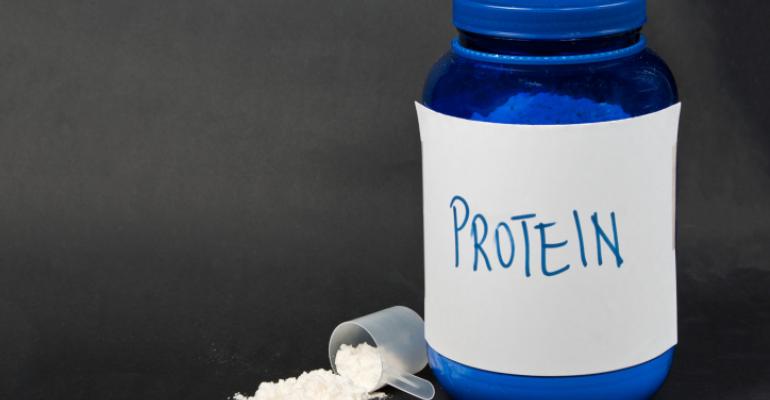 Protein is hotter than ever, even as sources and applications fluctuate broadly. Is whey giving up its mantle to plant proteins? What&#39;s next with Greek yogurt?

Protein continues its upward trajectory, based on consumer demand for the only macronutrient to have never taken a health hit. Even as consumers are starting to differentiate between good fats and bad fats, healthy whole-grain carbs and diabesity-inducing cheap refined carbs, there is no good protein and bad protein—it’s all good. The bull market in protein is creating a bigger pie, so that whey protein continues its rise even as plant proteins eat into its market share.

In the U.S., two out of five consumers are increasing the amount of protein in their diet, according to Steve French at the Natural Marketing Institute. Consumers see protein as helping to increase energy, maintain muscle mass and strength, and help manage their weight. “The consumers understand the benefits,” says French.

“Because there are less products out there in Europe, consumers will be more interested when they’re exposed and understand benefits, so I expect innovation in Europe,” says Yasemin Ozdemir at Innova.

In developing countries such as Eastern Europe, non-animal proteins are gaining sway. That’s mostly because these are less expensive forms.

“Economic development leads to higher protein diets,” says Christopher Shanahan at Frost & Sullivan. “As a given region’s income increases, so does its taste for food rich in proteins. In 10-plus years, non-animal proteins will be a significant part of diets in these developing regions.”

Dairy proteins reign supreme. In the sports nutrition world—where protein got its start—about three of every five products use dairy proteins (read: whey). Whey is used because it’s the fastest protein source – that is, it gets to the muscles fastest, and body builders want that immediate effect.

But there’s been a shift in that market as athletes realize they would prefer the amino acid effect to prolong over a longer period of time. So protein blends with slower metabolism rates have been formulated so that muscle protein synthesis is elevated for a longer amount of time. Soy is an intermediate protein that takes between 60 to 120 minutes to digest, whereas casein is a slow protein that requires between three and five hours to digest.

A 2012 study presented at the Experimental Biology meeting solidified the blending concept among the elite athlete set. It found that a blend of protein sources—50 percent casein, 25 percent whey, 25 percent soy—was superior to whey alone for prolonging muscle building and recovery after exercise.

It was only two years ago that three of every four protein-centric products contained one protein source, while most of the rest contained two protein sources. The shift to blends is underway. “We expect this pie chart to be different,” says Shanahan at Frost & Sullivan.

After dairy proteins in the sports nutrition world, about 22 percent of products now use plant proteins, 5.7 percent use straight-up amino acids, 8.2 percent creatine and 4.8 percent other, according to Shanahan.

In the plant protein space, soy is (the aging) queen. The healthy halo around soy has...

This isn’t the half of it. To read the rest on protein—notably what’s trending in the non-animal protein category and what’s next with Greek yogurt —as well as the renowned Engredea SWOT analysis on protein, download the free 2015-16 Ingredient Market Forecast. Fully 10 different ingredient classes are covered, from adaptogens to vitamin K2. Click below to have the report sent to your email when it becomes available in mid-June.