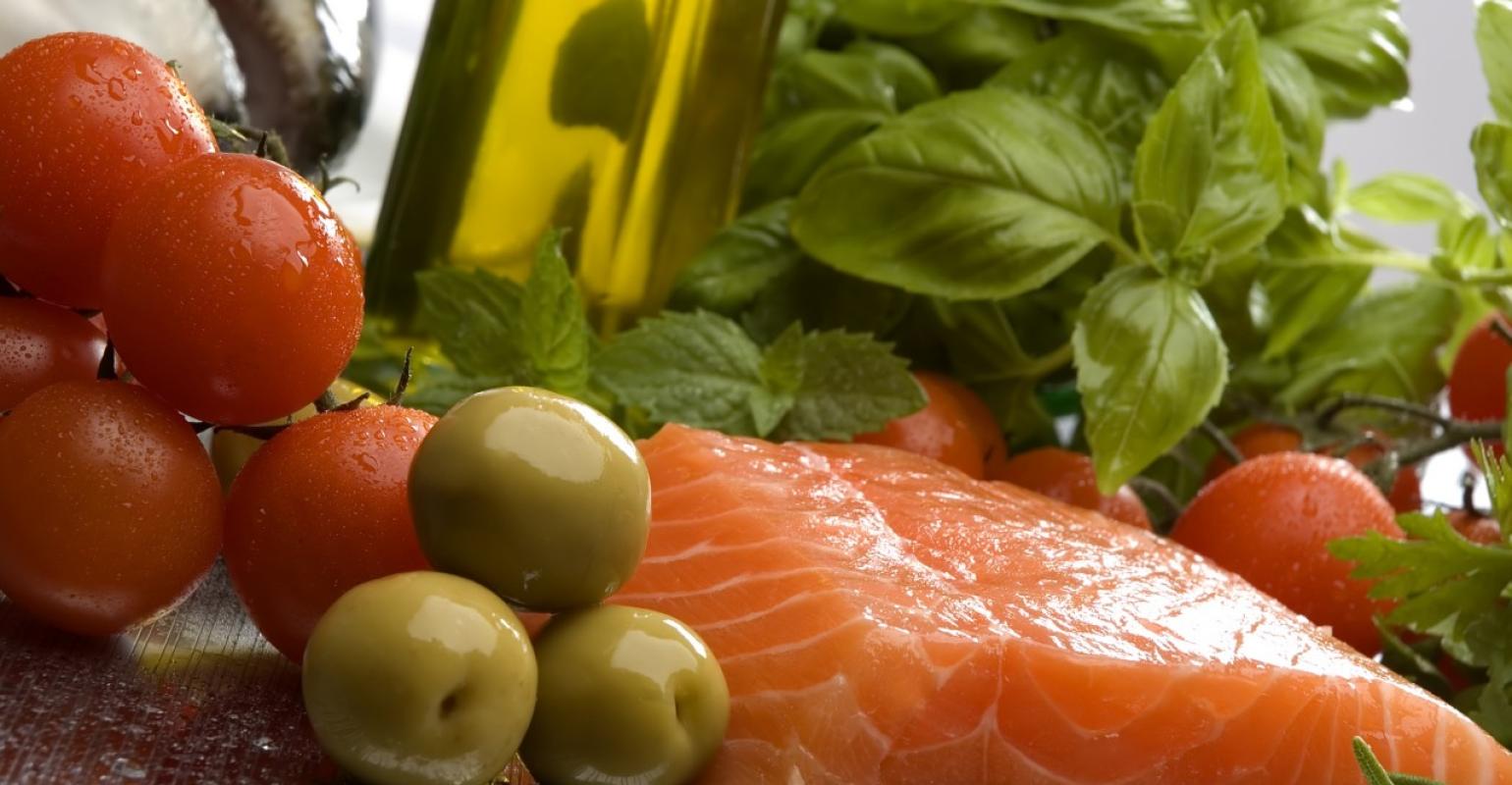 Research strengthens support for staying slim with a Mediterranean-type diet.

Eating a Mediterranean diet may help older adults lost weight, or at least avoid packing on the pounds, according to recent research. This study isolates the diet, rather than lifestyle, as the weight control mechanism to a greater extent than previous research that linked eating a diet with lean protein, legume, whole grains, lots of fruits and vegetables and olive oil to slimming down.

The study’s lead author, Ramon Estruch, MD, PhD, of the University of Barcelona, and his team randomly assigned 7,447 older adults at risk for cardiovascular disease to follow one of three diets: a Mediterranean diet supplemented with one liter of extra virgin olive oil a week, a Mediterranean diet supplemented with 1 oz. of nuts a day or a low-fat diet. The men were 55 to 80 years old and the women were 60 to 80 at the start of the study. All had either diabetes or three or more other risk factors for cardiovascular disease, such as a smoking habit, elevated blood pressure or high cholesterol. None of them were told to restrict calories or exercise during the study.

After almost five years, people in all three groups had slightly reduced body weight, but the change was bigger with the two groups assigned a Mediterranean diet, the researchers reported in The Lancet Diabetes and Endocrinology.

The findings suggest that people trying to lose weight may not want to focus exclusively on cutting calories and fat, Dariush Mozaffarian, a nutrition researcher at Tufts University in Boston, wrote in an accompanying editorial. "Numerous trials have shown that, in people trying to lose weight, high-fat diets that focus on reducing starch, other refined grains and sugars are as effective or more effective than healthy low-fat diets in the long term," Mozaffarian told Reuters Health. "This trial should finally lay to rest our country’s long-running fear of fat, when it comes from healthy foods such as nuts and extra virgin olive oil."

Research touting the bennies of the Med diet is piling up. A study published earlier this year found that following the diet may help keep aging brains young.