HomeHealth and Nutrition ResearchNatural sweeteners still in exploratory phase
Recent
Latest
Podcast: What brands need to get on shelf at Fresh Thyme Market
May 24, 2022
Natural Habitats releases Palm Positive+, A Reference Guide
May 24, 2022
The Planting Hope Company aims to prove gender equity leads to success
May 23, 2022
4 tips to get ahead of chemical concerns in packaging
May 20, 2022
Trending
Whole Foods' honors 30 companies with 10th annual Supplier Awards
May 18, 2022
Getting ready for 2023: Trends for brands to consider
May 17, 2022
Sponsored Content
The rise of sustainable business – eGuide
Sponsored Content
Natural beauty market trends
Jun 16, 2021 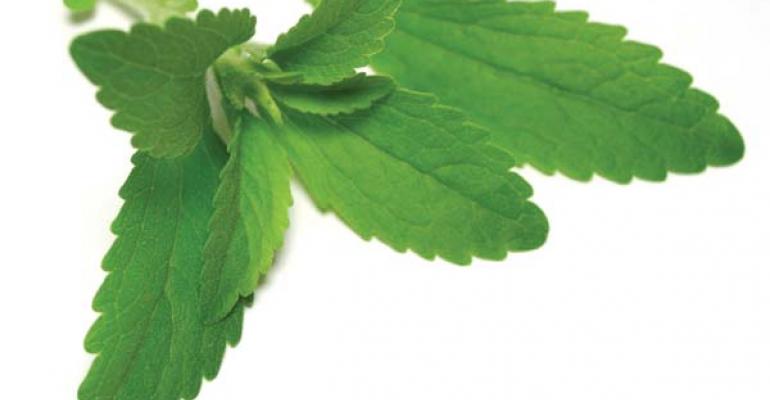 Demand for natural sweeteners is up, but manufacturers still struggle to find the right balance of steviol glycoside in their drinks. Taste remains the main obstacle.

The concerns about obesity and related health problems, plus sugar taxes in many countries, have stimulated the market for non-caloric sweeteners. In particular, the natural plant-derived sweeteners such as stevia are getting popular as more people look for natural products.

Natural sweeteners are coming
The trend toward whole foods and natural products has also meant a growing demand for natural sweeteners made from herbs. In 2013, approximately 20 percent of new non-caloric soft drinks were based on natural sweeteners, and Canadean expects this category to continue showing impressive growth, with lots of potential in North America, Europe and Japan. Although the category is growing, it’s rising from low volumes and it will take years to catch up with the market leaders. In 2013, the soft drinks industry consumed only close to 700 tons of stevia ingredients, versus 12,300 tons of Aspartame or 8,700 tons of Acesulfame K. The largest natural sweetener on the market is stevia, but Canadean also finds great potential in other herbal sweeteners such as monk fruit.

A matter of taste
Natural sweeteners are still in their exploratory phase, and many product manufacturers are still struggling to find the right balance of steviol glycoside in their drinks. Although new technologies are being made to constantly improve these products, taste continues to be the main obstacle for the natural sweet.

Not everyone embraces this distinct taste, and some drinks brands, such as Glaceau Vitamin Water, combine the sweetener with sugar. In the U.S., Coca-Cola has had to reverse engineering the Vitamin Waters back to the original composition as they realised the Americans didn’t appreciate the Stevia taste. However, stevia has its advantages, as Karin Nielsen, ingredient analyst at Canadean, explains. “Stevia may be more suited for certain products such as teas, nectars, and juices, as it has an ability to enhance the taste of the natural ingredients.”

The non-caloric sweeteners market is dominated by Sucralose (26.5 percent), Aspartame (15.9 percent), Acesulfame K (14.7 percent), Saccharin (13.2 percent), and Cyclamate (5.9 percent), followed by newcomers such as Stevia (5.7 percent). Aspartame is on a decline, at minus 0.9 percent growth annually in the global market over the coming three years. The highest growth, as well as significant volumes, is observed in Acesulfame K and Sucralose within soft drinks. Stevia sweeteners still have some way before reaching this league.

Natural sweeteners take a bite out of artificial
Feb 27, 2010