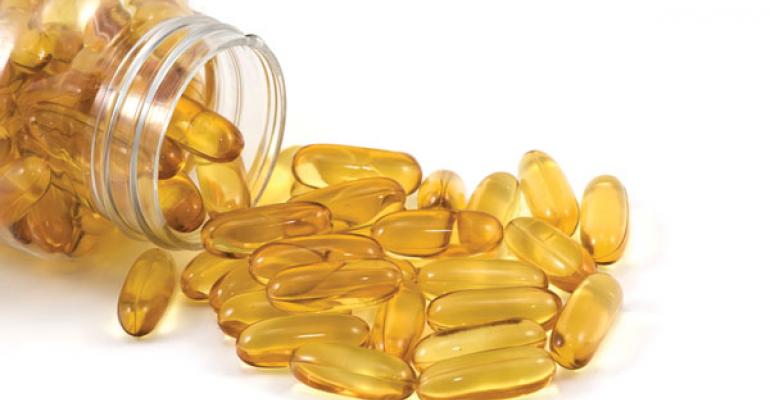 A meta-analysis of studies supports a link between depression and EPA and DHA intake.

Omega-3 fatty acids may help alleviate depression, according to a recent analysis of existing research.

Researcher conducted a meta-analysis of 13 studies with 1,233 participants. They found that the research showed a depression-reducing benefit for Eicosapentaenoic acid (EPA) and Docosahexaenoic acid (DHA). The beneficial effect was larger in studies that used higher doses of EPA and included patients taking antidepressants. Their findings were published in the journal Translational Psychiatry.

Major depressive disorder is one of the most common mental disorders in the U.S., according to the national Institute of Mental Health. An estimated 15.7 million adults aged 18 or older had at least one major depressive episode in 2014—about 6.7 percent of all American adults.

The researchers who conducted the latest meta-analysis confirmed the link between EPA and DHA and a reduction in depression. "This new meta-analysis nuances earlier research on the importance of long chain omega-3s in MDD," said the study's lead author R.J.T. Mocking, of the University of Amsterdam, the Netherlands.

The authors wrote: “Future precision/personalized medicine trials should establish whether possible interactions between EPA and antidepressants could provide targets to improve antidepressant response and its prediction.”