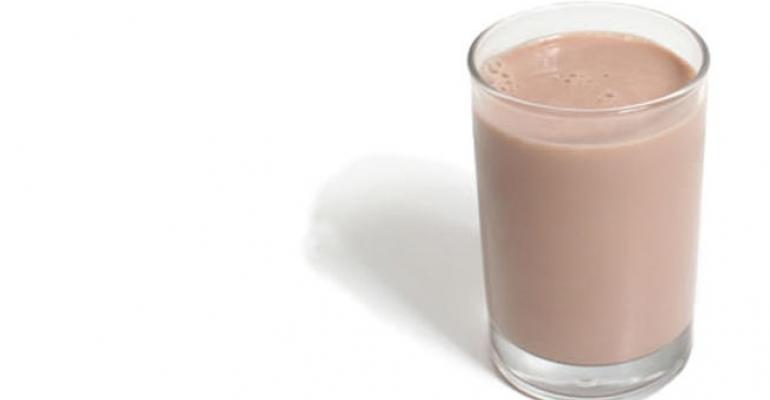 What if chocolate milk were banned from school cafeterias? Students would take 10 percent less milk, waste 29 percent more and may even stop eating school meals.

In a recent article published in PLOS ONE, researchers for the Cornell Center for Behavioral Economics in Child Nutrition Programs (B.E.N. Center), reported results from data collected at 11 Oregon elementary schools where chocolate milk had been banned from the cafeterias and replaced with skim milk. While this policy eliminated the added sugar in chocolate milk, there were unexpected nutritional and economic backlashes.

The new Cornell Food and Brand Lab study by Andrew Hanks, David Just and Brian Wansink, found that eliminating chocolate milk from the elementary schools decreased total milk sales by 10 percent, indicating that many students substituted white for chocolate milk. Even though more students were taking white milk, they wasted 29 percent more than before. Nutritionally, after the milk substitution, students on average consumed less sugar and fewer calories, but also consumed less protein and calcium. Additionally, the ban may have been a factor in a 7 percent decrease in District's Lunch Program participation.

Removing flavored milk from cafeterias decreases added sugar, yet the economic and nutritional costs warrant reconsidering a less restrictive policy. Nicole Zammit, former assistance director of nutrition services at Eugene School District, was not surprised that banning chocolate milk had negative consequences. She had this to say, "Given that the role of the federal school meal program is to provide nutritious meals to students who may otherwise have no access to healthy foods- I wouldn't recommend banning flavored milk unless you have a comprehensive plan in place to compensate for the lost nutrients when kids stop drinking milk altogether."

In conclusion, co-author and Director of the Cornell Food and Brand Lab, Brian Wansink recommends, "There are other ways to encourage kids to select white milk without banning the chocolate. Make white milk appear more convenient and more normal to select. Two quick and easy solutions are: Put the white milk in the front of the cooler and make sure that at least one-third to one-half of all the milk is white."