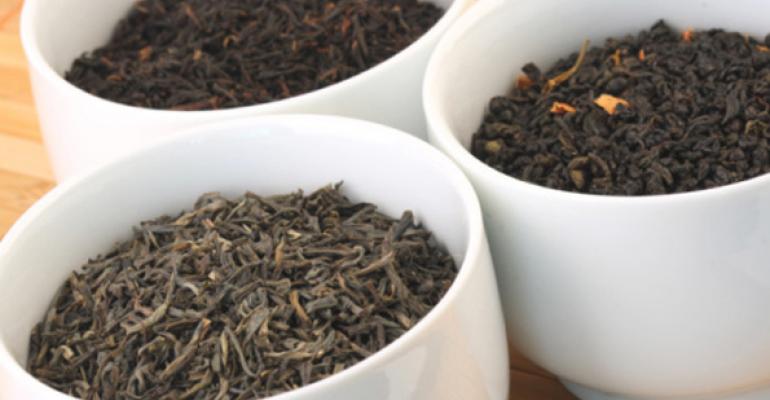 People who drank one to three cups of tea daily were 35 percent less likely to have a major cardiovascular event, according to new research.

Enough already about how healthy coffee can be—the latest research suggests as little as a cup of tea every day may provide major benefits to the heart.

People who drank a cuppa each day were 35 percent less likely to have a heart attack or other major cardiovascular event, compared to nondrinkers, according to recent research. And it didn’t matter if the tea was black or green. Drinking tea was also linked to healthier arteries.

The research was presented at a meeting of the American Heart Association in Phoenix.

"We found that moderate tea drinkers had a decreased progression of coronary artery calcium and a decreased incidence of cardiovascular events," said Elliott Miller, MD, in a release posted on Medicalxpress.com. Miller is an internal medicine physician and instructor of medicine at Johns Hopkins Hospital in Baltimore.

Because it was an observational study, researchers couldn’t prove a cause-and-effect relationship between tea drinking and heart disease. The results may also stem from an overall healthier lifestyle of the tea drinkers.

For their research, Miller and his team analyzed data from more than 6,000 men and women enrolled in an ongoing study that began in 2000. At the beginning of the study, all subjects were free of heart disease. The researchers tracked the records of the men and women to see who had a heart attack, stroke or chest pain, or died from other types of heart disease over 11 years. They also measured the calcium deposits in the blood vessels over five years by comparing earlier CT scans to later ones.

People who drank a cup of tea a day had about one-third less risk of a major heart disease event during the study period than people who didn't drink tea.