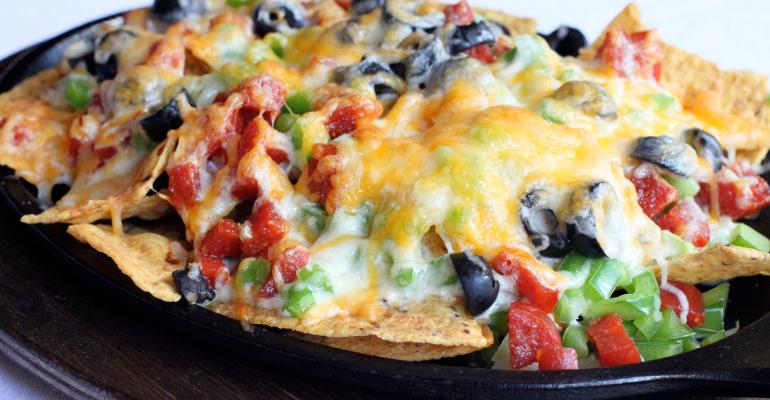 The nation&#39;s top 25 restaurant chains failed to reduce sodium levels in almost 3,000 menu items between 2012 and 2014, according to a report released by the Center for Science in the Public Interest.&nbsp;

The nation's top 25 restaurant chains failed to reduce sodium levels in almost 3,000 menu items between 2012 and 2014, according to a report released by the Center for Science in the Public Interest. The nonprofit nutrition and food safety watchdog group analyzed restaurant sodium data from MenuStat.org, the New York City Department of Health and Mental Hygiene's online nutrient database.

Excess sodium in the diet is a leading contributor to hypertension, stroke, heart disease, and other major health problems—and 80 percent of the sodium Americans eat comes from processed and restaurant foods. Between 2012 and 2014, the decline in sodium across 2,925 appetizers and sides, burgers, entrees, fried potatoes, pizza, sandwiches, and soups was less than one percent, from an average of 1,267 to 1,256 milligrams. An analysis of the 1,874 items that were on those restaurants' menus in both 2012 and 2014 showed no decline, with an average of 1,201 mg in both years.

"As a whole, the nation's leading restaurants are failing miserably when it comes to their patrons' heart health," said Michael F. Jacobson, CSPI executive director. "And unfortunately, the U.S. Food and Drug Administration has failed for decades to tell the food industry to lower sodium and by how much."

Outback Steakhouse showed the biggest overall decrease, a 9 percent average decline across 80 items. IHOP showed the biggest increase, with a 9 percent average increase across 129 items. At table-service operations such as Applebee's, Chili's, IHOP and Olive Garden, the average sodium level per menu item was equal to or exceeded 1,500 mg, the daily recommended limit for the majority of Americans.

In 2010, the Institute of Medicine called on the FDA to mandate limits for sodium in restaurant and processed foods, gradually reducing sodium in the food supply over time. It is estimated that reducing sodium consumption by half would prevent about 100,000 deaths from heart attacks and strokes in the United States each year.

While the FDA has not acted on the IOM recommendations, in recent years many other nations have launched sodium reduction initiatives in their countries. The United Kingdom has probably had the most aggressive program, leading to a 15 percent reduction per capita in sodium consumption between 2001 and 2011. Argentina, Australia, Belgium, and South Africa also waged effective sodium reduction campaigns.

A critical public health concern is children’s sodium consumption. The Centers for Disease Control and Prevention released data in September 2014 showing that children ages 6 to 18 consume on average 3,300 mg a day, well above recommended levels.

CSPI's analysis of sodium in kids-menu items found a decrease of eight percent between 2012 (163 items) and 2014 (222 items). However, when the analysis was restricted to those items that were on menus in both years (116 items), average sodium actually increased two percent. That indicates that any progress is due to the addition of lower-sodium items, such as apple slices, not to the reformulation of existing menu items.