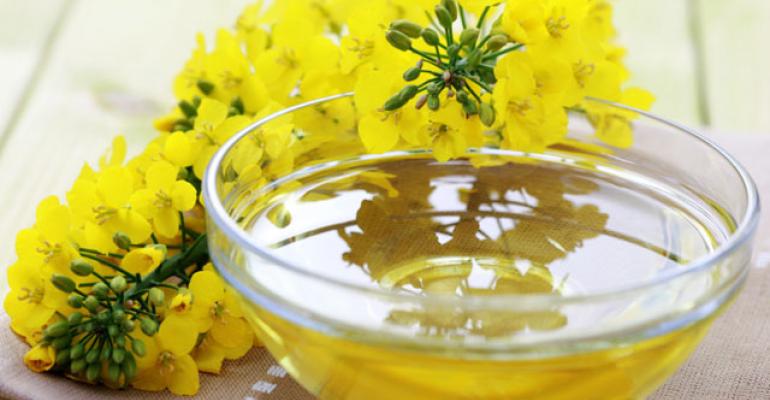 Increase in asthma coincides with switch from butter to certain oil-based diets. But the good news is vitamin E in olive and sunflower oils improves lungs.

“Considering the rate of affected people we found in this study, there could be 4.5 million individuals in the U.S. with reduced lung function as a result of their high gamma-tocopherol consumption,” said senior author Joan Cook-Mills, an associate professor of medicine in allergy/immunology at Northwestern University Feinberg School of Medicine.

This is the first study to show gamma-tocopherol is associated with worse lung function.

Cook-Mills presented her research in May at the Oxidants and Antioxidants in Biology World Congress. It was also published in the journal Respiratory Research.

Rates of asthma in the U.S. have been climbing in the last 40 years, coinciding with a switch in U.S. diets from lard and butter to soybean, canola and corn oils, which were thought to be healthier for the heart. Looking at other countries’ rates of asthma, Cook-Mills said those with significantly lower rates of asthma have diets high in olive and sunflower oils.

In the U.S., asthma prevalence (the percentage of people who have been diagnosed with asthma and still have asthma) was 8.4 percent in 2010, as reported by the U.S. Department of Health and Human Services Centers for Disease Control and Prevention.

In the U.S., the average blood plasma level of gamma-tocopherol is four or more times higher than those of European and Scandinavian countries that consume sunflower and olive oil, Cook-Mills noted.

Cook-Mills examined the CARDIA results for individuals’ lung function tests at four intervals from baseline to 20 years and the type of tocopherol levels in their blood plasma at three intervals from baseline to 15 years. She found that a high level of gamma-tocoperol, 10 micromolar in the blood plasma, was associated with a 10 to 17 percent reduction in lung function. Micromolar is a measure of the amount of gamma-tocopherol per liter volume of blood plasma.

“The blood plasma showed how much they had acquired in their tissues,” Cook-Mills said. “You get vitamin E from your diet or supplements.”

“A 10 percent reduction in lung function is like an asthmatic condition,” Cook-Mills said. “People have more trouble breathing. They take in less air, and it’s harder to expel. Their lungs have reduced capacity.”