HomeBusiness ResourcesWhat some West Coast brands are doing to keep sales flowing during stay-at-home orders
Recent
Latest
4 tips to get ahead of chemical concerns in packaging
May 20, 2022
7 CBD favorites in the increasingly popular gummies format
May 20, 2022
Mission MightyMe helps parents introduce allergens to babies
May 20, 2022
UNFI's Eric Dorne to step down as chief operating officer
May 20, 2022
Trending
Whole Foods' honors 30 companies with 10th annual Supplier Awards
May 18, 2022
Getting ready for 2023: Trends for brands to consider
May 17, 2022
Sponsored Content
The rise of sustainable business – eGuide
Sponsored Content
Natural beauty market trends
Jun 16, 2021 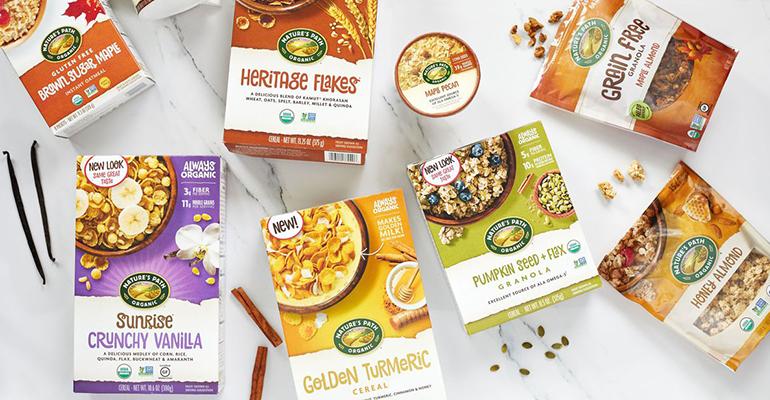 Hesse, a co-leader and investor with Slow Money Northern California, knows everyone is concerned about how COVID-19 will change communities nationwide.

Because it impacts everything else, Hesse argues that the most important question to answer right now is “How do we keep our local food sources alive and afloat over the next few weeks and months?”

“This isn’t an altruistic question, because if they’re not alive we don’t have anything to eat,” says Hesse, who co-founded the community capital services Credibles and Investibule.

While some farmers are seeing their highest revenues ever and hitting subscriber limits, Hesse says those are the ones with good mailing lists and strong email marketers.

“If you have a direct channel, light it up,” Hesse says. “Now is when you really want to use it.”

Natural food brands that don’t have a direct channel in terms of ingredient sources should take stock of their inventories. If a brand has enough inventory, a mailing list and followers, then now is the time to create an online store that offers shipping.

Keep in mind that if UNFI keeps ramping up your orders because shelves are empty and your inventory eventually becomes depleted, brands could end up excluding both channels in addition to customers.

This is where having long-term subscription or gift card models can help pay the bills and employees in order to free up cash flow for purchasing more inventory. With so many small businesses trying to find funding during COVID-19, Hesse also recommends considering lenders such as Kiva, a microfinancing nonprofit or Mission Driven Finance, an impact investing firm and certified B Corporation in San Diego that makes commercial loans to small business and nonprofits.

Help your frontline workers while donating to communities

Arjan Stephens, general manager of Nature’s Path Foods, spoke with other food manufacturers and a legal team to create a letter entitled “Team member travel related to critical infrastructure” that his technically essential employees now carry in case they are stopped while traveling for work.

Citing the Presidential Policy Directive 21 (PPD-21) that designated the food and agriculture sector as critical infrastructure, the letter details how Nature’s Path employees are providing a vital service by helping ensure that food products are available to the public.

Doing this has helped the 500 people who work at Nature’s Path's three factories located in Blaine, Washington; Sussex, Wisconsin; and the Canadian province of British Columbia.

Since the pandemic began Nature’s Path has increased the frontline pay of every team member’s by an additional $2 per hour, AKA a heroic premium. Anyone that was employed by Nature’s Path on or before March 1 also received a “heroic bonus” of $250.

“We believe all of our team members are heroes in this fight,” Stephens says. 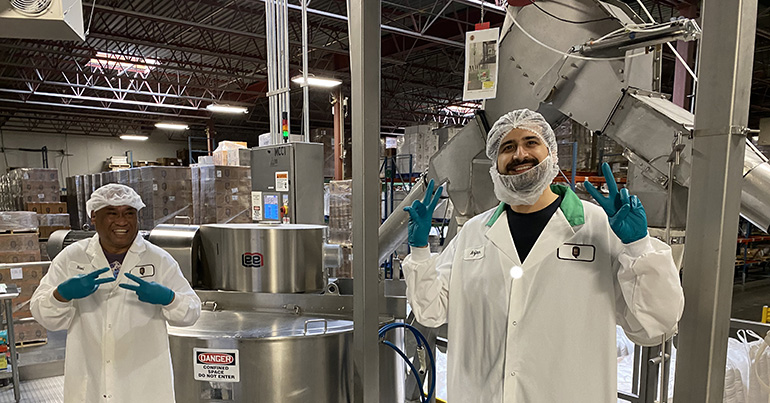 Nature’s Path now offers an $1,000 employee referral bonus, split between a $500 bonus given after an employee has worked three months with the company and $500 given after the one-year anniversary of an employee being hired.

Stephens says that employees' paid time off has been increased to two weeks, in addition to what they were already offered. The company has also put additional pay increase premiums in place for employees who are training others to work on multiple pieces of equipment.

“We’ve always had cross-training, but we realized we needed to move faster now,” Stephens says. “If our critical skilled roles get sick, we have to continue producing food. Our goal is not to lay off anyone at this time.”

With food pantries and grocery store shelves running low on product, and more and more people losing their jobs, Stephens says that businesses need to donate both food and funds. In the past few weeks Stephens says Nature’s Path has donated approximately 6,000 cases of organic oatmeal and toaster pastries to charities and pledged to donate at least $1.5 million of the company’s products to different food banks and charities over the next 12 months, working with nonprofits including Blessings in a Backpack, Feed the Children and The Salvation Army.

Stephens’ advice to other natural food entrepreneurs is this: “People’s demand for organic food products is going to continue to grow. There might be a dip with the recession, but in the long term, eating healthy and being healthy isn’t going to go away.”

Trishna Saigal, founder and CEO of Down to Cook, which makes Adda Veggie Protein Mixes, launched her company in June 2019, mostly selling at farmer’s markets.

After rebranding and creating new packaging in January, Saigal was officially set to launch products into retail. She was in the middle of negotiations when the COVID-19 pandemic hit.

“Everything shifted,” says Saigal who lives in El Cerrito, California. “Everyone has to figure out their own path forward.”

In a matter of days, Saigal’s corporate catering and restaurant accounts, which included the Berkeley City Club, Guckenheimer Events and Catering and Fare Resources, immediately evaporated. Same in terms of discussions with meal kits companies like Gobble, with which her product was in a pilot phase. 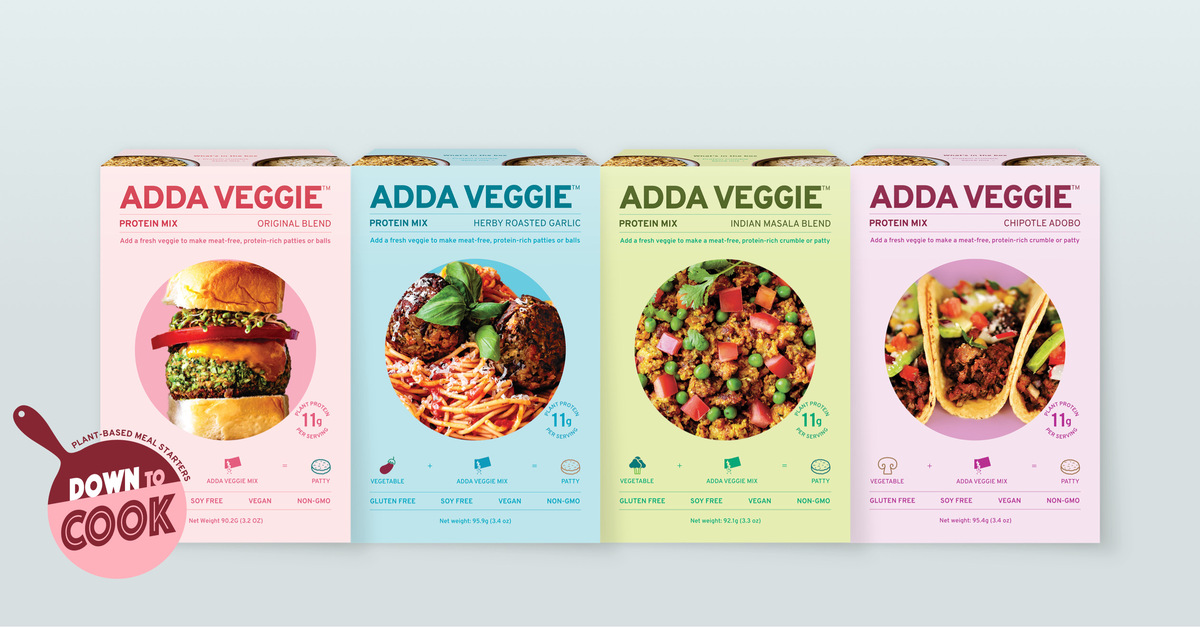 “I’ve had to think about ‘How do I do this when the only channel really left is direct to consumer?’” says Saigal, who has a shop on her website downtocookfoods.com.

She’s helped by a team of consultants to cover sales and strategy, digital marketing, a graphic designer who helps with the website and packaging, as well as chefs for recipe development and corporate catering account support.

In February, Saigal moved from a commercial kitchen to a co-packer—Old California Sourdough Company—in Hayward, California, because they were closer to her home, only have 100-pound fill minimums and could manage her 10-pound commercial foodservice quantities and 3-ounce servings for retail packs.

It was a much better decision in hindsight, she says, than choosing a co-packer in Los Angeles, which would be nearly impossible to access now from her home in the Bay Area amid the coronavirus pandemic.

The timing of COVID-19 couldn’t be worse for Saigal as she’s about to give birth to her first child. And she’s still trying to figure out her next steps. Saigal was planning on launching on Amazon this fall, but is trying to move up the timelines.

“I feel fortunate that at least my product is dry and I can do e-commerce,” Saigal says.

While many companies are trying to ramp up their production, Sadie Scheffer, CEO and founder of Bread SRSLY, is taking an interesting approach. 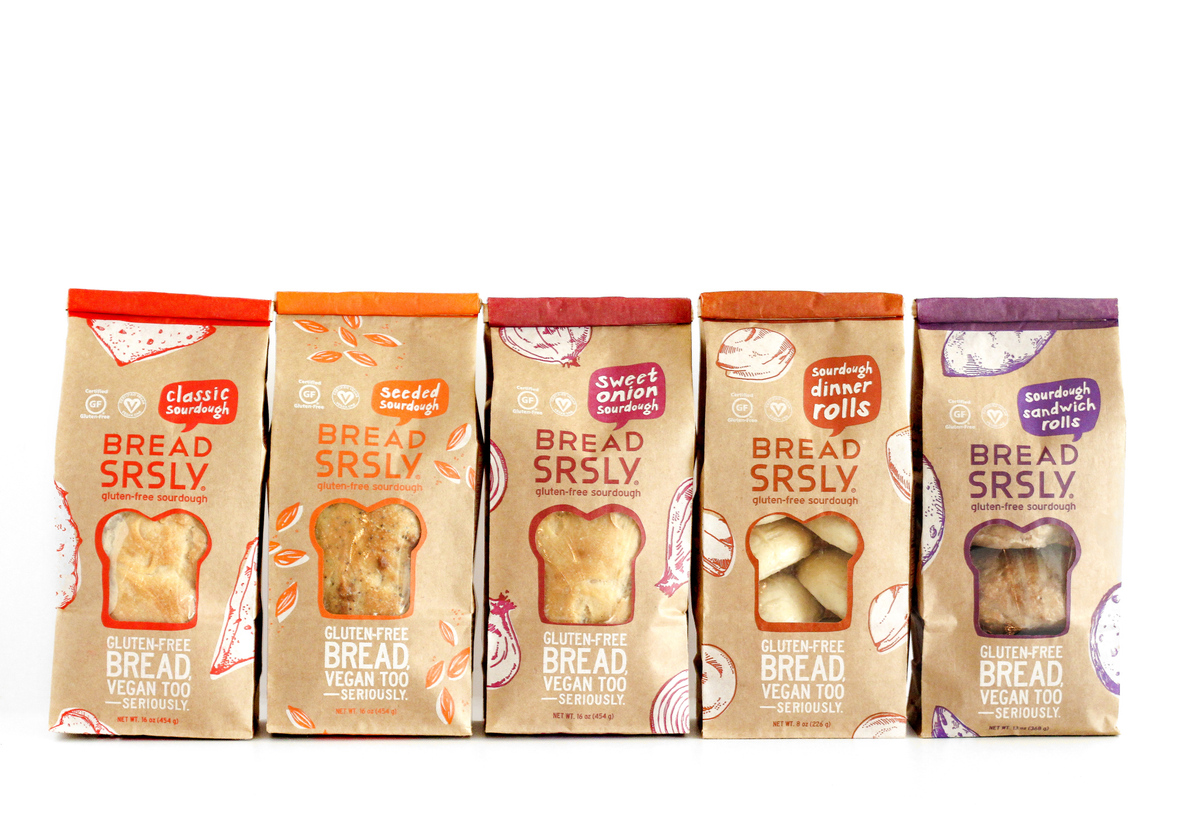 “We’ve put caps on food production so we don’t stress our team out,” Scheffer says. “Because team health is our most important asset right now.”

That means that even though sales are high, Scheffer is deliberately keeping their capacity lower than normal.

“That way, our team has an easier time handling curveballs and absentees,” she says. “It’s too early in the game to be in overdrive.”

She is prioritizing Bread SRSLY’s ecommerce sales to help with cash flow as they are paid in advance while at the same time having more in-depth conversations with wholesale buyers to communicate the latest updates regarding whether they can fulfill an order or not.

Scheffer says she’s also cutting some of her more labor-intensive stock-keeping units such as her dinner rolls, which is also her least profitable product, to prioritize popular SKUs like their classic sourdough bread in order to satisfy the greatest number of customers.

Regardless of what products are reduced or added, Scheffer says it’s essential for all company owners to check in with their employees on a daily basis.

“Talk to your people,” Scheffer says. “The most important thing is to understand where they are every single day.”