HomeBusiness ResourcesWhy selling your company doesn’t have to mean selling out
Recent
Latest
6 tips to promote consumer understanding of Certified Organic
May 18, 2022
Sponsored Content
Balanced Health Botanicals Newsletter – May
Getting ready for 2023: Trends for brands to consider
May 17, 2022
EXPO VIDEO: How did a young sparkling water brand get licensing deals with Marvel and Disney?
May 16, 2022
Trending
Debra Stark’s light shines bright on natural products industry
May 10, 2022
Unboxed: 7 plant-forward ice creams to stock this summer
May 10, 2022
Hemp CBD industry struggles so far in 2022
May 10, 2022
Monitor: Consumer research on collagen shows how much education is needed
May 12, 2022
Natural Products Expo
brought to you by

Why selling your company doesn’t have to mean selling out 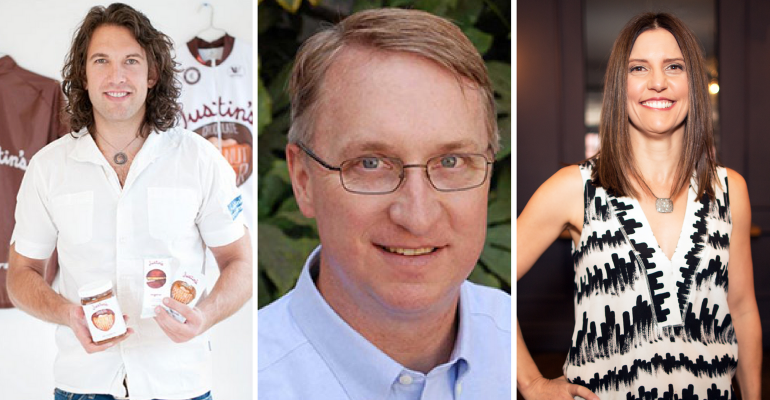 A panel discussion at Expo West addressed what to do when Big Food wants to take over your brand.

For many brands in the natural products industry, growing a company without losing the soul of the brand is of great concern. And while having a strategic exit plan is the end for some, for others it’s a new beginning. A panel discussion at Natural Products Expo West 2017 addressed the challenges many small brands face when going through an acquisition.

Justin Perkins, vice president of strategic partnerships at Care2 and founder of snack brand Olomomo led the discussion. The panelists—Justin Gold, founder of Justin’s nut butters, Koel Thomae, cofounder of Noosa Yoghurt, and John Foraker of Annie’s—were all once cash-strapped entrepreneurs who eventually sold their companies to multinational companies.

Related: Justin's: We aren't selling out; Hormel is buying in

The discussion revolved around issues of trust, intuition, ways to stay involved and strategies to building a brand that someone wants to purchase. The panelists' frank stories illustrated the challenges and considerations they faced when deciding on a partner.

For Gold, who remains with the company he started after it sold to Hormel last year, the need to stay on the front side of the business while getting help on the back side was necessary for him. "A new level of work begins when you bring on a big company," Gold said.

Related: General Mills buys Annie's but what does it mean for natural & organic?

For many, the question, 'who can I trust?' is at the forefront of the decision-making. As Perkins explained, it’s hard to judge character across the table of a boardroom. "It’s hard to know who you’re getting married to." But these partnerships are much like a marriage.

For Annie's, after a deal fell through with Kraft in 2002, the company didn’t attempt to sell again until 2014. As Foraker noted during the panel, General Mills was who company leadership felt best about, leading them to sell the company for $820 million. He spoke of a candid conversation they had about keeping the values Annie’s had cemented since it had gone public in 2012. He didn’t expect General Mills to be so receptive to his demands, but they said, 'We totally get it,' he recalled.

"We’ve been able to forge a new era of doing it right," added Foraker.

With big food companies like General Mills now making big strides—like removing artificial colors and flavors out of its cereals last year—maintaining integrity through acquisition is becoming less challenging for small natural brands. They are also starting to recognize the opportunities of these types of partnerships. "For all the things we [in the industry] care about, like climate change and carbon sequestration, we need the large CPG companies to get on board," Foraker said.

But selling to one of the big guys often comes with blow-back, Gold explained. When he sold his company to a meat company, the vegetarian was met with raised eyebrows. As he described it, though, that anger comes from a place of love; loyal customers don’t want their brand to change. He assured everyone that Hormel was buying into Justin’s; Justin’s wasn’t selling out. "It takes time for things to calm down and for people to realize nothing is changing." For Gold, this meant showing up and leading by example.

The panelists recognized the challenge of being the 'founder-syndrome type.' Thomae noted that when Noosa chose to sell to a private equity firm in 2014, it needed to do so to protect the investments that had already been made in the company. “A lot of entrepreneurs don’t quite know when to get out of their own way," observed Thomae. "It’s important to be a partner and reconfigure your plan within the company."

To conclude the session, Foraker offered some straight-forward advice for choosing investors: "The main thing is, do your diligence."