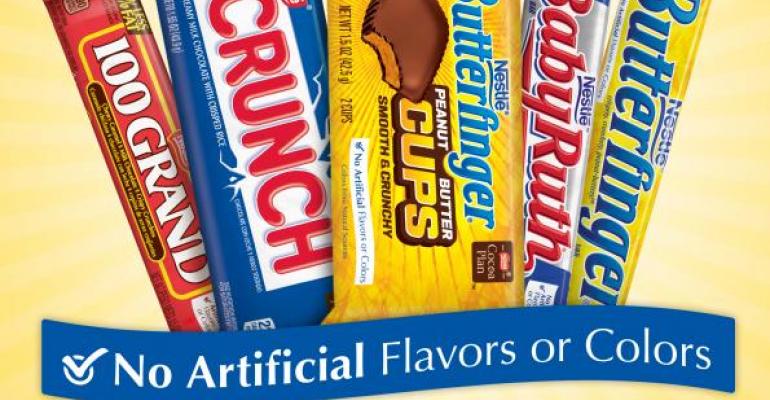 Nestl&eacute; will remove artificial ingredients from its chocolate and confectionery by the end of 2015&mdash;but is the &ldquo;natural&rdquo; approach really what consumers want?

At first glance, Nestlé’s “natural” move appears a smart one, especially given the attention an increasingly health-conscious society pays to what they’re putting into their bodies. Indeed, half of all US consumers surveyed by Datamonitor Consumer claim to pay a “high” amount of attention to the ingredients used in food and drinks they consume. It is important, however, to consider Nestlé’s move in the context of the confectionery space. The most frequent confectionary consumers in the U.S.—teenagers aged 15 to 17 years old—are also the least attentive to ingredients. With this in mind, could Nestlé’s move have been misguided? The answer to this question is a definite “maybe.”

Taste must remain the priority
While many consumers are making active decisions to opt for natural food and drinks, most are in agreement that the ingredients and nutritional information take a back seat against flavor. According to a recent Datamonitor Consumer survey, 38 percent of American consumers try to choose natural food and drink products “all” or “most of” the time. Though this is a significant proportion, it is clear that “natural” is still not the top priority for the majority. When asked what they consider to be the highest priority, 46 percent agreed “flavor” was number one. Nutritional information (39 percent) and checking of ingredients lists (27 percent) are only secondary considerations.

“Much of the appeal of candy bars is the novelty and indulgence factor,” says Melanie Felgate, consumer insights analyst for Datamonitor Consumer. “Natural ingredients may be a ‘nice to have’ attribute, but consumers primarily look for sensory appeal. Many associate natural as being more nutritious, but that is less of a priority when indulging in a chocolate bar as a treat. Success for Nestlé will be heavily reliant on there being no discernible difference in the taste or ‘indulgence factor’ of the product. ‘Natural’ alone will not be enough keep existing consumers happy.”

Learning from past mistakes
In the recent past, recipe changes have backfired for other major confectionery brands. Just last month Mondelez International changed the recipe of the UK’s leading Easter confectionery line Cadbury’s Crème Egg so that the outer shell was no longer made with classic Cadbury Dairy Milk chocolate, but instead a “standard” Cadbury milk chocolate. Although the change appeared relatively minor, the move created a stir in the media with loyal consumers disappointed that the classic recipe has changed.

Another example, which will weigh more heavily on Nestlé’s mind, is that of US confectionery brand NECCO Wafers. In 2011, the brand, like Nestlé, removed artificial colors and flavors to go “all natural.” The resultant uproar among consumers forced the brand to take a backward step and reinstate the original recipe a few months later. Interestingly, many of the complaints regarding Necco Wafer’s reformulation were related to the change in color of the product, rather than just the flavor. The natural colorings did not provide the same vivid colors associated with the original confectionery the consumers knew and loved. Nestlé may face a similar problem when it tries to reformulate the distinctive yellow/orange color inside its Butterfinger bar. According to the brand, it will be replacing Red 40 and Yellow 5 colorings with annatto, a natural color derived from seeds in the fruit of the achiote tree. Will consumers accept the visual change even if the taste remains unchanged?

Natural may win over consumers in the long-term
Although reformulation has the potential to upset many existing consumers, there are opportunities to appeal to a growing market of natural seeking consumers. “While in the short term Nestlé’s reformulation may generate some negative publicity, in the longer term, a strategy to remove artificial ingredients makes a lot of sense,” explains Felgate.  “As the natural proposition grows in importance, brands which fail to act now will likely lose out in the longer term. Nestlé could enjoy some first-mover advantage.”

There is evidence that consumers are after healthier indulgences. One such confectionery brand which has capitalized on the natural trend is US-based Unreal Candy, offering natural alternatives to popular confectionery products such as M&Ms and Reese’s Peanut Butter Cups.

“Unreal Candy’s whole proposition is built around the fact that natural can still be indulgent,” notes Felgate.  “The strapline used is ‘100 percent real. Unreal taste’ showing that the brand truly understands the importance taste plays above all else.”

It remains to be seen whether Nestlé’s decision to go “natural” will prove popular, but if the brand can alter recipes without compromising on the taste and visual appeal of the originals, it stands a fighting chance of winning over consumers in the long run.

Will Nestle’s move to cut out artificial colors be the tipping point in the U.S. candy market?
Feb 21, 2015
Nestlé to oust artificial flavors, colors from chocolate
Feb 17, 2015