A cocker spaniel is 15% less natural than a wolf 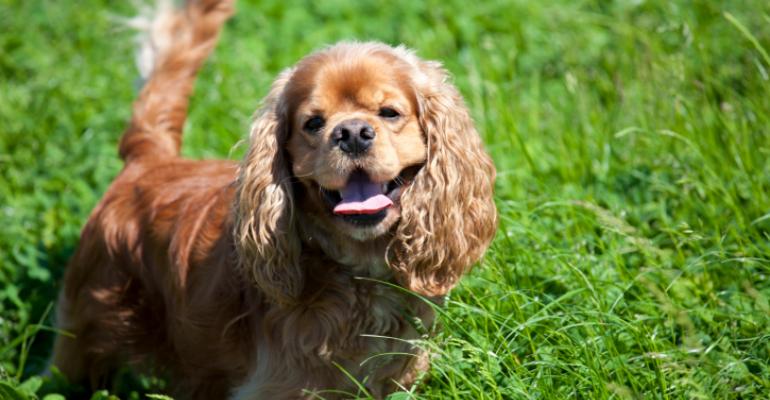 Paul Rozin, a professor of psychology at UPenn, talks about consumer perception of the natural industry&#39;s most meaningless label: &quot;natural.&quot;

Paul Rozin, PhD, is a professor of psychology at the University of Pennsylvania, where he focuses his research on food preference and the cultural and biological evolution of cuisine. Rozin spoke to Nutrition Business Journal from his offices in Philadelphia.

nbj: Is ‘natural’ the most powerful claim for food?

Paul Rozin: That’s hard to measure, but it does have a big effect on consumers and it’s almost meaningless. 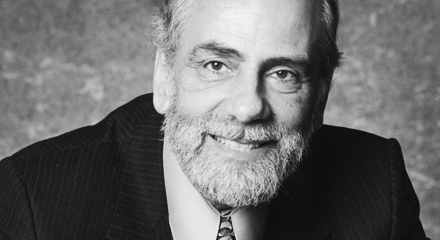 PR: It’s not clear what natural is. Human beings are natural. In principal, anything they produce is a product of something natural. Your feces is natural, but what about your wristwatch? Natural is used vaguely in food to mean something like ‘not too much processing and additives.’ At least people think it means that. For example, I’ve seen sugar advertised as natural when it comes from sugar cane, which is true, but sugar is not thought of as natural by most people.

nbj: Is it defined more negatively then by what it isn’t?

PR: Yes, in two ways. Food with no human intervention—that’s the negative approach. So no additives, no preservatives, that sort of thing. The other way to approach this is originality, food in its original state. Those two approaches tend to be correlated. They aren’t always correlated, but generally speaking, when you intervene, you move something further from its original state.

nbj: Science and engineering could be a psychological barrier then.

PR: Yes, the idea is Adam and Eve in the primal environment, the one before human culture developed. That’s the way the world should be. Quite a few people claim this, but they also use computers and have pet dogs, which are both enormous cultural products obviously not present in the natural world. I think this is an inherently complicated idea and, of course, it focuses on food. No one would try to market a natural computer—I don’t even know what that would mean—so it focuses on food.

nbj: We often discuss genetic modification as a crucible for a lot of this discussion around ‘natural.’ Fair?

PR: Yes, I believe so. It’s the most fundamental way we know of intervening in a product. People are much more comfortable with domestication, which involves changing multiple genes, than they are with the insertion of a single gene. There is resistance to poking around in nature. Making Boston Terriers out of wolves doesn’t seem as much like interfering with God’s work as sticking one gene into a corn plant.

PR: That’s possible, but there are plenty of natural genes inserted too. I don’t think the distinction matters too much. It does matter if you add a natural thing to a natural thing of the same sort, like if you mix two waters from two springs. You still get a pretty natural product in most people’s view. If you take natural things that are not of the same sort, like adding natural vitamin D to milk, that does seem to reduce the naturalness of the milk. I suppose if you put something unnatural in like synthetic vitamin D, it would reduce the appeal even more.

People are pro-natural. A recent study we did gives us the data here, but basically, people think that if something is natural it probably tastes better. They think it’s healthier, a conclusion for which there is very little evidence, and they think it’s better for the environment, which sometimes is true and sometimes less so. Organic farming may be better for the soil in many respects, but you also need more of that soil. You can’t grow as many crops in as small an amount of space. The same people who want organic farming want to leave the world as natural as possible, but if you need more land to grow your organic food, you are going to take more land away from its natural function. It really is quite complicated, the calculus of what you are in favor of and what you are not.

nbj: What about plants versus animals?

PR: We have found that people tend to think of plants as more natural than animals, which is a little unusual. There is no reason to think that. Green is the color of natural—it’s plant color, we don’t have green animals. We’ve also found that the process is more important than the content—that is, what happens to something is more important than what is actually in it.

nbj: I remember from one of your presentations the startling discovery that a cocker spaniel is 15% less natural than a wolf.

PR: Yes, something like that, and it’s a totally different creature. I’m amazed that little children can even recognize that a cocker spaniel is a dog. We can start with a wolf, call it a dog, and then move to the cocker spaniel and ask—what do you call this thing? They will call it a dog too, and I can’t figure out what criteria they are using. It doesn’t look like a wolf.

nbj: There’s also your work with water. As I recall, if you put additives in the water, it reduces its natural appeal, but if you then take them out, the water doesn’t go back to being natural.

PR: No, it’s actually less natural. Remember, it’s not the content, it’s the history. People want to know what’s been done to the product, and yet they love things like cheese, which has plenty of human intervention. My god, we spoil the milk to make cheese.

Life in this complicated world is full of contradictions. There are lots of people against abortion but in favor of capital punishment. You can find a way to explain that, I suppose. We have so many choices that we have to take a stand on, but we can’t keep them totally consistent. Consumers can have the general guideline that they prefer natural things and will pay a little more to indulge that, but every once in a while they will run into a problem. The world presents so many options to us that there is going to be a case where we have to pit one of our values against another.

nbj: Have you done any research on dietary supplements?

PR: We started to do a little bit, but I would just say off-hand that additivity dominance plays a role there. In most cases, an additive makes something less natural than a subtractive does. If you add something to a substance, a natural thing, its naturalness drops more than if you take that something out. Take calcium, which is already in milk. If you add more calcium to milk, that’s worse than taking some of the calcium out of milk, in terms of reducing its appeal.

A supplement is an additive, but we don’t use the word additive, do we. I have very little doubt that people would be more friendly to a supplement than to an additive. Additive has the implication that it is not natural. A lot of this has to do with naming.

nbj: You’re speaking to one of the fundamental debates in the supplement world right now—food versus medicine.

PR: That’s something we are studying now. We are comparing France and America on the blurring of the food/medicine line. We have blurred it here. When you go shopping in America, it’s very hard to distinguish between food and medicine, since we’ve added so many things to make us healthier. In France, these categories are much more separated. Drugstores don’t tend to carry food, food stores don’t tend to carry drugs, and there’s a cleaner distinction.

In the modern world, we have tried to create foods as a vehicle—just like a pill is a vehicle—for medicine. This is a very interesting trend. It’s not necessarily bad, it just means that people are thinking of food as a delivery device apart from basic nutrition. There’s something else going in there now.

nbj: Speaking of France, tell me about the garages there.

PR: I use this story to illustrate how you can get people moving. The French garage—not all garages, but the particular kind of garage that I happened to use when I was there—has a little cubby hole with its own little door for each car, all arranged in a courtyard. When you want to drive somewhere by yourself, you have to open the door of this little garage, get in the car, pull your car out, get out and close the door, and then you have to go to the gate of the whole courtyard and get out of the car, open that gate, pull your car out, park it and close the gate. Now, you could automate that and there are certainly automated ones in France, but my particular garage was such a pain in the ass that I would resist using it. The market was six blocks away from my house, so I never used a car to go there.

This relates to the obesity problem. You do little things. We have been looking at making portions a little smaller. People don’t even notice the change, but that can have a big effect from day to day. We could set up our world so we have to walk more. One simple thing to do—James Hill in Denver works on this—would be to close off the parking spots closest to the market on nice days. You make people walk a little more. Think of the irony in people who workout all day, only to drive to the supermarket and circle around for a spot right close to the exit.

The idea is that we can design our world differently, and the French have already done this to some degree. Snacks are less available there between meals. The French don’t snack, and they aren’t even tempted to snack because their world is not set up to provide snacks. There are lots of little things you can do to change people’s habits, and a number of us think that it’s going to be much easier to change our world than to change the people in it. We have been trying to get overweight people to change their behavior for decades and it hasn’t worked. Maybe we should try to change the world they live in.