HomeNewsVermont fuels flurry of GMO labeling announcements
Recent
Latest
Innovation at Milkadamia is a weekly exercise
May 27, 2022
Sponsored Content
Are there potential carcinogens swimming in your biobased laundry detergent? – article
Rowdy Mermaid disrupts functional beverages with science-based innovation
May 26, 2022
Monitor: Environmental claims confuse consumers—even natural shoppers
May 26, 2022
Trending
Getting ready for 2023: Trends for brands to consider
May 17, 2022
Natural beauty market trends
Jun 16, 2021
Podcast: What brands need to get on shelf at Fresh Thyme Market
May 24, 2022
The Planting Hope Company aims to prove gender equity leads to success
May 23, 2022
IdeaXchange
brought to you by 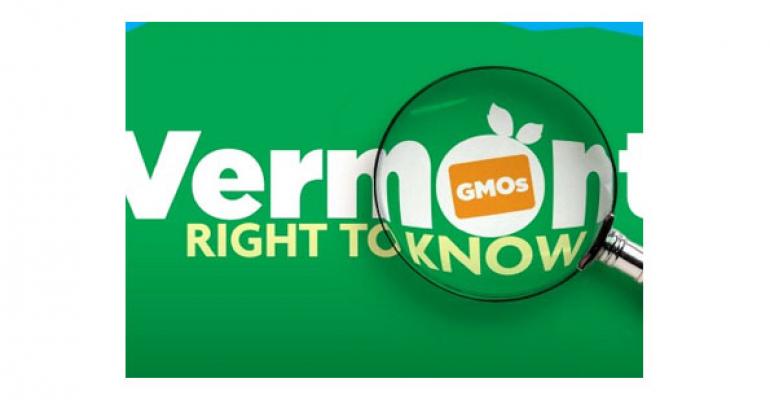 How can a state that houses fewer than 630,000 people spark change in the entire food industry? By getting serious about GMO labeling.

Have you read the news?

If you pay any attention to natural industry going-ons, you’ve likely read about recent commitments by large food brands to label GMOs. Campbell Soup Co. was the first multinational consumer packaged goods company to break the GMO labeling silence, with CEO Denise Morrison saying back in January, “Today, consistent with our purpose, we announced our support for mandatory national labeling of products that may contain genetically modified organisms and proposed that the federal government provide a national standard for non-GMO claims made on food packaging.”

Just last week, General Mills announced they’ll roll out on-pack GMO labeling, and on Monday, Mars—the group of folks who own confectionery delights like Milk Duds, M&Ms and Snickers—said they would label GMOs too. To jog your memory, these are the same two companies that collectively donated over $1.5 million to prevent California from requiring GMO labeling back in 2012.

That sound? That’s the sonic boom of minds all over the natural industry being blown.

It’s also notable that both companies announced their GMO labeling plans almost immediately after the DARK Act, formally known as Senate Bill 2609, failed to receive the 60 votes needed to invoke cloture. The bill is currently stalled in the Senate, but if passed, the DARK Act would preempt state’s rights to require GMO labeling of food products, meaning that Vermont’s mandatory labeling initiative would be deemed unlawful. Now faced with an impending regulatory nightmare—Campbell's, Generals Mills and Mars have opted to label GMOs across their entire product lines sold in the U.S.—not just in products that are headed to the Green Mountain State.

Why? The expense of dividing products into two production lines—one that prints packaging with GMO labeling and one that doesn’t, would be massive. “We can’t label our products for only one state without significantly driving up costs for our consumers and we simply will not do that,” said General Mills.

These announcements to label GMOs underscore the importance of Vermont’s law. While nearly all parties in the food industry agree that we need a national labeling standard to avoid what’s often referred to as a “patchwork” of differing state laws, the schism over whether such labeling legislation should be mandatory or voluntary is less of a speed bump and more like a collapsed bridge to the conversation. Those in the natural industry are staunch supporters of required labeling; conventional food companies obviously favor voluntary labeling.

The genius in Vermont’s state labeling initiative is that it provides an economic incentive for food brands of all ilk to label GMOs. Why manufacture products with pricey different packaging when you can, as per Just Label It’s argument, um, just label it.

Given Morrison’s aspirational message of transparency and trust, and the fact that the announcement was made back when it looked like the DARK Act may pass, it seems Campbell’s decision to label GMOs is more authentic than General Mills’ and Mars’ begrudging statements about Vermont’s pesky labeling law.

But in this instance, I don’t really care about authenticity. The end result is the same—GMOs will be labeled. Consumers will get the information they’ve been craving to make informed decisions about what food they eat, and what industries they support.

As more companies choose—or are economically forced—to make the GMO labeling decision, there will be a seismic shift in the food industry that slides toward improved access to information for all.

Campbell's will start labeling GMOs—here’s why this is a really, really good thing
Jan 08, 2016