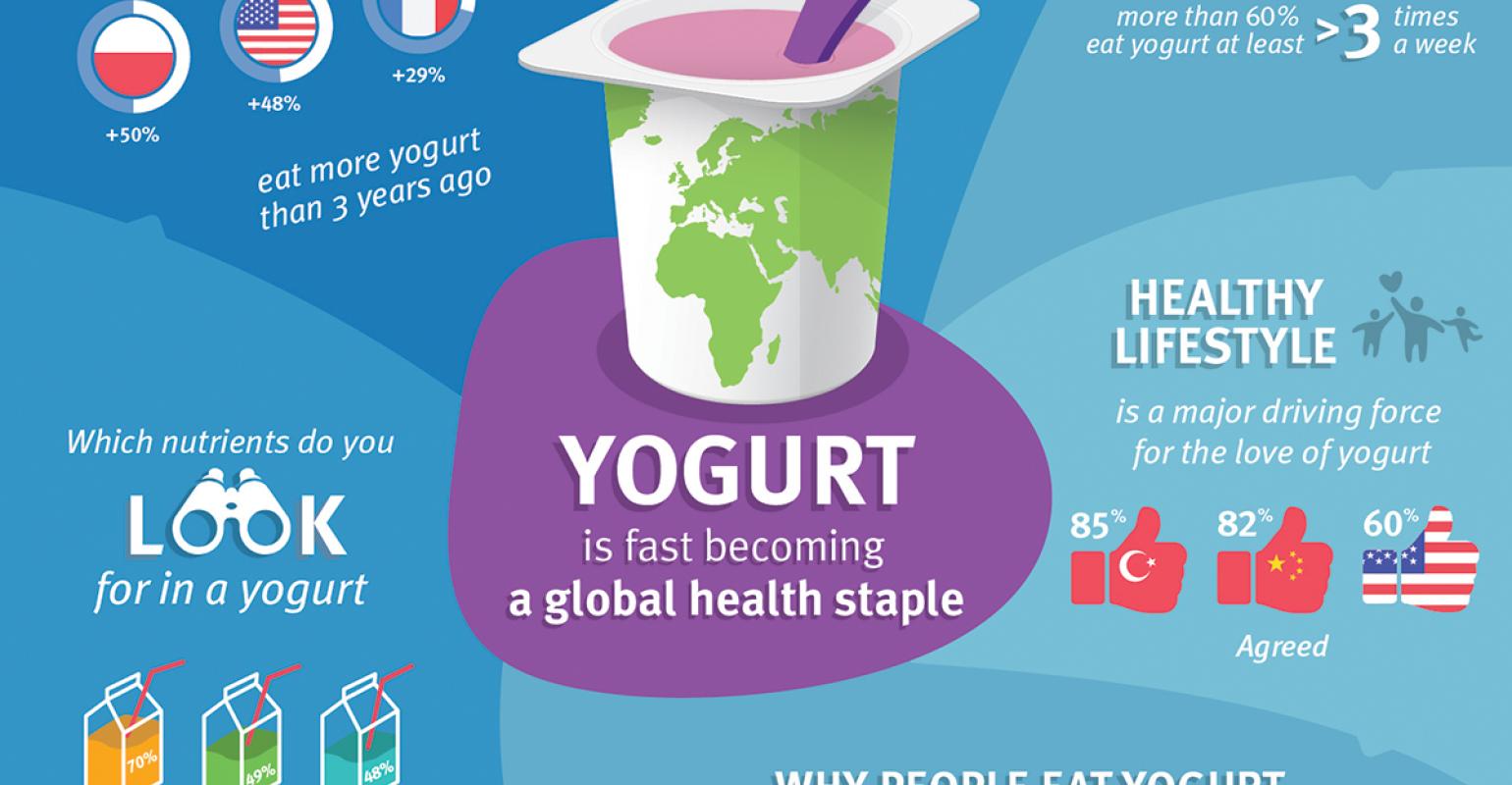 DSM, the global life sciences and materials sciences company, published a Global Insight paper, stating that the appeal of yogurt is on the rise globally. Carried out in countries as varied as China, U.S., Brazil and Turkey, the survey identifies a growing demand for yogurt as health-conscious consumers make it a regular habit.

The paper, which is the first of the Global Insight Series on yogurt, reveals that over the last three years more than half of the respondents have increased their yogurt consumption. The increased appetite is led by markets like China, Brazil and Turkey where 67 percent, 61 percent and 60 percent respectively of the respondents indicated that they are eating more yogurt than three years ago. Two out of three consumers say they are doing so because they are more conscious of their health.

The survey, which was completed by more than 6,200 consumers in the U.S., China, Brazil, Turkey, France and Poland, showed that around the world an increased focus on a healthy lifestyle is the major driving force behind the rise in yogurt sales. Especially in Turkey (86 percent) and China (82 percent), respondents listed health as the main reason for their increased consumption, above other options like ‘the availability of more varieties’, ‘yogurt is better than before’ and ‘dietary reasons’. Health concerns, such as bone health and gastrointestinal health, were clearly identified as key reasons for eating yogurt. Women in particular (55 percent) are more conscious of bone health compared to men (47 percent). The survey also identified regional differences. While Chinese consumers indicate that gastrointestinal health is the key influencer (76 percent), Turkish and French respondents cited bone health as their main concern (72 percent and 59 percent).

Consumers are well aware of the vitamins and minerals that naturally occur in yogurt and link it clearly to the health benefits they demand. Besides calcium, consumers are also looking for proteins and probiotics. In particular Chinese consumers are looking for probiotics in yogurt (83 percent) as health claims have started to impact perceptions on gut health in the region. For dairy producers, the natural health aspects of yogurt carry some distinct advantages, however, consumers are also willing to pay extra for enriched yogurt, especially in China.

“A healthy and at the same time tasty and pleasurable eating experience, is something we all aim for”, adds Mark Fahlin, global marketing manager, Fermented Milk Products at DSM Food Specialties. “The survey clearly reveals that the universal appeal of yogurt is driven by the fact that it is considered a healthy choice with ample varieties to choose from. Consumers of today demand healthy and versatile yogurt varieties, opening up opportunities for our customers to develop better-for-you yogurts that are targeted at specific individual needs.”

DSM’s dairy ingredients portfolio is responding to consumer demand for healthy yogurt varieties. The range of ingredients deliver natural yogurts with additional health benefits, such as reduced sugar and low fat, while safeguarding or even improving the authentic and appealing taste and texture in a more sustainable and cost-effective way.

View the full report and infographic.