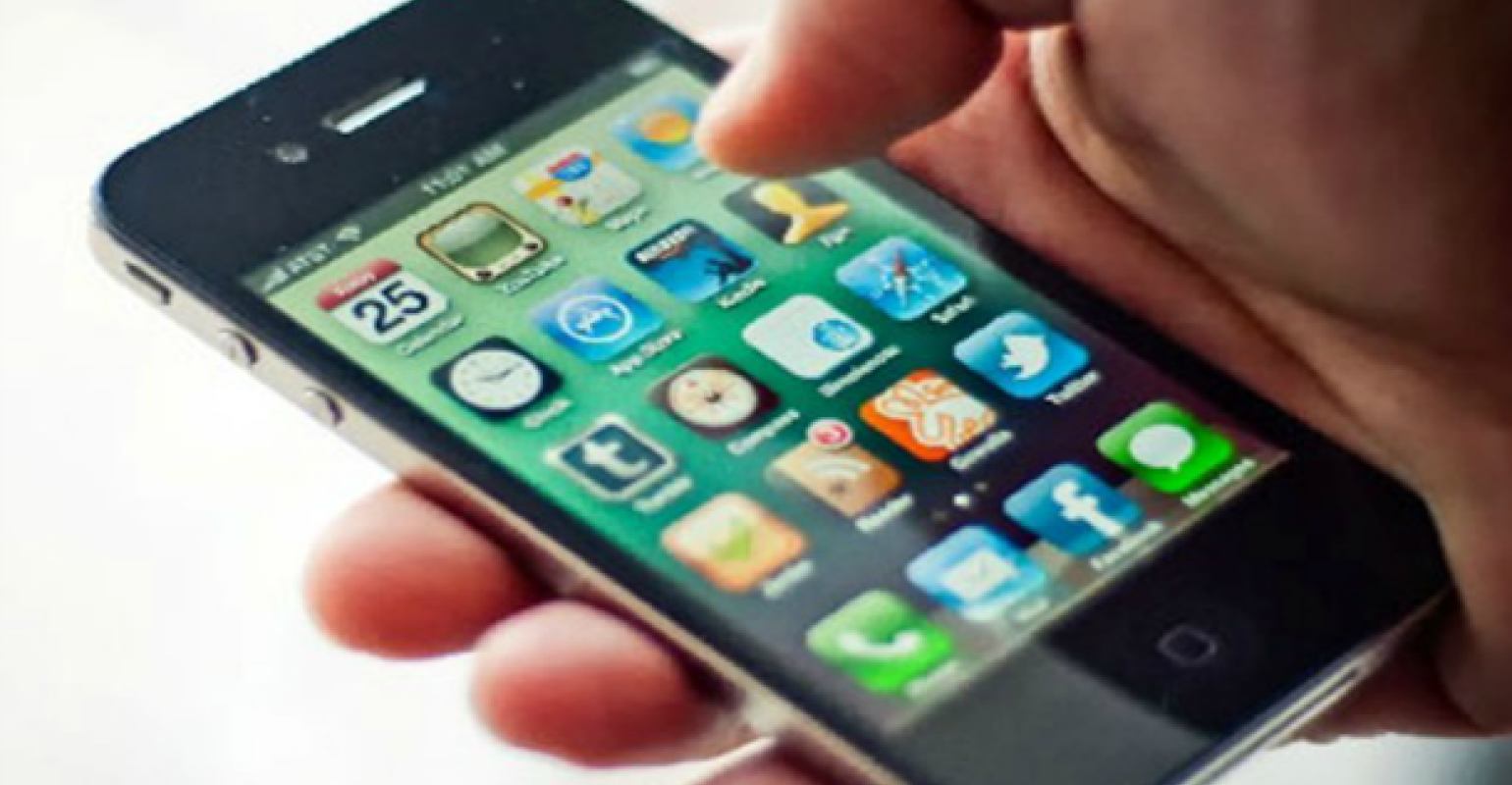 Here are four trends set to impact the American consumer market, which spell opportunities for manufacturers.

As 2014 begins, Mintel’s Consumer Trends Analysts Jennifer Zegler and Stacy Glasgow outline the four trends set to impact the American consumer market, examining the areas of commercial opportunity for brands—and what consumers will be buying into in 2014.

Internationalism on the agenda
“The global community has become close-knit,” says Jennifer Zegler, consumer trends analyst at Mintel. “Connections are heightened by the immediacy provided by technology; each day, people are using social media and other innovations to eliminate the barriers and the boundaries formerly presented by geography. This year, high-profile international sporting events, such as the Sochi 2014 Winter Olympics and the 2014 FIFA World Cup Brazil, will shine the spotlight on the respective host countries. This interest in ‘internationalism’ is already influencing shopping habits, as Mintel research finds that 67 percent of legal US spirits drinkers are interested in trying alcoholic drinks from other countries including Brazilian cachaca, a sugar-cane-based liquor.”

“The proliferation of technology now makes it possible to quell curiosity through an online search about an athlete or country and sports tournaments also provide an opportunity for lasting allegiances. Today, more than half (57 percent) of professional sports fans say they are loyal to a team that is not near where they live, and long-distance cheering is eased by advancements in technology. This search for knowledge could also lead to wanderlust; today, 42 percent of US adults love the idea of traveling abroad. In 2014, as consumers see the beauty of the host countries during the tournaments or learn more about a competing country, we could see an uptick in Americans booking trips abroad,” Jennifer continues.

“People also are touring the world one meal at a time through more adventurous cuisine choices. Today, 62 percent of adults who have eaten ethnic food say they are confident in their ability to prepare ethnic and international food and some 66 percent of ethnic food eaters who are parents say their children enjoy eating ethnic or international food. In 2014, we will see new cuisine trends, including Brazilian and Russian food given the connection to the sporting events, but also a rise in popularity of emerging fare such as Vietnamese, Argentinian, or African. Exposure to a new country through its cuisine could lead to a desire to learn more about its culture, cook a recipe at home, or buy something locally made online,” Jennifer adds.

“As we head into 2014, we’re already seeing brands approach consumers with this international mentality, including mobile service providers competing for globe-trotting consumers. Whether it’s going to dinner at a Brazilian steakhouse or ordering a hand-made item from Russia, the coming year will see a continued increase of global connections,” Jennifer concludes.

Life, streamlined
“In a time when smart watches and Google Glass mean people can access apps without so much as touching a smartphone, the demand for instant gratification will continue to drive consumers in 2014. We see a perpetuated cycle where consumers want faster solutions to their problems, resulting in technology that answers those problems—only to lead to a demand for even faster solutions. In the coming year, wearable and more accessible technology will provide consumers with solutions to problems they weren’t even aware of having,” says Stacy Glasgow, consumer trends analyst at Mintel.

“Busy Americans are seeking tools to save time and to achieve those unforeseen solutions; for example, around half (49 percent) of US consumers who use nutritional food and drinks do so because they are easy to consume on the go. Furthermore, 24 percent of adult drivers say they would be interested in a car that is capable of driving itself in some circumstances, 40 percent agree that ‘having a smartphone allows me to multitask while having fun during my leisure time’ and nearly a third of consumers (30 percent) would like to try technology devices that track exercise exertion and progress. In the retail space, some 63 percent of online shoppers agree that shopping online is more convenient than going to a store, and nearly a quarter (24 percent) of primary grocery shoppers utilize Internet retailers. Those concepts and more will be taken to the next level in the coming year, as consumers seek more digital methods by which they can streamline all areas of life,” Stacy continues.

“In 2014, consumers will find those methods with technologies. In general, consumers and their devices are becoming easier to find—and ping solutions to—as geolocation is brought indoors and given more granularity. Ultimately, this will cut down on the need for people to find products, information and services; instead, the roles are being reversed and the products, information and services find people – allowing them to quickly move on with their more efficient and improved lives. The “Internet of Things” will begin to truly connect our bodies, our devices, and our homes,” Stacy adds.

“In 2014, approaches to convenience in retail will also be taken to the next level. Concepts like virtual shopping walls, mobile in-store checkouts, sizing technology, smart fridges and mobile wallets will be overshadowed by retailers who are beginning to promise one-hour deliveries, and—on a more extreme scale—discussion around delivery via drones could herald an era where next-day delivery becomes a concept of yesteryear. With all of this in mind, the year ahead could see instant gratification and wearable life enhancements balloon beyond the wildest dreams of our 2013 selves,” Stacy concludes.

Drawing the digital line
“In reaction to concerns resulting from hyper-connectivity, in 2014 consumers will become exceedingly cognizant of the need to unplug, to simplify, and to reconnect with the world around them. As America sees increased discussion around the value and usability of wearable and ubiquitous technology, we will in tandem see increased discussion around data privacy. And as digitalization becomes even more pervasive, it will foster a growing culture of impatience, over-sharing, and of privacy concerns—leading to a demand for more of a balance between living online and ‘real world’ experiences,” says Stacy.

“The lingering fallout of the NSA scandal means that privacy concerns are paramount for all consumers. Today, 44 percent of US consumers are concerned that social networking sites display too much information about them, and 81 percent are wary of using their mobile phone as a payment device because they worry about the security of their personal information. Because many consumers have seen ramifications from over-sharing (whether firsthand or through the media), they will at last feel the demand to take measures that will protect their information," Stacy continues.

“Many recent technologies are nearing a point of complete societal saturation, with Mintel research revealing that nearly all US adults (93 percent) who have an interest in cell phones own one and 92 percent of 2013 mobile phone sales were smartphones, keeping consumers even further connected via the Internet. Furthermore, just three years on the market, tablet penetration has reached nearly one-third (30 percent) of US Internet users. The Internet has just reached an age where the youngest adult consumers do not know what life is like without it; these true digital natives are constantly connected without putting thought to it,” Stacy adds.

“With this pervasive connectedness, a full 69 percent of consumers claim they need to set time aside to disconnect from being online. This suggests that consumers have been developing the need to log off for some time, but 2014 will be the tipping point for action as technology becomes increasingly inescapable through wearable devices. While Americans will not abandon digitalization altogether, they will develop a need to know when to unplug, which could lead to reconnecting with tangible and personal surroundings. This movement creates a need for products, places and people that force consumers to disconnect, such as establishments that ban the use of cell phones or offer an incentive for voluntarily putting them away,” Stacy continues.

"An outgrowth of this movement will be the acknowledgement of the need for simplification and slowing down in all areas of life, wherever and whenever achievable. Overall, as consumers in 2014 seek to disconnect from the Internet, protect their privacy and become more in tune with the world around them, they will inherently want to enjoy the moment as well—creating opportunities to facilitate pleasurable, non-digital ‘here and now’ experiences,” Stacy adds.

Investing in prevention
“Skittish Americans have adopted an ongoing emotional state of ‘prepar-nation,’ in which they are focused on anticipating and preparing for both the major and the minor events that could interrupt their status quo. Most people have not forgotten the 2008 global financial crisis, causing them to be more mindful of the state of their finances with 72 percent of US adults claiming ‘I don’t like the idea of being in debt.’ Likewise, half of adults say making sure they do not fall behind on bills or other financial commitments is very important to them in the coming year. Indeed, the country’s debt ceiling crisis in October 2013, which caused a 16-day partial government shutdown, reminded Americans of the frailty of the economy,” says Jennifer.

“Moving into 2014, retirement and healthcare remain key concerns, especially for some 59 percent of adults who are not retired, but say they are worried about how they will live when they get older. Furthermore, 43 percent of American adults agree that healthcare costs will have a negative impact on their ability to retire. The ongoing conversation about US healthcare reform, or, officially, the Patient Protection and Affordable Care Act, has Americans perplexed. Four in 10 (41 percent) adults agree the reform is primarily a positive thing for the country, while 48 percent say the act will increase their health insurance costs,” Jennifer continues.

“Mintel’s research shows consumers already taking steps to improve their health. Around half of juice drinkers consume it to increase their servings of fruits or vegetables as well as to improve their vitamin and/or mineral intake, and 24 percent of people who take vitamins, minerals, or supplements do so to compensate for poor eating habits. In 2014, we will see a continued increase in stealth-health products that are fortified with added nutrients, but resemble familiar food and drink, such as protein-fortified juice drinks or prebiotic fiber-enriched snack bars," Jennifer adds.

"Preventative measures are not limited to diet: 88 percent of adults agree that maintaining a clean home is a good way to stay healthy and 84 percent say it’s important to pay attention to unseen things such as germs and allergens when cleaning. Germ-fighting products are likely to get more attention in 2014 following the request from the US FDA for makers of antibacterial hand soaps to demonstrate that their products are not only effective, but safe for long-term and daily use. This could lead consumers to question all products carrying germ-fighting claims,” Jennifer continues.

“In 2014, across all industries, Americans are open to investing in solutions that can help them be more responsible in the present, while also preparing for any less-than-desirable scenarios that could arise down the road," Jennifer concludes.

Find out more about Mintel’s 2014 US consumer trends and download a free copy of the trends in full by visiting mintel.com/us2014.