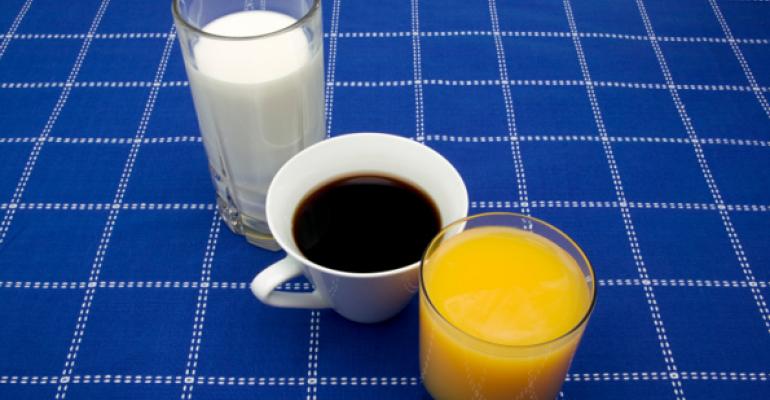 What could possibly more exciting than the perennial appearance of the Pumpkin Spice Latte at Starbucks?

A Pumpkin Spice Latte made with coconut milk.

It’s a sign of the growing popularity of dairy alternatives. Starbucks has nearly 11,800 stores in the U.S. They did not reveal how many of them will be going coco. The bean behemoth has been serving soy milk since 1997.

The announcement comes hot on the heels of Dunkin’ Donuts revelation that they’ll be including Blue Diamond’s Vanilla Almond Breeze almond milk to their coffee creations.

Across the country, almond milk sales are going nuts. White Wave reports that sales of Silk Almondmilk drinks shot up by 52 percent in the first quarter of the year compared to the previous period in 2014.

Why isn’t Starbucks showing the almond industry some love? What’s with the preferential treatment for coconuts? A Starbucks spokeswoman told Reuters that the chain is not testing almond milk at this time due to the "critically important safety of our customers with nut allergies."

Those people should step away from the Almond Croissant Blossom. Though it does pair delightfully with the Pumpkin Spice Latte.