HomeMarket Data and AnalysisSurvey: Post-recession, only 8 percent of millennials cut grocery spending
Recent
Latest
4 tips to get ahead of chemical concerns in packaging
May 20, 2022
7 CBD favorites in the increasingly popular gummies format
May 20, 2022
Mission MightyMe helps parents introduce allergens to babies
May 20, 2022
UNFI's Eric Dorne to step down as chief operating officer
May 20, 2022
Trending
Whole Foods' honors 30 companies with 10th annual Supplier Awards
May 18, 2022
Getting ready for 2023: Trends for brands to consider
May 17, 2022
Sponsored Content
The rise of sustainable business – eGuide
Sponsored Content
Natural beauty market trends
Jun 16, 2021 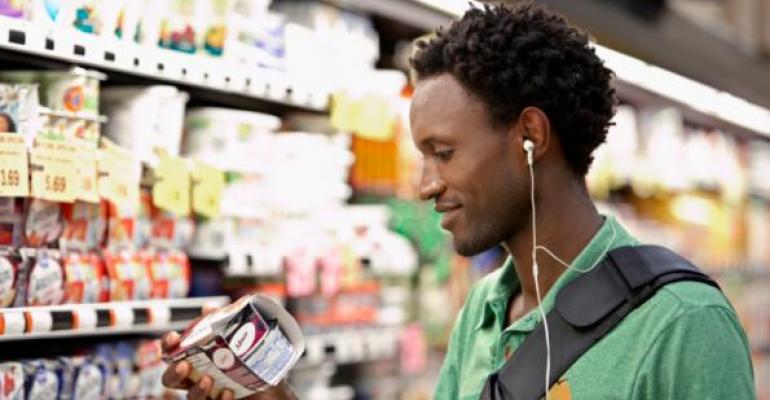 Millennial consumers are reducing entertainment and restaurant budgets before cutting grocery shopping, and they value cost above other factors when choosing where to shop, according to a new survey.

As they recover from the Great Recession, millennial consumers are less likely to reduce what they spend on groceries than they are to cut their budgets for eating out, entertainment and clothing, according to the first Retale Millennial Grocery Report from Retale, a location-based mobile advertising platform.

The survey, which polled 1,000 millennial consumers — those between 18 and 34 years old —  was conducted in the United States from May 2 to 6.

According to Nielsen, the Great Recession fundamentally changed consumer shopping and saving habits long after the 2009 bailouts. Asked if they had been personally affected by the recession, 57 percent of millennials polled agreed. Within the generation, 64 percent of those ages 26-34 answered yes, while only 46 percent of those 18-25 agreed.

Millennials also said that, as a result of the recession's impact, they were most likely to cut spending on eating out (36 percent); entertainment (30 percent); and buying clothes (21 percent). Only 8 percent said they would cut spending on buying groceries.

“Like most age groups, millennial consumers have felt the recession’s impact,” said Pat Dermody, president of Retale. “According to our data, to counteract it and save, they’re dining out less and opting to eat at home more. This is why there hasn’t been a sizable decline in grocery shopping, post-recession. Lost restaurant trips should ultimately benefit grocery retailers.”

Despite the ways the economy has managed to recover since the recession, consumers are still taking a practical and cost-conscious approach to buying.

When asked to choose the three most likely factors in picking a grocery store, the top response was lower costs or opportunities to save (50 percent). Availability of locally-grown or organic products was second with 38 percent, followed by a store's proximity to the home or workplace, 34 percent; technology that makes research and shopping easier (31 percent); and the availability of ingredients for specific recipes (28 percent).

Similarly, when asked to describe their grocery shopping style in one word, thrifty was the most popular choice (34 percent).  Local (24 percent) and foodie (23 percent) rounded out the top three.

“At the end of the day, when it comes to buying groceries, millennial consumers value cost above all else,” Dermody said. “Local or organic, store proximity or technology for convenience — they all come in second to savings. Grocers need to keep this in mind when considering how to best market and sell to this audience.”

The most popular reasons for millennials to use smartphones before they went shopping was to clip mobile coupons and browse weekly ads (43 percent). Rounding out the top five are create and manage shopping lists (27 percent); find recipe inspiration (12 percent); find store locations and hours (10 percent); and look up loyalty account information or my points balance (7 percent).

When asked to identify what would most enhance their grocery shopping experience, 41 percent said they would like offers or coupons sent to their smartphones when they enter stores. In addition, 18 percent want more self-serve checkouts; 14 percent want kiosks to offer product information or coupons; 12 percent cited “the ability to scan an item on my mobile device to get more information about it”; and 10 percent said mobile pay options.

“Mobile is an integral part of the millennial experience, making smartphones the perfect shopping companion for this group,” Dermody said. “Mobile is especially and increasingly seen as a key tool to drive store savings with each trip. We also saw that older millennials tended to use their phones more than younger millennials, perhaps indicating a more concerted effort to save among those most affected by the recession.”