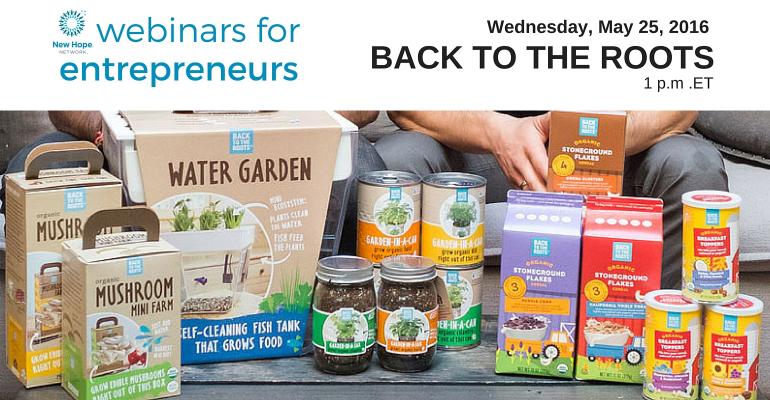 We’re entering a “third wave” of food, where consumers expect the brands they buy from to go even beyond natural and organic to produce healthy, safe and sustainable products.

So says former-classmates-turned-business-partners Alejandro Velez and Nikhil Arora. They met their senior year at University of California, Berkeley, and bonded over their curiosity about a fact their professor had shared: that mushrooms could be grown on coffee ground.

“It was this random, crazy idea of taking waste to grow food that completely changed our paths forever,” Velez said during a New Hope Network webinar for entrepreneurs.

The company’s ready-to-grow and ready-to-eat products are now in 10,000 stores and more than 3,000 elementary schools (along with curriculums to help kids understand how food is grown). During the webinar, they shared two major factors that helped them along the way.

Arora and Velez knew they wanted to make innovative products that were fun and simple enough that kids could enjoy them, but also sophisticated enough that adults would get excited about them, too. But they also didn’t want to re-invent the wheel.

“Can we look to ancient technology, instead of thinking that all of our technology comes in apps and iPhones?” Velez says.

But, leveraging ancient technology and waste isn’t necessarily glamorous. In fact, Arora explained how the duo presented the first iteration of their first product, a mushroom kit, to a buyer in a clear bag with a label slapped on it. They were so proud of it—until the buyer said it was disgusting. That was the kick in the butt they needed to put some real thought into how the product would look on the shelf. “By how it’s packaged and communicated, we could take that same product that would barely sell at the Berkley farmers market and sell it at a Nordstrom or Home Depot.”

On its organic stoneground flakes cereal boxes, Back to the Roots uses playful imagery to show how its wheat is grown and processed. They also print the exact proportions of each ingredient on the box, so people could make the flakes at home if they wanted, as well as the ingredients the box is made from.

“We’re moving into an age where you can’t hide behind clever marketing,” Arora noted. “Anyone buying a product probably over 20 bucks looks at the Amazon reviews to look at what those reviews are like before we buy anything.”

Watch the webinar replay to hear more from these endearing entrepreneurs.

More in the Webinars for Entrepreneur series:
How to grow an EPIC business without fear