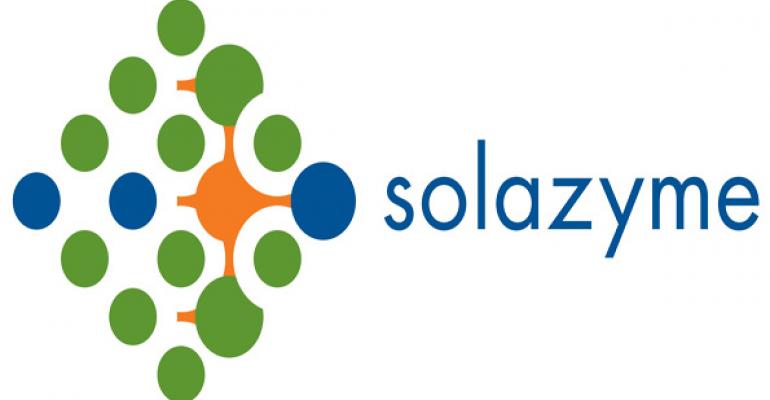 Company made great strides in its commercialization and production goals, including launching Encapso and AlgaVia microalgae food ingredients and starting operations at Clinton/Galva and SB Oils Moema facilities.

“Although 2014 was a challenging year, we made great strides against our commercialization and production goals, including launching Encapso™ and our AlgaVia™ microalgae food ingredients, and starting up operations at our Clinton/Galva and SB Oils Moema facilities,” said Jonathan Wolfson, CEO of Solazyme. “We ended 2014 by demonstrating fully integrated operations at Moema and are confident that we will turn the corner to consistent and reliable operations as well. We have great technology, products and partners and though there is hard work in front of us we are excited about our opportunities and the year ahead.”

“Solazyme’s 2014 revenue growth reflects the continued expansion of our Algenist® product line, shipments from Clinton/Galva and Peoria of Encapso™ and AlgaVia™ branded products, as well as delivery against all of our joint development milestones for our partners,” said Tyler Painter, COO and CFO of Solazyme. “We are focused on maximizing the returns on our capacity investments and driving efficiencies across our operations. We are well positioned financially to accelerate the commercialization of our products in 2015.”

Clinton/Galva: We began commercial production in Clinton and Galva and successfully produced five unique products during the course of the year.

Encapso™: Solazyme introduced Encapso, the world’s first commercially-available, biodegradable encapsulated oil for use as a lubricant in drilling fluids. Commercial rig results have confirmed that Encapso delivered operational improvements such as reductions in torque, increases in drilling speed, and reductions in non-productive time during use in 37 commercial wells.

AlgaVia: In 2014, we launched our microalgae food ingredients business under the AlgaVia brand name. The lipid and protein powders, as well as our high oleic algae oil, are Generally Recognized as Safe (GRAS) in the US and have received “No Questions” letters from the FDA.

Partner developments: In 2014, we made our first deliveries under a 10k MT supply agreement and extended our Joint Development Agreement (JDA) with Unilever; expanded our JDA and established key terms for a five year supply agreement targeting up to 10k MT/year with AkzoNobel; partnered with Versalis to commercialize Encapso; and met all JDA targets with Mitsui.