Why are trans fats so evil? 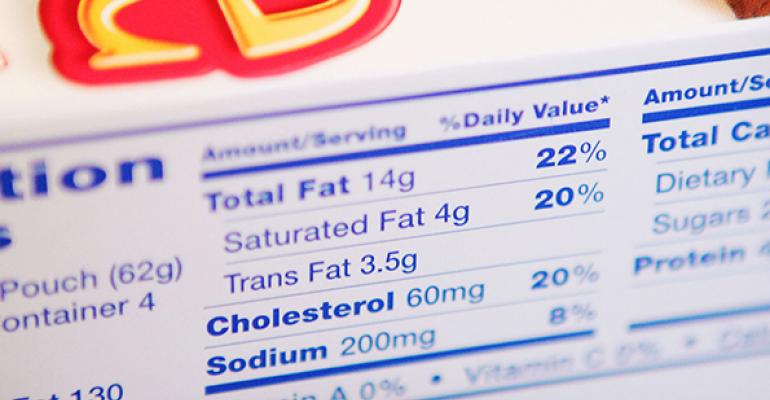 By June of 2018, the food industry must replace the existing use of partially hydrogenated oils in the marketplace&mdash;and that spells opportunity for other ingredient suppliers.

The reason the FDA is outlawing trans fats is that the substance is no longer Generally Recognized As Safe (GRAS). It’s simple as that.

You’d think this was a no-brainer—ever since research from the University of Maastricht in the Netherlands published a study in the New England Journal of Medicine in 1990 finding that trans fats raised LDL cholesterol and lowered HDL cholesterol, the death knell was upon trans fats. The Institute of Medicine concluded that trans fat “provides no known health benefit and that there is no safe level of consumption of artificial trans fat.”

FDA Commish Margaret A. Hamburg, M.D., put a number on it. “Further reductions in the amount of trans fat in the American diet could prevent an additional 20,000 heart attacks and 7,000 deaths from heart disease each year—a critical step in the protection of Americans’ health.”

So first the FDA went the labeling route, which had the effect of compelling the major food manufacturers to simply avoid using trans fats. (Nevermind that a confused public did not always know whether trans fats were the good fats or the bad ones. That same public is similarly confused over the meaning of natural vs organic.) And since trans fat labeling went into effect in 2006, between 67 and 78 percent of trans fats have vanished from the market, and American consumption has dropped from 4.6 grams per day to about 1 gram per day.

That left the intransigent 20 percent remaining foods that just benefited too much from trans fats—your cupcakes, french fry oil and other partially hydrogenated soybean oil confections. The extended shelf life, the mouthfeel, it was too much to just seek out alternatives.

(Pretty sure cigarettes are not GRAS either, but the FDA hasn’t outlawed cigs. Go figure.)

The race is on: Soybeans vs palms (vs, um, liberty?)

There hasn’t been universal applause for this change. The right-wing Independent Women’s Forum, which values “free markets and personal liberty,” waved the red flag that the “onerous regulations” will “result in popular products being removed from store shelves and potentially job losses in the food manufacturing sector,” according to IWF Culture of Alarmism Director Julie Gunlock. (Yes, we’re pretty sure this is a real name, real title and real organization.)

For everyone else, the move spells opportunity. The Malaysian sustainable palm oil folks point out their ingredient is naturally trans-fat free and non-GMO. “When a solid fat is required for product taste and functionality, the only saturated fatty options currently available to replace trans-fatty acids are palm oil or interesterified stearic acid,” says Jonny Bowden, Ph.D., known as The Nutrition Myth Buster.

But the soybean industry, which is the original source for trans fats to begin with, is fine with it, too. Soybeans have the advantage of being grown in the USA—though they are most likely genetically modified. And they’ve been anticipating this move for some time; indeed, they’ve been growing more stable soybean oils since 1998. The American Soybean Association told us the three-year phase-in period will allow soybean farmers the time to plant high-oleic soybean varieties, which provide the functionality of partially hydrogenated oils in baking and frying applications without the addition of trans fats.

“High oleic soybeans represent a key evolution in soybean farmers’ ability to meet the needs of our customers,” said American Soybean Association president Wade Cowan. “But we’ve emphasized to FDA all along that we need the time to get the high oleic trait integrated into soybean varieties and approved in overseas markets so we can produce what the industry demands.”

By June of 2018, the food industry must replace the existing use of PHOs in the marketplace, estimated at between 2 billion and 2.5 billion pounds. The concern, said Cowan, was that without a suitable ramp-up timeframe, the food industry to get the functional characteristics it needs for certain applications would turn to competing oils such as palm oil that are either high in saturated fat or that create a detrimental environmental impact.

The FDA gave industry three years to wipe trans fats from the face of the Earth. What’s notable about that is that, also in 2018, Whole Foods Market will begin full enforcement of its GMO labeling plan for all products sold in its stores. Which means that, by the next mid-term elections, the American diet will be significantly healthier than now. And that’s something to write home about.