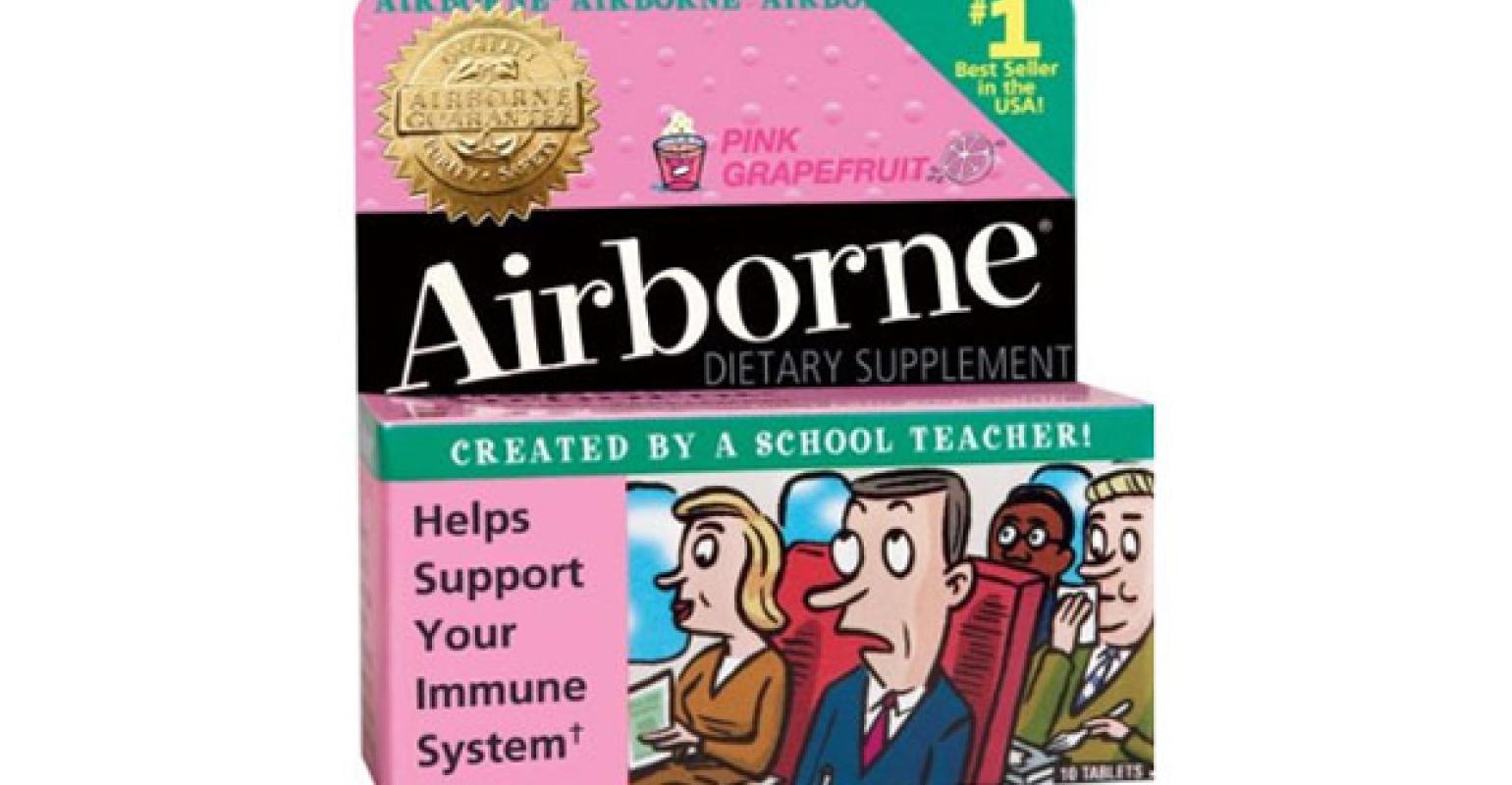 Strategic acquisitions in the supplement sector are heating up as Schiff Nutrition nabs immune health company Airborne for $150 million in cash. Following this and recent sales of New Chapter and Emergen-C maker Alacer, who&#39;s next in line for acquisition?

According to Nutrition Business Journal estimates, Airborne achieved $75 million in 2010 sales. The majority of sales come through the mass market channel.

“Schiff is focused on building premium brands and leading innovation,” said Schiff CEO Tarang Amin in a statement. “We are excited about the Airborne acquisition, which fits well with our strategy and establishes Schiff as a leader in the immune support segment. Airborne is a strong brand and will make an excellent addition to Schiff’s portfolio, and we plan to leverage our science, innovation, marketing and sales capabilities to further its growth.”

Airborne—an immune health supplement developed by elementary school teacher Victoria Knight-McDowell—has a storied history. The company started out as a media darling, as consumers flocked to try the proprietary herbal blend created by a school teacher. But Airborne took its immunity claims too far, and was hit with false-advertising class-action lawsuits, both from the Federal Trade Commission and consumers. Settlements paid by the company amounted to nearly $30 million.

Ownership of Airborne has also changed hands several times. Founder Knight-McDowell sold the company to Boston-based private equity firm Summit Partners in 2005, but reacquired the company in October 2008 after she became increasingly unhappy with how her former company was being managed. The 2008 transaction came on the heels of the false-advertising lawsuits. At the time, there was speculation that Knight-McDowell may have reacquired the company for less than she initially sold it.

Then, in October 2009, the private equity arm of New York City–based GF Capital acquired the company for an undisclosed sum and installed former CNS Inc. head Marti Morfitt as CEO. According to NBJ estimates, Airborne’s sales have been in a slump lately, falling from over $100 million in 2008 sales.

Schiff paid the acquisition in cash, of which it has built up quite a store over the last several years, thanks to years of profitability and a $50 million investment from private equity firm TPG Growth in October 2010. Schiff used some of that cash last year to purchase Sustenex and Digestive Advantage, the over-the-counter probiotics brands from Ganeden Biotech, for $40 million. With a stated objective of leading the supplement industry through acquisition, NBJ expects more deals of this kind from Schiff in the near future.

“Airborne seems to fit in with the Schiff model well,” said Scott Van Winkle, analyst at Cannacord Genuity. “Schiff's been picking up its activity with the purchase of assets from Ganeden. I like their focus on core categories. They’ve been quite successful with their marketing. Schiff wasn’t even a brand 10 years ago. MegaRed wasn’t a brand six or seven years ago. They’ve done quite well.”

Learn more about Airborne by checking out their company profile.

What supplement brand will be acquired next?

This year, money is raining down from the strategics, evidenced by the trio of recent supplement deals: Schiff’s buy of Airborne, Procter & Gamble’s acquisition of New Chapter, and Pfizer’s purchase of Emergen-C maker Alacer.

Seems that the pre-recession private equity deals in the supplement industry have now come to fruition, and big strategic buyers are interested in safe players of scale. Alacer, maker of Emergen-C, has a strong presence in food, drug & mass (FDM), and sells pre-DSHEA ingredients in tried-and-true formulations. Airborne, despite the tarnish of its false-advertising scandal, remains a powerful FDM brand with room to grow.

“It's very interesting that Airborne and Emergen-C were taken out in less than a month and a half,” Van Winkle said. “I would suspect that the timing of those transactions [Alacer and Airborne] are correlated. You have a bunch of bidders in Emergen-C, and the process finishes, and that expedites an Airborne transaction.” Rumors suggest that Schiff was interested in Alacer, but settled for runner-up Airborne.

As for P&G and New Chapter, bankers and natural retailers alike are still scratching their heads. New Chapter has been a mainstay in natural retail for decades—though that may be changing—and could find success in targeted launches into mass, but the deal is certainly an awkward marriage.

These deals have exhibited strong valuations, though, shoring up the strong strategic interest in the supplement space. Insider estimates put the Pfizer/Alacer buy at a remarkable multiple of 20x EBITDA. Valuations run the gamut for P&G/New Chapter, but NBJ conservatively estimates 10x EBITDA for that sale. In that vein, early math might place Schiff/Airborne at 10x to 15x.

With the two leaders in the effervescent immune category now off the market, we could expect strategics to focus on other players in core categories.

Rumors are swirling around fish oil captains Nordic Naturals and Ocean Nutrition Canada, as well as digestive health company Renew Life—which is partly owned by Swander Pace Capital. Other good candidates might be Canadian companies Natural Factors and Jamieson Labs, both strong players in natural. Reserveage is also one to consider, as the company has quickly developed a diverse product line with strong, multi-channel distribution. And in the emerging brain space, Focus Factor is a leader and one to watch for the future.

“Clearly the activity in the nutritional supplement sector is robust,” said Van Winkle. “There’s interest, there’s capital, and there are sellers.”