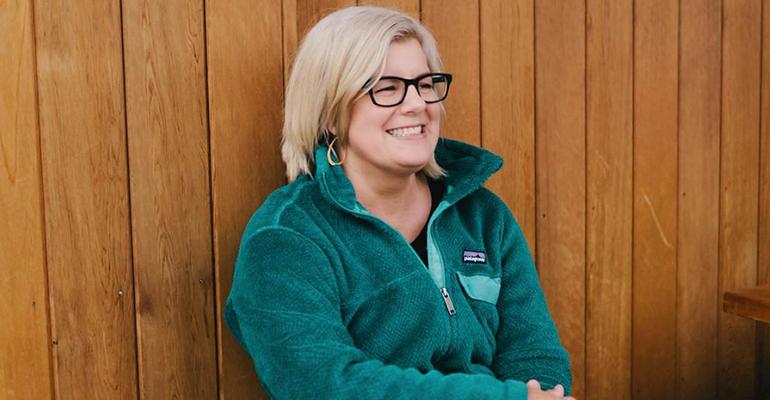 Lisa Sedlar of Green Zebra Grocery is raising capital to expand the healthy convenience retail store chain; here are her top tried-and-true methods for thriving throughout the fundraising process.

You’ve heard it before from start-up brands: Fundraising is hard and often takes a lot longer than anticipated. So what about fundraising to open a new store or expand your retail chain? We caught up with Lisa Sedlar, founder and CEO of Green Zebra Grocery, who is in the middle of fundraising in an effort to open new stores. The fourth Green Zebra Grocery store is scheduled to open in Portland, Oregon, this fall, and Sedlar is raising money to expand the healthy convenience chain on the West Coast with concentrated efforts in Washington and California. The plan is to eventually reach 100 locations.

The stores, which are typically around 4,50 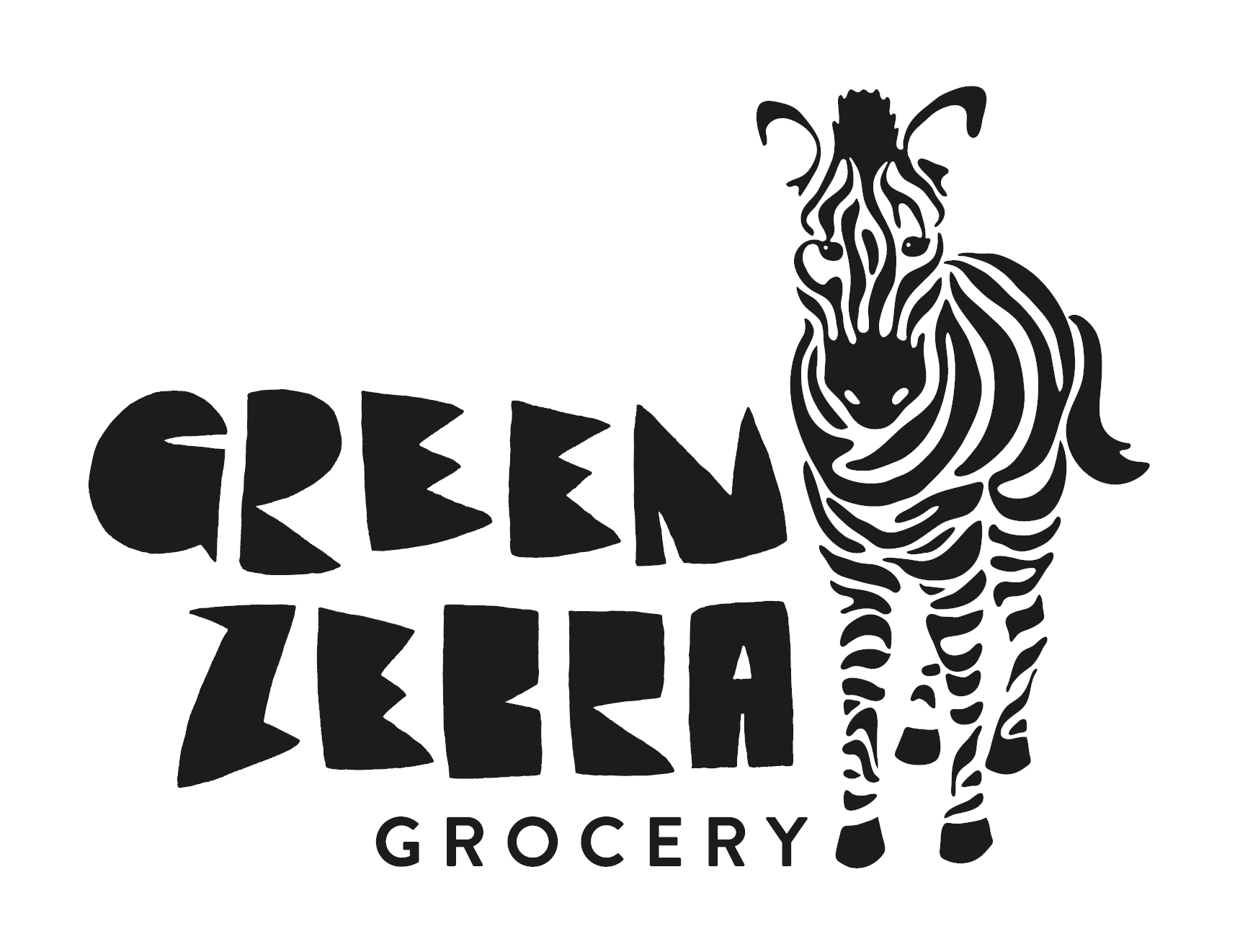 0 square feet in size, are often in locations where there is an absence of large retailers. Another plus. says Sedlar, is that “Landlords look at us as an anchor amenity for a building. They are willing to work with us on tenant improvement allowances because they see us as a draw.” Sedlar is also exploring the no-employee micro-store concept, along the lines of what Amazon has done with its Go stores.

As she anticipates fundraising for the next few years, she says, the key is to be able to execute the strategy with a debt load that isn’t too onerous on the business. Here are her most helpful tips to get you there.

1. Put yourself out there—a lot

While you can definitely go down a rabbit hole taking meetings and trying to find the right investor, you have to be open and willing to do this. “There is no magic wand, no crystal ball; you have to grind hard and it means you take a lot of meetings,” says Sedlar. “You never know which person you meet with will result in the investment. So you have to chase down a lot of opportunities that might seem far-reaching because you don’t know which is the one that says, ‘I love your model, this is the one for me.’”

Investors often invest in people as opposed to the business plan. “A lot of investors say, ‘I invest in people.’ So you have to make sure you are putting your best foot forward,” says Sedlar. And when they say they are investing in people, what they are really investing in is the founder. “For a startup you have to be the person. It’s your idea, you know how to talk about it, you’re passionate about it. If they think you have what it takes they will invest in you.” The second or third step will be that they want to meet the team, she adds.

3. Don’t be afraid to ask questions

Investing in people goes both ways. You are creating a partnership, so you have to make sure you like and agree with what the people investing in you stand for. It’s important that you also ask potential investors a lot of questions. “Do your research. Know what they have done. What do they invest in and how big of a check do they write,” says Sedlar. “If an investor can’t tell you ‘this is where the money comes from, these are the sectors I am passionate about, here is the network I bring with me,’ then there might be something that isn’t a fit.” Investors are not always transparent, but Sedlar stresses that it is important for the founder and the investor to be aligned philosophically from a values perspective. “If you’re not getting along at the beginning, I guarantee after a $5 million investment, it won’t be a good fit or it will get a lot worse.”

4. What you are asking for differs for everyone

A lot of founders will say that they don’t want to take too much equity because then their ownership gets diluted down too much. But Sedlar poses the question, “Would you rather have a large percentage of ownership of a small thing, or have a smaller percentage of a big thing? It’s personal, but you have to determine what your goals are.” In the process of building out 100 stores on the West Coast, Sedlar says she expects her ownership to be diluted but that she is okay with owning a small piece of a bigger thing.

5. The benefit of bank debt

If you do not want to get diluted, bank debt can be a good way to go. “With bank debt you are not diluting your own percentage in the company, but it does come with covenants that can be restrictive for growth. So you have to weigh whether these will hold you back in your growth.” She adds, “You don’t want to limit your availability to grow because a covenant says you can’t unless you reach this level of profitability first. There are times in the market when the time to grow is now.” Yet, Sedlar adds, everything is usually negotiable, so don’t feel as though you are completely locked in. “The banks want to work with you and want you to be successful. If you don’t hit your goal, know that you usually can go back and renegotiate and find a solution.”

As you research investment or venture capital groups, Sedlar says it is important to look at their capacity to bring follow-on capital should you need it in the future. “Invariably, we are very optimistic and we think we can do more with the money we raise than it actually costs. So raise more than you think you are going to need because if you have to spend all of your time raising money, you won’t be able to execute on your business plan.”

Sedlar is exploring investments from various VC groups, banks, online investment groups and even crowdfunding. While the latter is not a good overall strategy, crowdfunding could be used for specific, discreet forms of fundraising. Likewise, Circle Up helped Green Zebra close a round of capital. The beauty of online platforms, says Sedlar, is that they bring in people who you wouldn’t normally have access to or who would never see the deal otherwise.

Usually, says Sedlar, lenders want some sort of collateral (or secure debt instrument) to secure the loan—in the event of default these assets could be used to help pay off the debt. This is usually equipment, fixtures, or it could be a building or property. Sometimes an investor wants a personal guarantee and that is something you have to be very thoughtful about according to Sedlar. A personal guarantee, for example, could be your house. If the business is going according to plan, the debt will eventually roll off as the company hits certain benchmarks. However, Sedlar cautions, “Make sure you know what those benchmarks are, because you don’t want that guarantee on you for your whole life if you are not meeting a benchmark. You have to have the stomach for it. You have to be able to tolerate debt, knowing you could lose your house.” At the same time she says being willing to take on a personal guarantee shows the investor that you are all in.

To start the process Sedlar reveals that her team "put together a spreadsheet with 65 different groups in our sector in food or retail. The CPG equity groups and VC groups don’t necessarily like brick and mortar retail, they know they are dependent on them but don’t see them as capital efficient. So I try to find groups with experience with quick serve, convenience or grocery in their portfolio.”

Green Zebra’s first loan came from a regional nonprofit group called Craft3, which focuses on making loans “to strengthen the economic, ecological and family resilience in Oregon and Washington.” Sedlar says, “They focus on helping minority business founders, women or people of color amongst other initiatives. They want to help first time founders, minorities and neighborhoods thrive. They loaned us almost a million for our first store … they have been an amazing partner over the past 4.5 years.”

Noting that Green Zebra just got a nice investment for their next round of fundraising, Sedlar says it’s a bit of a lemming effect. “Getting a good lead investor brings other people to the table. It accelerates the timing of the raise. People follow if you have a good lead. You just need one good one to get the momentum going.”

10. Being an entrepreneur is hard, so be prepared

“You win and lose every day, and the things that made you good in your career to this point don’t always make you good as an entrepreneur,” says Sedlar, who was formerly the CEO and President of New Seasons Market after working at Whole Foods Market as a purchasing director. “I had 20-plus years in food and grocery. Starting Green Zebra is different than running an already existing business. It’s so much harder than you can imagine. You don’t budget for extraordinary costs—so that can wipe out profit for a fiscal period and you have to find a way to make it back up. That nimbleness is important.” She adds, “If change in growth is not something you are comfortable with, make sure you hire someone who is as your right hand.”

“I think the single hardest thing to do is raise money, because we start these businesses with the idea we want to make an impact with our idea and we get into the fundraising world and it takes so much time and takes away from executing at the things we are good at. It’s soul crushing because it is not the thing that is fun or rewards your hard work,” says Sedlar. “You get a lot of ‘No’s.’” But, in time, the networking becomes second nature.