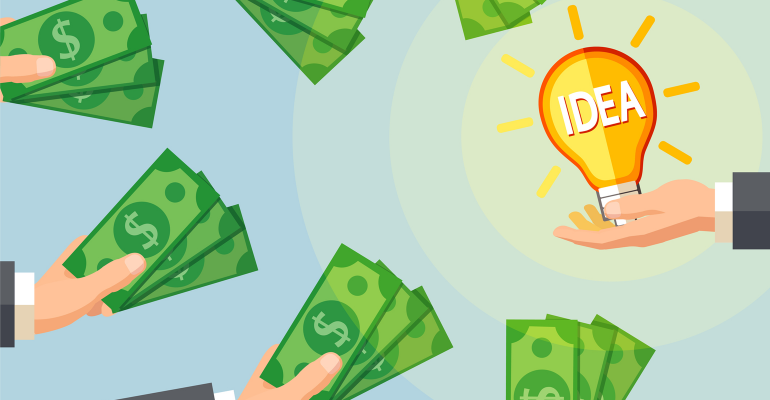 When it comes to seeking venture capital, Douglas Raggio, managing partner of Bias & Blind Spots, likes to decry its problems and pitfalls to founders.

Even though Raggio says an infusion of venture capital has gone up by a factor of 10 since he entered the healthy food and beverage industry as an investor more than a decade ago, he’s quick to point out very few successful independent businesses have staying power: About half of all U.S. small businesses survive the first five years, yet only one in three make it 10 or more years according to a Small Business Administration report released in 2018.

Despite thousands of founders seeking funding each year, global food and beverage funding equates to $5.9 billion invested across 1,300 food and beverage deals since 2012, according to CB Insights, a firm that tracks venture capital and startups. That’s coupled with another problem: A majority of the world’s food supply is owned by less than a dozen corporate behemoths.

“VC funding is overcommitted in food and beverage,” says Raggio, a self-proclaimed “recovering venture capitalist” who vets more than 250 opportunities per quarter in the healthy food and beverage category while actively monitoring more than 120 companies directly. “The buyers aren’t buying as frequently or as big as they should to support the influx of VCs.”

Related: How to know when you should get outside funding

Right now, many strategic acquirers are saddled with debt and poor financial performance, Raggio says, which has created a “gross imbalance” of sellers in part because venture funding is headed into the eighth year of a typical 10-year cycle.

If you still want to raise money through venture capitalists, consider Raggio’s advice.

The number of high-risk investors is a relatively tiny portion of all investors. Instead, Raggio says, founders should think about pragmatic investors, including friends and family who might want to invest but also want to retain their wealth.

When you’re raising cash, position yourself against things like a municipal bond or a high-yield savings account, Raggio says, not a high-risk situation where the goal is to exit in three years.

2. Create a plan that includes a non-exit strategy.

Because exits are few and far between, founders need to discuss their downside coverage to help mitigate potential risks.

Raggio’s advice: Show how you will make money for a potential investor, but also how you won’t lose everything. “Talk about how the money comes out of the investment without an exit,” Raggio says. “Nobody talks about the downside.”

Raggio worked with a company in the cold coffee brew category that originally sought $1.5 million in venture funding to use toward marketing but it also wanted to have a positive impact on its community and supply chain.

Instead, Raggio says the company ended up raising $4.5 million from a family office that already had an empty warehouse. More than 3 million of the investment went into the facility for new cars, trucks and equipment, Raggio says. This helped the funders hedge their bets by having the ability to sell assets if the deal soured and gave the founders what they initially wanted, but in a manner that resonated with investors.

“People aren’t coached to talk about assets,” Raggio says. “Assets are great because rich people love owning stuff because it has value. It can cover a portion of financial losses in case something doesn’t go right.”

Instead, do the research.

Understand your direct competitors and larger indirect competitors. Determine your velocity—how well your product sells when it’s available to customers in that space—and typical profit margins for your type of product to help determine how much capital you might need.

A compelling product might be something that has a 93% gross margin, that operates in a commodity category or has higher consumptions rates than the category average, Raggio says.

5. Understand how a waterfall works.

Many startups begin with seed funding, crowdsourcing, or angel investing. Then comes private equity, which is typically millions of dollars instead of hundreds or thousands of dollars. Every round of financing—series A, B, C and sometimes D—means the investor is going to get their money back and their preferred return, usually 1x-1.75x, says Raggio. Most food companies go through series C or D rounds of financing, he adds.

“Typically, last money in is the first money out plus their preferred return,” Raggio says. This continues through the various rounds until the profits are split via allocations of ownership.

Sometimes called a distribution waterfall, this means after any initial investment capital is returned, an investor then receives a multiple, like 1.75x or a percentage, before any additional distributions are made.

Like buckets that pour into one another from the top down—hence the waterfall term—each bucket below has to fill before the next investor or a founder receives profits by ownership percentage.

For example, say a founder sells for $100 million. If a series D investor put in $20 million, they might get $25 million or more out, Raggio says.

That leaves roughly $65 million to be allocated by ownership percentage. With the average founder owning 11% of their company when they exit, that’s equal to about $8 million, Raggio says.

“Is that really worth five years of grind?” Raggio asks. “Or should you have built a $5 million company that you sold yourself for 2x for $10 million?”

Why your brand should consider getting a line of credit
Jul 18, 2019

Female founders: Hitting roadblocks raising capital? Here's what you can do.
Apr 26, 2019

The important questions your emerging brand should ask (and answers you should know)
Apr 24, 2019