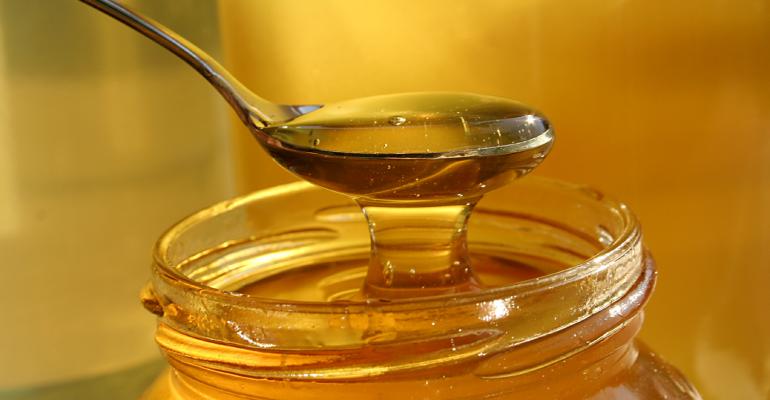 Firmenich points to Greek yogurt, cereal bars, ice cream, beef jerky, vodka and whiskey as just a few of the products where honey is now becoming a standard flavor option.

Honey's popularity has seen consistent growth over recent years as consumers gravitate towards food and beverage products which are considered artisanal and crafted, or locally sourced. Honey has the ability to create a unique flavor impression that romances consumers of all ages. While universally sweet and at once full-bodied, the flavor also leaves a delicate impression that has consumers wanting more.

The decline in bee populations around the world—and the potentially devastating effects this could have on the planet and its food systems—has also put honey in the global spotlight. The world needs bees in order to maintain a healthy ecological equilibrium and as bees buzz on the world's stage, the appeal of their product has swelled.

Similar to wine, the taste of honey is greatly impacted by its geographic location, climate, soil and temperature, what is often referred to as its terroir. The combination of these elements is why the flower nectar has a special composition; and this gives the resulting honey from that nectar a unique flavor fingerprint. As consumers continue to be more interested in where their food comes from, honey is a naturally appealing option, as it speaks to our need for storytelling and authenticity in a world which has become so fast-moving with the speed of information technology.

"You can just do so much with honey," says Patrick Salord, senior flavorist at Firmenich. "For a flavor that is as sweet as honey is, it shows remarkable versatility. Depending on the application, you can tone down the sweetness, or even tone it up! It's a flavor that has no limit in its potential, and people respond to that."

Depending on the terroir and the pollens the bees have gathered, honey can reveal a wide range of notes. "Honey flavor can contain anything from light and delicate white flowers such as chamomile, lily of the valley or linden; to powerful and heady flowers such as jasmine or rose," says Salord.

"But that's not all. Honey can also contain notes similar to dried flowers such as lavender, as well as animalic and leathery notes typical of acacia. You can find woody, piney, and even smoky notes," he concluded. To capture the richness and complexity of honey flavor, Firmenich has developed a unique extraction technology called Naturome®, which preserves the subtle profile of natural products.

The world of honey
According to Mintel data, honey flavor in food is growing across the world and across categories. "Honey was a logical choice for 2015," said Mikel Cirkus, director of Firmenich's Conceptual Design team and trend forecaster for the Flavor Division. "It is indeed a classic flavor, yet it is also a flavor which is having an enormous resurgence in popularity in recent years. Product developers are realizing what a fantastic and versatile flavor honey is in regards to combining it with other tonalities."

While the desire to blend honey isn't new, Firmenich notes that honey combinations have exploded in recent years. "Honey and hot sauce, or 'bee sting sauce' as it's sometimes called, has become the hottest condiment since sriracha," says Sandy Cook, senior TechnoChef™ on the Company's Savory team. In a marriage of trends, Pizza Hut has just introduced a new sauce with honey and sriracha. Similarly, while honey and poultry have been paired for decades (think honey roasted chicken), red meat and even shellfish have followed suit with items like honey-braised short ribs and honey-fried oysters appearing on menus.

Ubiquitous, yet exceptional
Firmenich believes honey has the potential to enter the flavor canon in the likes of chocolate, vanilla and strawberry, perennial favorites that reach the ultimate flavor adjective: classic. Cereals like Honey Nut Cheerios and Honey Smacks, Bit-O-Honey candy, and honey mustard sauce are just a few of the industry's gold standard honey products. Firmenich points to Greek yogurt, cereal bars, ice cream, beef jerky, and alcohol, including vodka and whiskey, as just a few of the products where honey is now becoming a standard flavor option.