HomeProducts and TrendsInvestments on the rise in natural & organic pet food
Recent
Latest
Sponsored Content
Elevating the organic message – download
The Analyst’s Take: Top three takeaways from NBJ’s Global Supplement Business Report
Jun 30, 2022
Sponsored Content
How choosing products made with organic palm oil is critical for the future health of the planet – webinar
2 coconut beverage brands share their sustainability stories
Jun 30, 2022
Trending
Unboxed: 7 clean collagen powders with a twist
Jun 21, 2022
Getting ready for 2023: Trends for brands to consider
May 17, 2022
Southwest Georgia Agri-Tourism Trail supports Black farmers, historic farms
Jun 27, 2022
No, multivitamins are not a 'waste of money'
Jun 23, 2022
NBJ
brought to you by

Investments on the rise in natural & organic pet food 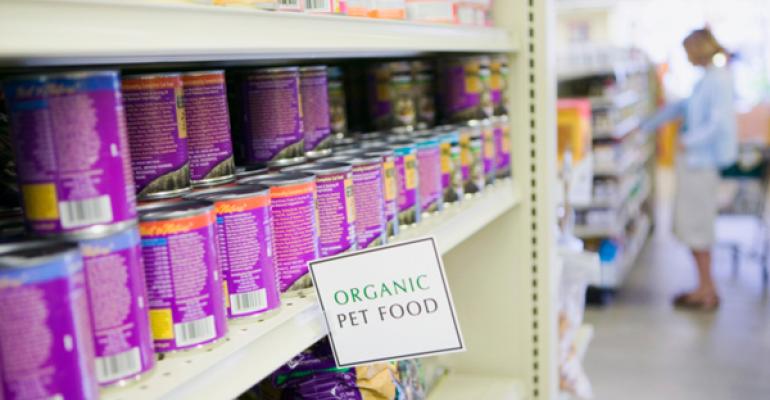 M&amp;A activity still vibrant in pet food sector, with both brand-owners and retailers feeling the love.

With the increasing interest for healthy and nutritious food, pets have not been left by the wayside. Because of mounting consumer interest in natural products and information about pet food ingredients, the natural pet food market has grown at a feverish pace, with no slowdown in sight. So too has investment and acquisition activity in the market continued to thrive.

Pet food retailers have also receive significant attention. One noteworthy investment from 2012 was ACG's investment in Kriser’s Pets—often referred to as the “Whole Foods for pets.” Kriser’s has seen considerable success and is planning to open an additional 20 stores by the end of the year, including some in Chicago, Southern California and Denver.

Another retailer, Only Natural Pet, which sells online and has a store in Boulder, Colo., received funding from Revelry Brands in 2011. The CEO of Only Natural Pet, Marty Grosjean, says that since the major pet food scandal of 2007, the business has really started to ramp up.

“Our store continues to grow year after year. It’s driven primarily by more and more people turning to natural pet food,” he says. “The older formulas from bigger companies, those are starting to tail off, at least in our store. We tend to have a pretty cutting edge customer base here in Boulder.”

Only Natural Pet began their online business in 2004, and since 2006, sales have increased tenfold. The retail store in Boulder, which opened in 2008, has seen sales double since then. Pet food accounts for 60% of the store’s total sales.

Compared to stores like Only Natural Pet, larger operations such as Petco or Whole Foods carry bigger brands and more conventional formulas. Grosjean says that really knowledgeable customers are looking for new, better natural products than those. The reason these smaller companies and retailers can compete with the big guys is because they’re the innovators and leaders of the industry.

“Really, the independent pet market tends to be a step ahead of big box guys in terms of health and quality,” Grosjean says. “Where we’re seeing the most success is in emerging foods—grain free, raw dehydrated and raw frozen—things like that.”

Many predict that the natural and organic pet food industry will only continue to expand and develop.

“There’s a lot of room for it to grow as it goes beyond pets stores and heads into mass merchant and grocery stores as well,” Grosjean says. “It’s still a relatively young market in terms of overall pet food sales. I would see it continuing to grow for many years to come.”

Lane agrees that the market will continue to expand. She says that pet supplements are underexplored and have high potential in the industry. She also expects increased interest from customers in natural, organic and raw pet food.

“Consumers are fanatical about their pets and treat them more like people daily,” she says. “They are willing to spend almost whatever it takes. Investors have definitely witnessed this trend and are aggressively pursuing opportunities in the sector.”